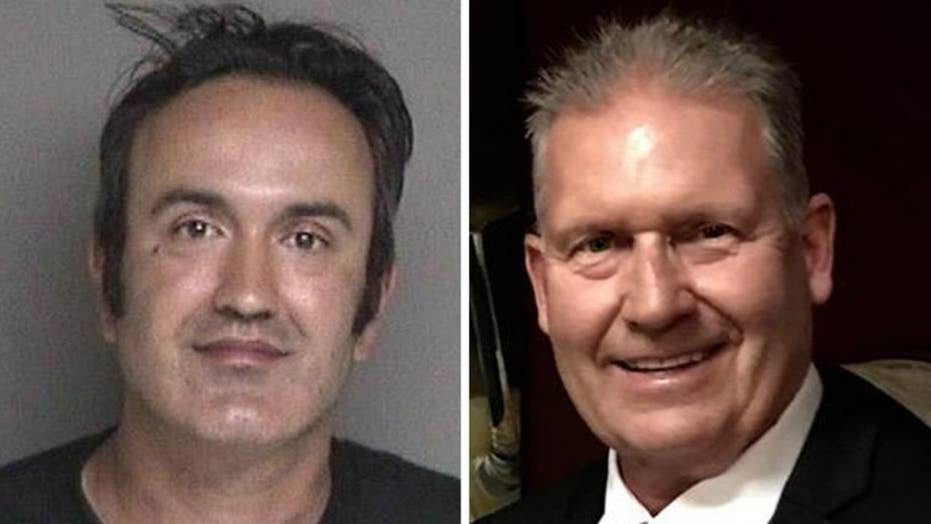 GOP congressional candidate Rudy Peters was injured when Farzad Fazeli allegedly attacked him with a knife while shouting obscenities about the Republican Party and President Trump.

A Republican House candidate in Northern California was attacked by a knife-wielding man who was shouting profanities about President Donald Trump at a local fair over the weekend, the San Francisco Chronicle reported Tuesday, citing authorities.

Kelly said Peters was manning one of the vendor booths at the festival when Fazeli, 35, approached him "in an aggressive manner and made disparaging remarks about his political party and elected officials."

“All of a sudden we hear someone screaming, “F— Trump, f— Trump!” a witness said.

At that point, authorities suspect, Fazeli pulled out a switchblade knife and tried to stab Peters, but the weapon malfunctioned.

Kelly told The Sacramento Bee that Fazeli may have also thrown a glass mug at Peters. He added that at one point, the candidate used a campaign sign to defend himself from the attacker.

"You're dealing with a knife — a deadly weapon," Kelly told the paper. "Anything you can use, including a sign, would be a good option. It would provide you some level of protection."

Fazeli fled the scene, but was arrested a short time later on charges of felony assault, criminal threats, brandishing a weapon and possession of a switchblade. He is being held at the Santa Rita Jail.