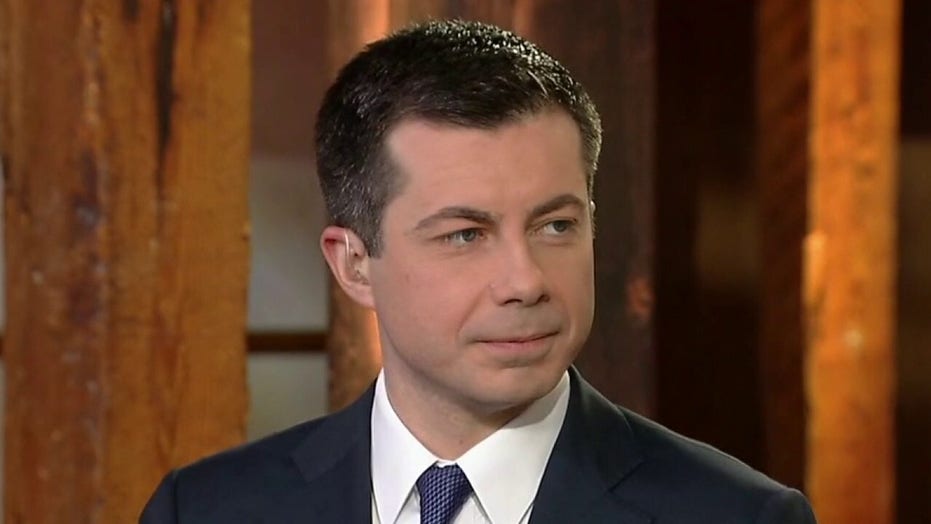 Former South Bend, Ind. Mayor Pete Buttigieg, who claimed victory in the hotly contested and controversial Iowa caucuses, has had a target on his back of late, and he fired back after taking shots from rivals former vice president Joe Biden and Sen. Bernie Sanders, I-Vt.

Biden, who recently released an ad that appeared to mock Buttigieg's political experience, had said of the ex-mayor, "He's no Barack Obama." Buttigieg threw it right back.

Buttigieg later continued his war of words with Sanders, who took a shot at Buttigieg over his financial backing during Friday night's Democratic debate.

"Unlike some of the folks up here, don’t have 40 billionaires, Pete, contributing to my campaign, coming from the pharmaceutical [industry], Wall Street and all the big-money interests," Sanders said.

Buttigieg responded Sunday by looking at his ultimate goal: winning the general election.

“We are building the movement that is going to defeat Donald Trump," Buttigieg said. "I want everybody to help out.”

The former mayor said it does not matter to him how wealthy a supporter is if they are willing to help his campaign and be a part of his mission. Buttigieg said his campaign has received 2 million contributions, with the average being "under 40 bucks."

Buttigieg said rather than dividing the Democratic base, he is looking to unite people behind him.

Buttigieg also addressed an issue that came up during Friday's debate regarding statistics related to black people being more likely than whites to be arrested for marijuana.

"That disparity is there, and it's there in our city and across the country," he said while saying that the big picture is that "in my city, black residents were less likely to be arrested on drug charges than in the state or in the country."

Still, Buttigieg said "the disparity is real," and is part of why he supports legalizing marijuana. He also endorsed decriminalizing other drugs to treat rather than incarcerate addicts and those with mental afflictions.

Looking at general elections, Buttigieg said he supports the elimination of the electoral college. He doubted that doing so would result in states such as Iowa and New Hampshire being overlooked in favor of large population centers in coastal cities.

"We don't run governor's races with some electoral college system where certain counties count more than certain other counties, and if you want to earnt that office you campaign everywhere," he said. "I think the same is true for the country."