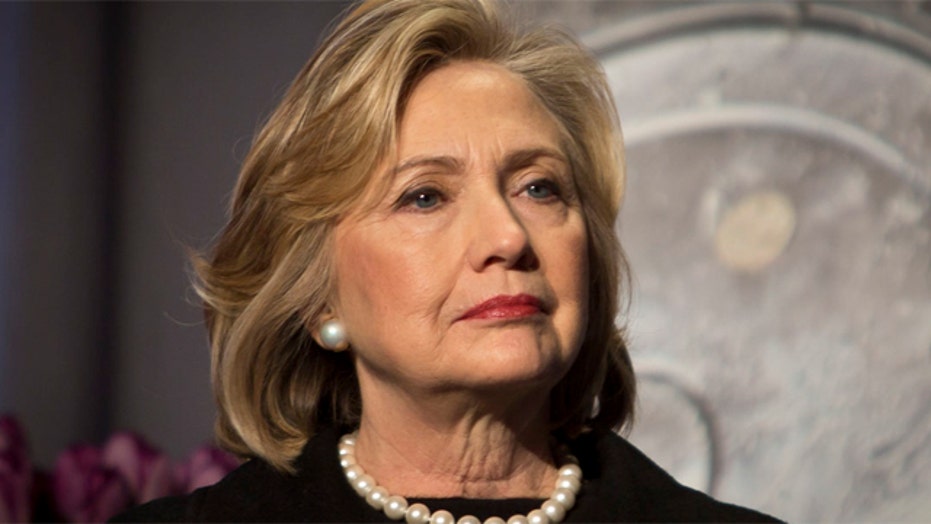 Controversial adviser Sidney Blumenthal was sending then-Secretary of State Hillary Clinton guidance on sensitive diplomatic matters much earlier than previously known, even as the White House was blocking him from becoming a part of her staff, according to emails released late Tuesday by the State Department.

The emails, part of a series of document dumps from Clinton’s private email server from which she controversially conducted official State Department business, also show that Clinton paid special interest to the attempt to hire Blumenthal.

Blumenthal served as a senior adviser to former President Bill Clinton between 1997 and 2001, but was reportedly prohibited by the Obama administration from taking a job with Clinton's State Department team.

However, in an email dated November 5, 2009, Blumenthal sent Clinton an email titled “Agenda with Merkel,” encouraging Clinton to develop the Transatlantic Economic Council, which he said “now languishes.” Noting that it was German Chancellor Angela Merkel’s major initiative when Germany held the EU presidency in 2007, Blumenthal advised that “raising Merkel’s project and reinvigorating it would undoubtedly be well received.”

Emails previously released by the State Department and the House committee investigating the 2012 Benghazi attack showed that Blumenthal forwarded intelligence information to then-Secretary Clinton about Libya around the time of the attack that killed four Americans. Clinton then asked that his insight be circulated amongst the staff.

The above 2009 email is one of several that year showing that Clinton was receiving advice from the controversial confidant much earlier than had been previously known.

Additionally, a conversation between Clinton and her Chief of Staff Cheryl Mills on June 22, 2009 shows Clinton’s interest in getting Blumenthal hired. In response to an unrelated matter, Clinton writes to Mills: “Good. What is latest re: Sid Blumenthal.”

Mills writes, “Will see – he is doing the paperwork.”

The confidant’s role with Clinton became clearer in a June 2009 email. Blumenthal passed an email along to Clinton from then-U.K. Prime Minister Gordon Brown and spoke of her helping him with “Adams” in a meeting with Martin McGuiness of Northern Island. Adams is apparently referring to Gerry Adams.

Blumenthal gave more of his input before Clinton's 2009 speech to the Council of Foreign Relations in New York. Blumenthal told Clinton her speech must have "a distinctive and authoritative voice."

"The speech must be crafted with a sense of real time and cannot be delivered out of sync with it," he wrote. "Slogans can become shopworm, especially those that lack analytical, historical and descriptive power."

“Hillary: FYI,” the message read. “I found this one of the most sensible and informed brief articles on Afghanistan. Patrick Cockburn, of the London Independent, is one of the best informed on-the-ground journalists. He was almost always correct on Iraq.”

"Administration officials knew more than previously disclosed, Sidney Blumenthal was involved with more than just providing Libya off-the-books intelligence, and State Department officials were possibly fundraising on government accounts," the statement said. "These emails however are just the tip of the iceberg and we will never get full disclosure until Hillary Clinton releases her secret server for an independent investigation."

The revelations come at an awkward time for Clinton, now a presidential candidate, who had repeatedly sought to distance herself from Blumenthal, saying his advice on Libya and other issues was “unsolicited.”

The emails, covering March through December 2009, were posted online Tuesday evening, as part of a court mandate that the agency release batches of Clinton's private correspondence from her time as secretary of state every 30 days starting June 30.

Clinton's emails have become a major issue in her early presidential campaign, as Republicans accuse her of using a private account rather than the standard government address to avoid public scrutiny of her correspondence. As the controversy has continued, Clinton has seen ratings of her character and trustworthiness drop in polling.

The monthly releases all but guarantee a slow drip of revelations from the emails throughout Clinton's primary campaign, complicating her efforts to put the issue to rest. The goal is for the department to publicly unveil 55,000 pages of her emails by Jan. 29, 2016 -- just three days before Iowa caucus-goers will cast the first votes in the Democratic primary contest. Clinton has said she wants the department to release the emails as soon as possible.

"There's been nothing but nearly nonstop work on this" since the last group of emails was released, State Department spokesman John Kirby told reporters Tuesday at briefing in which he acknowledged the inconvenient timing. "You have to understand the enormity of the task here. It is a lot of stuff to go through."

Clinton turned her emails over to the State Department last year, nearly two years after leaving the Obama administration. She has said she got rid of about 30,000 emails she deemed exclusively personal. Only she and perhaps a small circle of advisers know the content of the discarded communications.

Though Clinton has said her home system included "numerous safeguards," it's not clear if it used encryption software to communicate securely with government email services. That would have protected her communications from the prying eyes of foreign spies or hackers.

Separately, the State Department on Tuesday provided more than 3,600 pages of documents to the Republican-led House committee investigating the deadly 2012 attacks in Benghazi, Libya, including emails of Susan Rice, the U.S. ambassador to the United Nations at the time, and former Clinton aides Mills and Jake Sullivan.

In a letter to the committee, the department said "to the extent the materials produced relate to your inquiry, we do not believe they change the fundamental facts of the attacks on Benghazi."

Four Americans, including Ambassador Chris Stevens, were killed in the assaults on the diplomatic facility in Benghazi on Sept. 11, 2012. Several investigations have faulted security at the facility, but found that the CIA and military acted properly in responding. One Republican-led House probe asserted no wrongdoing by Obama administration officials in its report last year.

The House committee will hold a public business meeting next week to vote on whether to release the transcript of Blumenthal's deposition. Blumenthal testified behind closed doors for more than eight hours earlier this month, and Democrats have been pressing the panel to release the full transcript.