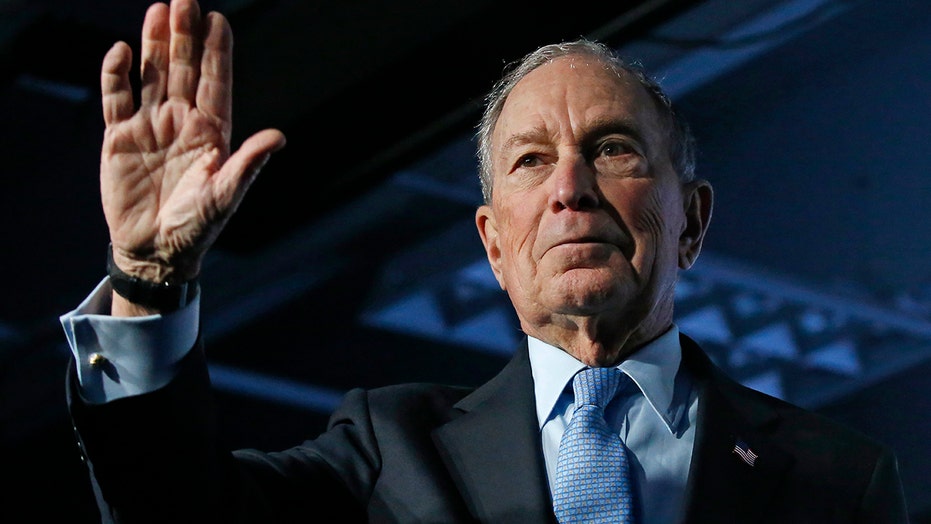 Bloomberg's billions fail to buy him a good debate showing

Michael Bloomberg's presidential campaign has spent over $400 million and one of its latest expenditures is aimed directly at President Trump -- it's placing anti-Trump billboards along potential motorcade routes that the president may take while on his trip to campaign out west.

The billboards poke fun at Trump for his steak preferences, golf habits, past business ventures and more. They will go up around Phoenix and Las Vegas, including one close to a Trump hotel and several around McCarran International Airport in Nevada, in hopes that Trump will see at least one as he arrives or leaves for a rally.

The messages on the billboards include:

A billboard being purchased near Trump campaign stops in Arizona and Nevada, provided to Fox News by the Bloomberg campaign.

A billboard being purchased near Trump campaign stops in Arizona and Nevada, provided to Fox News by the Bloomberg campaign.

WHERE DOES MIKE BLOOMBERG STAND ON THE ISSUES?

The Bloomberg campaign says the ads are meant to ensure Americans know important things about the president.

Bloomberg, who was attacked from all sides at Wednesday night's Democratic presidential debate, particularly for his wealth and the several nondisclosure agreements he's signed with women who said he sexually harassed them, had up until that point been rising quickly in the polls thanks to the nearly unlimited campaign war chest that is his personal wealth.

He's used that money in a number of unorthodox ways. The former New York City mayor is paying his staff handsome salaries that are guaranteed through November -- not standard practice on political campaigns. In another example, Bloomberg is paying "deputy digital organizers" a $2,500 per month stipend to post about him on social media and text their friends about the campaign, news that was first reported by the Wall Street Journal.

The cheeky billboards would seem to be just one more way in which the New York billionaire is taking the fight directly to the president, something he argues that, among Democrats, only he can do.