Biden says students are like teachers' children when in classroom

President Biden spoke at a teachers event Wednesday at the White House.

President Biden told teachers that when in class, children are "like yours" and not anyone else's.

The president's remarks came during a Teacher of the Year event at the White House on Wednesday.

"They’re not someone else’s children, they’re our children," Biden said. "And they are the kite strings that literally lift our national ambitions aloft."

President Biden speaks during the 2022 National and State Teachers of the Year event at the White House, Wednesday, April 27, 2022. (AP Photo/Susan Walsh)

Biden reiterated the statement later in his address.

"You have heard me say it many times about our children, but it is true. They’re all our children. And the reason you are the teachers of the year is because you recognize that," Biden said. "They’re not somebody else’s children. They’re like yours when they’re in the classroom."

"They’re not somebody else’s children. They’re like yours when they’re in the classroom," President Biden said at the White House on April 27, 2022. (Yasin Ozturk/Anadolu Agency via Getty Images)

Biden's statements come at a time when Democrats and Republicans in different states are at odds over whether parents should have control over what their children are taught in school. 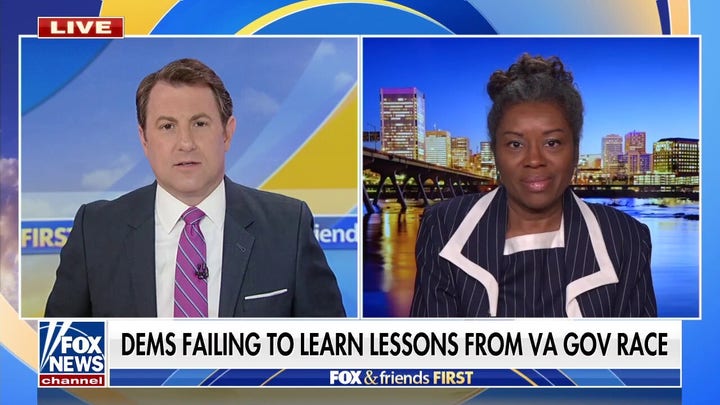 In Florida, Gov. Ron DeSantis signed a law prohibiting lessons about sexual orientation or gender identity before third grade, only for Democrats to vilify the legislation by calling it the "Don't Say Gay" bill. Last year, Glenn Youngkin was elected governor of Virginia after opponent Terry McAuliffe said, ""I don’t think parents should be telling schools what they should teach."