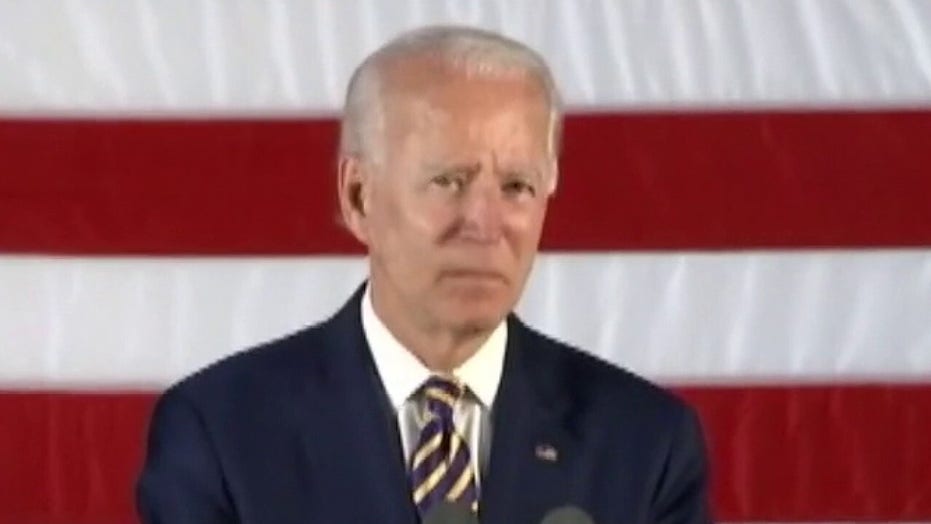 With four-and-a-half months to go until Election Day, Joe Biden’s going up with his first TV ad buy of the 2020 general election campaign.

The presumptive Democratic presidential nominee’s team also announced a “national cable component that includes Fox News,” as part of their outreach to people who voted for President Barack Obama in 2008 and 2012 but supported President Trump in 2016.

The commercials will run in Michigan, Pennsylvania, Wisconsin, Florida, Arizona and North Carolina. Both English and Spanish spots will air in Florida and Arizona.

Biden’s campaign went dark on TV in mid-March, as he became the overwhelming front-runner in the primary race for the Democratic nomination and as the coronavirus pandemic forced the postponement of most upcoming primaries due to health concerns over in-person voting. Since then, the Biden campaign has concentrated on digital advertising, ramping up their online ad buys over the past month.

The main pro-Biden super PAC – Priorities USA – along with Unite the Country and American Bridge, carried the load on TV during the three months Biden refrained from television advertising. The announcement of the first major general election ad blitz comes just days after the Biden campaign and the Democratic National Committee combined raised a whopping $81 million in May.

President Trump’s re-election campaign began airing TV ads about a month ago, spending $22.7 million through Monday, according to Advertising Analytics, a major ad tracking firm. The Trump campaign’s TV commercials are airing in the same six battleground states where Biden’s going up with ads, as well as in Ohio and Iowa, two states Trump captured by larger margins in 2016 that initially were not considered competitive swing states in 2020. But recent polling indicates close contests in both of those states.

“The ads feature Biden in his own voice. A voice of clarity and moral authority that the country desperately needs,” Patrick Bonsignore, Biden campaign director of paid media, said.

And he noted that the audio in the spots come from a recent major address Biden gave in Philadelphia focusing on the nationwide protests over police brutality toward minorities and the larger issue of systemic racism sparked by last month’s death of black man George Floyd in police custody in Minnesota.

“The country is crying out for leadership. Leadership that can unite us. Leadership that brings us together. That’s what the presidency is. The duty to care. To care for all of us, not just those who vote for us but all of us,” Biden says in one of the spots.

And taking aim at Trump without naming him, the former vice president says: “I promise you this. I won’t traffic in fear and division. I won’t fan the flames of hate. I’ll seek to heal the racial wounds that have long plagued our country, not use them for political gain. I’ll do my job and I’ll take responsibility. I won’t blame others.”

The ad uses a clip of the president holding a Bible outside of a church near the White House amid the protests, a photo opportunity that was heavily pilloried by Trump’s critics.

In the second commercial, which makes no indirect mention of the president, Biden praises “the great American middle class” and singles out people newly considered “essential workers” due to the coronavirus outbreak, stressing that “we need to pay them.”

The Spanish-language spot takes aim at Trump for his handling of the pandemic, using a video clip of the president saying: “We have it totally under control….This is gonna go away without a vaccine.”

With the ad blitz starting on Juneteenth – the day that marks the end of slavery in the U.S. – the Biden campaign said it’s also spending six figures to go up with African American-focused digital, radio and print content in the same six swing states.