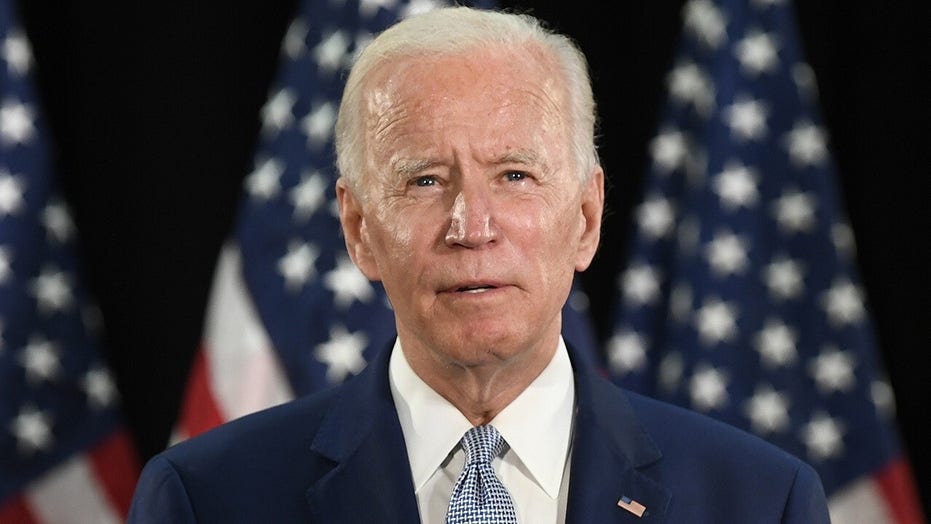 HOUSTON -- Former Vice President Joe Biden on Monday met privately in Texas with the family of George Floyd, whose death two weeks ago while in police custody has sparked nationwide protests.

Civil rights attorney and Floyd family lawyer Benjamin Crump described the meeting in Houston, noting that Biden spent much of the meeting listening.

“Listening to one another is what will begin to heal America. That's just what VP @JoeBiden did with the family of #GeorgeFloyd – for more than an hour. He listened, heard their pain, and shared in their woe. That compassion meant the world to this grieving family," Crump emphasized in his tweet.

But the presumptive Democratic presidential nominee is not planning to attend Tuesday’s memorial for Floyd. According to a Democratic source with knowledge of the conversations, Biden didn’t want his Secret Service protection to disrupt the service. A Biden campaign official told Fox News that the former vice president is recording a video message for Tuesday’s memorial service.

The 46-year-old black man died after a white Minneapolis, Minn., police officer put his knee on the handcuffed Floyd’s throat for nearly nine minutes. The now-fired officer -- Derek Chauvin – has been charged with second-degree murder and had his first court appearance on Monday.

Floyd’s death and the resulting peaceful protests -- as well as violent clashes and rioting in cities across the country -- quickly pushed longstanding concerns over police brutality against minorities and the broader issue of the country’s history of systemic racism firmly back into the national spotlight.

Biden said a week ago that he had spoken with Floyd’s family, adding that he promised them that “we’ll do everything in our power to see to it that justice is had.”

The former vice president – in an address last week that was carried live by all three major national cable news networks – called Floyd’s death a "wake-up call for our nation” and vowed to reverse the nation’s “systemic racism with long-overdue concrete changes.”

"We're facing some of the greatest challenges in our history, and Donald Trump is patting himself on the back. He just has no idea what’s really going on in this country. It's time for him to step out of his bunker and look around at the consequences of his words and actions," Biden tweeted on Monday.

The president on Saturday – using all capital letters – tweeted "LAW AND ORDER."

And on Sunday he tried to tie Biden to the increasingly vocal push by many activists and some Democrats to defund police departments. "Sleepy Joe Biden and the Radical Left Democrats want to 'DEFUND THE POLICE'. I want great and well paid LAW ENFORCEMENT. I want LAW & ORDER!” Trump tweeted.

While Biden’s repeatedly voiced support for the peaceful protests against police brutality and systemic racism and has push for police reforms, he doesn’t support defunding law enforcement. His own plan for criminal justice reform advocates spending $300 million to beef up community-orientated policing.

Biden campaign spokesman Andrew Bates tweeted on Monday: “As his criminal justice proposal made clear months ago, Vice President Biden does not believe that police should be defunded.”

He emphasized that “Biden supports the urgent need for reform -- including funding for public schools, summer programs, and mental health and substance abuse treatment separate from funding for policing -- so that officers can focus on the job of policing. This also means funding community policing programs that improve relationships between officers and residents, and provides the training that is needed to avert tragic, unjustifiable deaths.”

Trump reelection campaign communications director Tim Murtaugh fired back, saying, "Joe Biden cannot be let off the hook after his campaign issued a weak statement from a mid-level staffer. We still haven’t heard from Joe Biden himself on the radical ‘Defund the Police’ movement in the Democrat Party.”

Biden’s trip to Houston on Monday came as the president met at the White House with law enforcement leaders. Trump said that 99 percent of police officers are "great, great people,” and stressed that “there won’t be defunding, there won’t be dismantling of our police.”