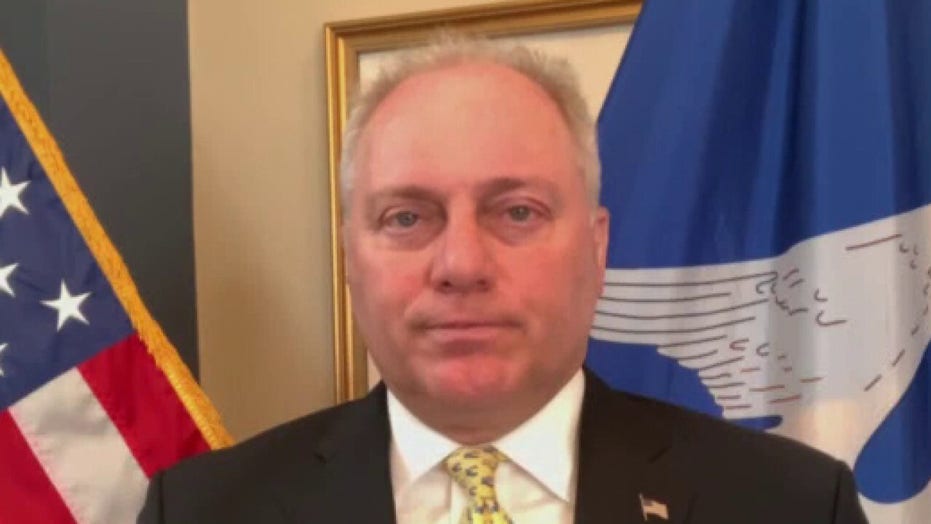 Rep. Steve Scalise on the GOP probe alleging collusion between the CDC and the American Federation of Teachers on school reopening guidance

A government accountability group is launching a $1 million advertisement campaign against President Biden and the Centers for Disease Control and Prevention (CDC) after it was revealed the agency regularly communicated with a prominent teachers union regarding school reopenings.

Americans for Public Trust (APT) launched a million-dollar ad campaign going after Biden and the CDC after it was recently revealed the American Federation of Teachers (AFT) lobbied the organization on school reopenings.

According to a script exclusively obtained by Fox News, the ad, called "Science," opens with a clip of Biden telling Americans to "listen to the scientists" and the National Institute of Allergy and Infectious Diseases Director Dr. Anthony Fauci saying to get "children back to school."

"We know schools are safe," a voice-over in the ad says. "But Biden and his CDC secretly worked with the teachers unions to keep schools closed."

The ad blasts Biden and the CDC for "sacrificing kids" and keeping them out of school, saying the president is trying to "pay back liberal dark money groups."

"Teachers unions gave him a record amount of money. Science?" it continues. "No."

The website in the ad torches the president for "immediately" rewarding groups that "spent a record amount of dark money" to elect Biden.

"Top operatives who ran dark money groups are now working in the White House, and the extremist groups that got him elected are already seeing their policy wish list take effect," the website says. "It’s only the beginning of dark money running the Biden administration."

Laxalt said emails in the hands of APT "clearly show the CDC politicized science under pressure" from the union, which he said is "both a teachers union and a dark money group."

Nevada’s former top cop said children "already suffering from distance learning" were kept at home while "exasperated parents were lied to," and teachers who longed to return to in-person instruction "were forced to stay distant from their students."

TEACHERS UNIONS CONTINUE NEGOTIATIONS EVEN AFTER 80% OF TEACHERS GET VACCINATED

"Biden is putting the interests of dark money special interests over those of parents, students and teachers," Laxalt said. "The dark money groups pull the strings and the American people are suffering the consequences."

APT is a nonprofit group that aims to increase accountability for politicians and political groups over "corrupt and unethical behavior," according to its website.

Emails obtained by APT via a Freedom of Information Act request earlier this month revealed the teachers union had been lobbying the CDC over school reopening guidance.

Randi Weingarten, president of American Federation of Teachers, is facing criticism from parents and Republicans over a speech she gave last week in favor of fully reopening schools this fall. Weingarten, and teachers unions generally, opposed returning to in-person learning for much of the pandemic. Weingarten's late rebranding as a proponent of reopening schools prompted a fresh round of criticism.   (REUTERS)

One of the suggestions came just as the CDC was preparing to restart in-person learning due to a decline in coronavirus transmission rates. The agency adjusted its guidelines to include a provision that allowed for a "new update" in the event "of high community-transmission results from a new variant" of COVID-19.

Additionally, the union requested teachers "who have documented high-risk conditions or who are at increased risk" be allowed to work remotely with similar policies added for staff with household members highly susceptible to the virus.

AFT told Fox News earlier this month it had been "in regular touch with the agencies setting policy that affect their work and lives, including the CDC."

Last week, Randi Weingarten, president of AFT, came under criticism from parents and Republicans due to her late rebranding as a proponent of reopening schools. Weingarten, and teachers' unions generally, opposed returning to in-person learning for much of the pandemic.

The ad campaign by APT began today and will run on the cable networks for three weeks in Washington, D.C.