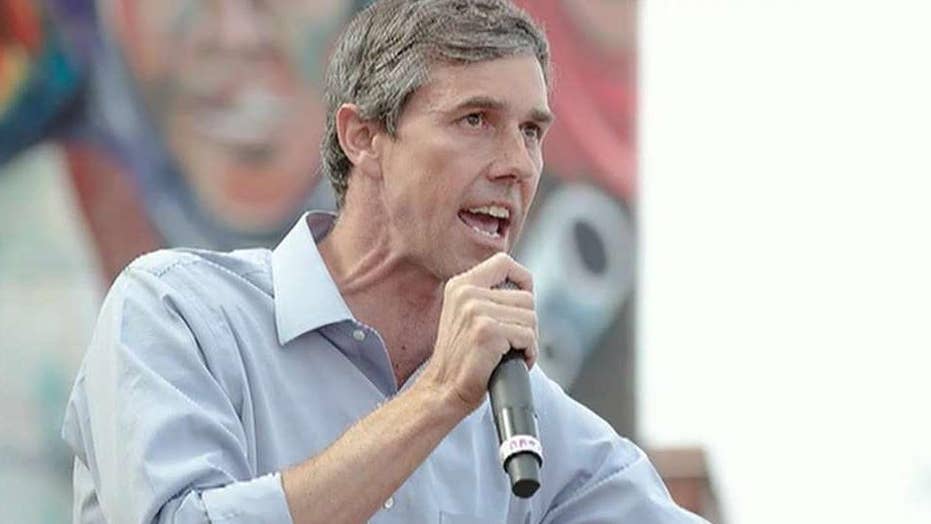 The Texas Democrat's staff shrinks as the field of primary challengers grows; Peter Doocy has the details.

The former Texas congressman unveiled the first major policy proposal of his candidacy, which is a climate change initiative that would cost $5 trillion in over 10 years in hopes of reaching zero carbon emissions by 2050.

Appearing on MSNBC, O'Rourke promoted his proposal but was asked about his prior support from the oil and gas industry, and whether the relationship would be a problem going forward.

"Do you see the oil and gas industry as an opponent in that? Won't you have to declare yourself in opposition to their interests?" MSNBC host Chris Hayes asked.

O'Rourke responded "yes," but said he is optimistic that the industry will take part in his initiative.

"We know that certain oil and gas corporations have been fighting public policy on this issue, have been hiding their own science and research at the expense of our climate and human life," O'Rourke told Hayes. "So whenever those two things come in contrast or in opposition, I'm always going to choose the people of this country."

"Having said that, I want to make sure those who work in the oil and gas industry, those who work in the fossil fuel industry are brought along as partners to make sure that we make this transition in the ten years we have left to us as the science and scientists tell us to make the kind of bold change that we need," the former congressman continued.

"We cannot afford to alienate a significant part of this country and we cannot do this by half measure or by only half of us. It can't be Democrats versus Republicans, big cities versus small towns, we all have a shared interest in a cleaner future for this country. So I'm going to work with, listen to everyone anytime, anywhere to make sure that we advance this agenda and get to net zero greenhouse gas emissions by 2050."