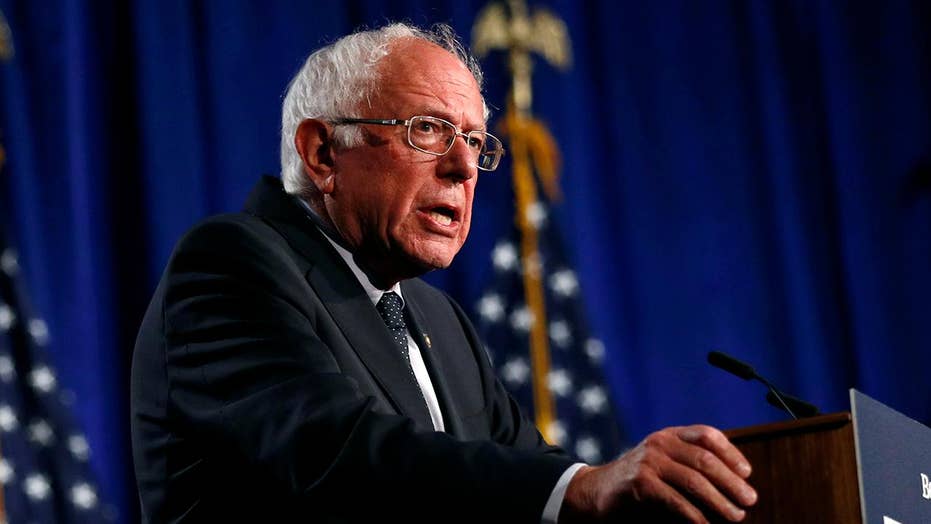 Staffers seek wage Sanders is campaigning for; Peter Doocy has the details.

Speaking to Jon Favreau on the podcast “Pod Save America,” Sanders, I-Vt., a 2020 Democratic presidential primary hopeful, admitted that it is difficult to ignore Trump’s controversial tweets, but argued that focusing on them and not the issues would almost guarantee that the current occupant of the White House remains there for another term.

‘[Y]ou cannot ignore Donald Trump and his tweets and his lies,” Sanders said. “But if you become obsessed with them, I guarantee you will lose the election.”

Sanders also criticized his fellow candidates for not shifting the focus of their campaigns to include young and working-class voters.

“The establishment hangs out with the wealthy and the comfortable and people in power and the establishment kind of forgets that as we speak there are millions of people living paycheck to paycheck, who can’t afford health care, who can’t–are paying 50 percent of their limited incomes on rent, who are scared to death about an illness in the family that might bankrupt them,” Sanders said.

Sanders appeared on the popular liberal podcast just days before he is set to take the stage at the second Democratic primary debate and as he battles with Sen. Kamala Harris of California for the second spot in the polls.

Trump on Monday also suggested that “Crazy Bernie Sanders” be labeled as “a racist” for calling Baltimore a “Third World country” and a "disgrace" in 2015. This comes as Trump faces accusations himself of racism for his incendiary tweets.

"I assume that Bernie must now be labeled a Racist, just as a Republican would if he used that term and standard," Trump tweeted Monday.

Sanders tweeted back that "Trump's lies and racism never end. While I have been fighting to lift the people of Baltimore and elsewhere out of poverty with good paying jobs, housing and health care, he has been attacking workers and the poor."