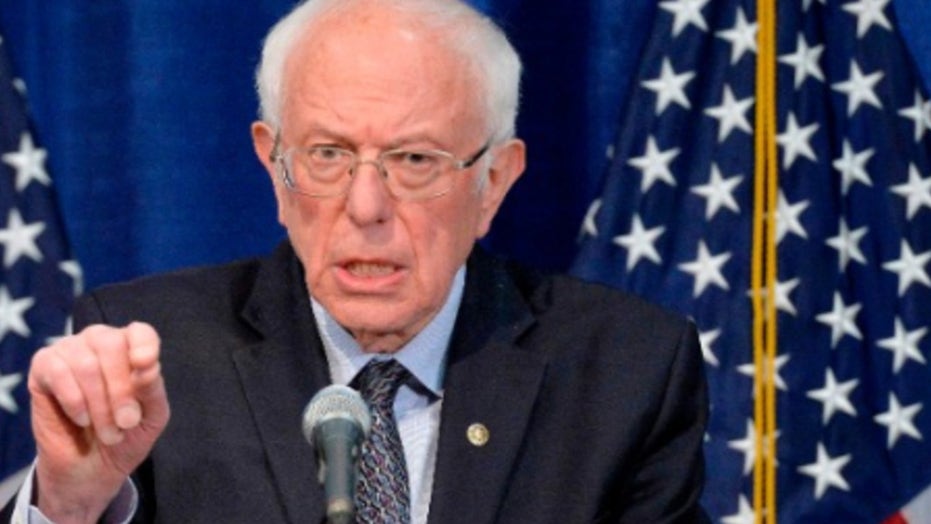 As the number of coronavirus cases in the United States rises to at least 1,700 as of Friday morning, both major Democratic presidential candidates have taken President Trump to task over his administration's response to the disease, while rolling out plans of their own on how they would fight the virus.

Vermont Sen. Bernie Sanders compared how the U.S. should be responding to the pandemic, as declared this week by the World Health Organization, to the "scale of a major war." He laid out his vision for how the government should fight the coronavirus in a speech Thursday.

Here is how Sanders would fight the disease officially known as COVID-19.

Sanders warned Thursday that "the number of casualties" from the coronavirus "may actually be even higher than what the armed forces experienced in World War II." He said that he would declare a national emergency if he were president and called on Trump to do the same.

Sanders lamented that the U.S. medical system does not currently have the means to deal with a worst-case scenario coronavirus outbreak.

He said that the government should "respond aggressively to make certain that we, in fact, have the latest and most effective tests available and the quickest means of processing those tests." The processing time for coronavirus tests has been one of the most criticized elements of the Trump administration's response to the outbreak, and it announced measures to speed up testing Friday morning.

Sanders also highlighted a need for extra medical equipment to deal with an influx of patients presenting respiratory symptoms caused by the novel coronavirus.

"None of the medical experts that I have talked to dispute that there is a major shortage of ICU units and ventilators that are needed to respond to this crisis," Sanders said. He called on the government to "aggressively" work with private businesses to ensure hospitals have that equipment.

Additionally, Sanders asked, "medical residents, retired medical professionals and other medical personnel to help us deal with this crisis."

"The pharmaceutical industry must be told in no uncertain terms that the medicines that they manufacture for this crisis will be sold at cost," Sanders said Thursday. He said he would not tolerate "price gouging or profiteering."

Sanders called for help for those who lose their jobs or can't work because of the coronavirus, "instead of providing more tax breaks to the top one percent and large corporations."

The Vermont senator recommended 100 percent salary compensation capped at $60,000 per year for those who lose their jobs, as well as help for tipped workers at restaurants and other establishments that are seeing fewer customers as people stay home to avoid spreading the disease.

Sanders would also have school lunches delivered to students' homes, put a moratorium on evictions and foreclosures, build emergency homeless shelters and ban utilities from shutting off services to people who miss their bills.

The democratic socialist senator also said he would give emergency loans to small and medium businesses.

He also cited the outbreak to renew his call for his signature policy. Sanders said that if the U.S. had already implemented his "Medicare-for-all" proposal, it would be in better shape to fight the coronavirus pandemic because people would not be as reluctant to seek treatment.

In the meantime, he said, the government should "make it clear that in the midst of this emergency, everyone in our country, regardless of income or where they live, must be able to get all of the health care they need without cost."

Sanders emphasized that any vaccine against the coronavirus must be free as well.