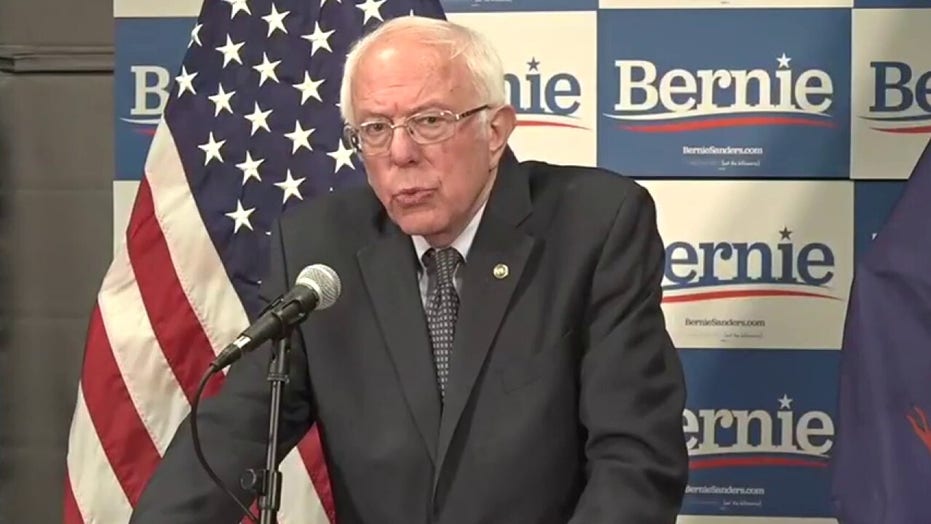 Democratic presidential candidate Bernie Sanders says amid coronavirus emergency, the U.S. government must ensure that every American can receive the health care they need without cost.

Sen. Bernie Sanders stressed that due to the coronavirus outbreak the nation’s facing an emergency “on a scale of a major war” and grimly warned that “the number of casualties may actually be even higher than what the armed forces experienced in World War II.”

But the Democratic presidential candidate also used a speech on combating the pandemic to once again push for his top progressive proposal: a government-run "Medicare-for-all" health care system.

The populist senator from Vermont warned that the nation is at a “severe disadvantage” compared to other countries combating the virus because the U.S. doesn’t guarantee universal health care.

Sanders spoke from his hometown of Burlington, Vermont, minutes after Democratic presidential nomination front-runner Joe Biden gave an address on the coronavirus outbreak from his hometown of Wilmington, Delaware. Both candidates spoke the day after President Trump gave his first major Oval Office address on how his administration was combating the spread of the virus.

Like Biden, Sanders took aim at the Republican president, arguing that Trump and his administration had fumbled efforts to date.

“We are all in this together. Unfortunately in this time of international crisis, it is clear to me at least that we have an administration that is largely incompetent and whose incompetence and recklessness have threatened the lives of many, many people in our country,” Sanders emphasized. 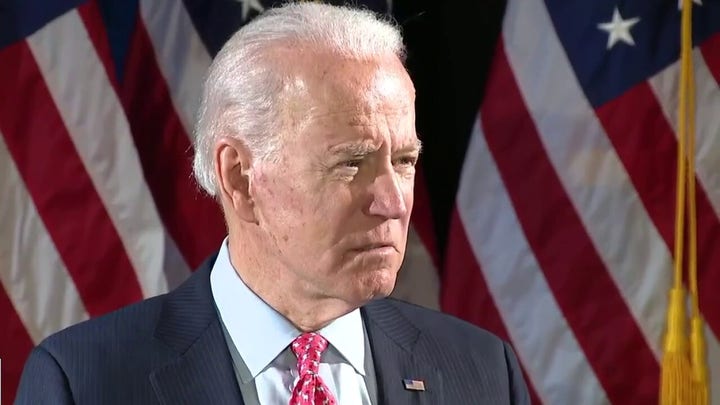 Sanders – like Biden – presented his own plans to combat the pandemic.

Among the steps he proposed -- which went further than Biden’s plans -- were an immediate moratorium on all evictions and foreclosures and the building of new homeless shelters. He also called for guaranteeing unemployment for anyone who loses their job to due to the economic downturn caused by the outbreak.

“During a crisis, we must make sure that we care for the communities most vulnerable to the health and economic pain that is coming,” Sanders stressed.

A presidential campaign without a campaign trail

Biden’s campaign announced on Thursday afternoon that larger rallies and town halls are out – and are being replaced by virtual events. That’s already the case for events in Illinois on Friday and Florida on Monday. Fundraisers – crucial to keep the campaign’s coffers full – will now also become virtual events. But Biden officials said smaller gatherings like house parties will still be held

Biden, in his speech a couple of hours earlier, stressed that “we'll continue to assess and adjust how we conduct our campaign as we move forward and find new ways to share our message with the public while putting the health and safety of the American people first.”

Top Biden officials also said that starting on Saturday “all Biden for president employees both in our Philadelphia headquarters and in field offices across the country will work from home.”

Sanders campaign said they’re asking their staff to work from home and will refrain from door-to-door canvassing, and they will also stop holding large events such as rallies or town halls.

“In light of concerns about coronavirus and out of an abundance of caution for our staff, volunteers and supporters, the Sanders campaign has asked all staff to work from home and will no longer hold large events or door-to-door canvasses, instead moving to digital formats and outreach wherever possible,” Sanders campaign communications director Mike Casca said in a statement.

Biden on Thursday shook up his operation and replaced his campaign manager as he tries to finish off his primary fight to capture the nomination and look ahead to a general election battle ahead with President Trump.

The Democratic National Committee has moved Sunday’s planned Democratic presidential debate from Phoenix, Ariz., to a studio in Washington, D.C., where former Vice President Joe Biden and Sen. Bernie Sanders will debate without a live audience, amid the coronavirus concerns.

“Out of an abundance of caution and in order to reduce cross-country travel, all parties have decided that the best path forward is to hold Sunday’s debate at CNN’s studio in Washington, D.C., with no live audience,” DNC communications director Xochitl Hinojosa said in a statement Thursday.

A new poll in the biggest state to hold a primary next Tuesday shows Biden leading Sanders by a three-to-one margin.