The mother of one of the victims of the 2012 Benghazi terror attack slammed Hillary Clinton on Wednesday for calling the criticism she faced in connection with the tragedy “political.”

“I don’t see how it was political in any way—it was Hillary’s baby from day one. She ordered all that stuff, and then she went to bed when [the attack] was going on,” said Pat Smith, the mother of U.S. Foreign Service Officer Sean Smith, who was killed along with Ambassador Christopher Stevens and Navy SEALs Glen Doherty and Tyrone Woods.

She spoke to Fox News after Clinton discussed Benghazi during her first live interview since the election, part of the promotion of her newly released campaign memoir “What Happened.” Clinton brought up the controversy over the Benghazi terror attack in response to a question about her likability.

“Take the Benghazi tragedy—you know, I have one of the top Republicans Kevin McCarthy, admitting we’re going to take that tragedy—because, you know, we’ve lost people, unfortunately going back to the Reagan administration, if you talk about recent times, in diplomatic attacks,” Clinton told Matt Lauer and Savannah Guthrie on NBC’s “Today.” “But boy, it was turned into a political football. And it was aimed at undermining my credibility, my record, my accomplishments.”

Clinton's reference to House Majority Leader McCarthy was an apparent swipe at his 2015 boast that the Benghazi committee was hurting Clinton politically. And her mention of Reagan administration-era attacks was likely a reference to the bombing of the U.S. embassy in Beirut, in which 17 Americans were killed.

However, the criticism of the Obama administration after the 2012 Benghazi attack in which four Americans were killed was based on several factors. Specifically, the Clinton State Department was faulted for ignoring security concerns in the run-up to the attack, contributing to the poor defense posture at the post. The Accountability Review Board that examined the tragedy concluded there were “Systemic failures and leadership and management deficiencies at senior levels” at the department.

Fox News also reported Tuesday that contractors said they were pressured to stay quiet about security lapses by the State Department. 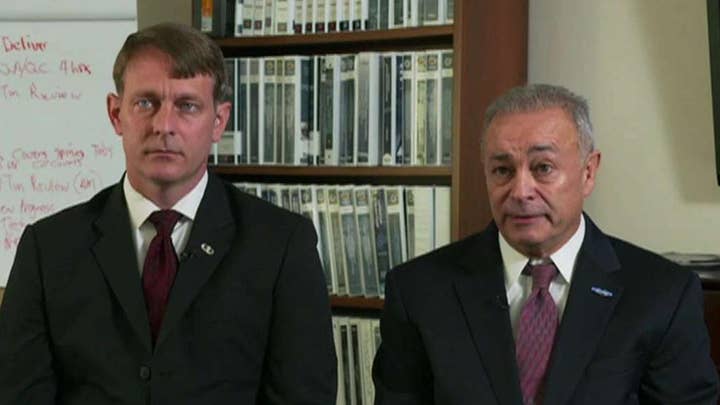 Smith, who has long been critical of Clinton, said the former secretary of state “still has not called me” despite promising to do so after Sean’s death.

Smith also said the State Department and Clinton ignored her requests for information. “I am his mother. He was 34 years old, but he was still my baby,” Smith said. “I know what the government thinks of me, and I think just that much of the government – it stinks. This is how you get treated by the government, or, at least the way you used to.”

“She has been in plausible deniability about Benghazi ever since it happened,” Ingmire told Fox News. “She was standing, basically before the coffins of Americans, blaming a horrible anti-Islamic video, but she’s just being consistent with her psychosis. The liar, the criminal, the crooked politician—those are the three faces of Hillary.”