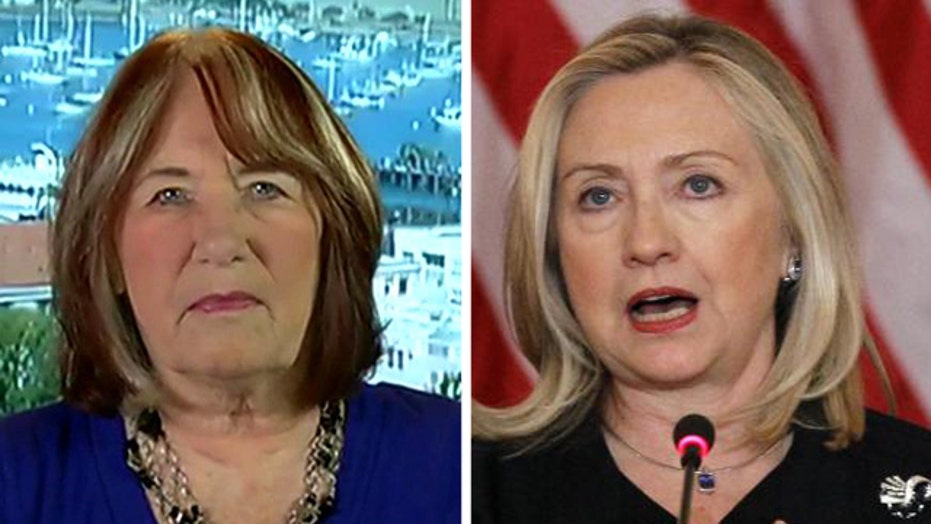 Patricia Smith to Hillary: 'It does make a difference'

During an interview on the FOX Business Network’s Intelligence Report with Trish Regan, Patricia Smith, the mother of one of the Benghazi victims, responded to Hillary Clinton’s comments during the latest Democratic debate. Smith, whose son Sean was killed in the attack, believes Clinton lied to her when the former Secretary of State claimed a video was responsible for the attack.

“We were nose-to-nose at the coffin ceremony,” Smith said. “She lied to me. She told me it was the fault of the video. I said ‘are you sure?’ She says ‘yes, that’s what it was… it was the video.’ And she knew full well it wasn’t at that time. And then she says she was going to check and if it’s any different she would call me back, she would let me know, ”Smith continued, saying Clinton has yet to reply.

“She has never once spoken to me or [has] her office. The only thing I ever got out of them is that I am not a member of the immediate family and I don’t need to know… I know what she said. I don’t lie. She’s a proven liar and I call her out for that. I know what I heard.”

At Wednesday evening’s debate, Univision anchor Jorge Ramos presented Clinton with the question, which has been a contentious issue during her run for the White House. As part of her response, Clinton said Smith’s accusations are “wrong.”

“That doesn’t surprise me, not at all from the way she’s been talking,” Smith said. “She has never—and her department—will not speak to me. They still have not spoken to me. Not once has anybody ever contacted me other than to tell me I was not a member of the immediate family and they don’t have to tell me. I want Hillary to talk to me personally and tell me why there was no security there when they asked for it. I know this because I spoke to my son.”

Smith, who said she spoke to her son on the day of the attack noted that he said he was “really scared.”

“He was afraid—he said it didn’t look very good. And that he asked for security and he was turned down.”

Smith said she has pleaded with the U.S. government tell her the truth about what happened on the evening of September 11, 2012.

She added: “I want them to tell me what happened. I want the government not to call me a liar because that’s incredible—I don’t lie like that. She’s a proven liar.”

Smith continued to state her case.

Smith concluded by combining some words from a recent controversial comment from former Secretary of State Madeleine Albright and a few words of her own: “There’s a special place in Hell for people like her [Clinton] and I hope she enjoys it there!”