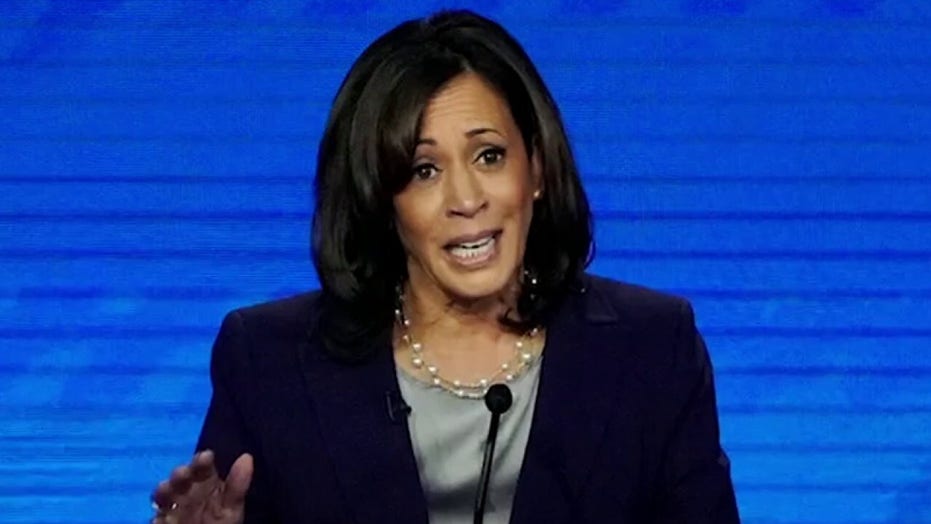 Timothy Wayne Columbus, a 36-year-old-man, is charged with first-degree criminal sexual conduct for allegedly penetrating a girl in 2015 when she was about 8 years old. A warrant was issued for his arrest on June 25. But he was later bailed out of jail and according to a court document, filed to have his bail money returned to Minnesota Freedom Fund (MFF), the organization Harris and many Biden staffers asked their followers to donate to during the rioting in Minneapolis earlier this year.

The story was first reported by Alpha News MN and The Daily Caller.

"If you’re able to, chip in now to the @MNFreedomFund to help post bail for those protesting on the ground in Minnesota," Harris tweeted on June 1.

The allegations against Columbus are macabre. The arrest warrant in the case states that the girl Columbus allegedly assaulted lived with her grandmother, who regularly spent time with her friend "Tim," while the girl was seven and eight years old. When the girl was about eight, the victim told police, "'Tim' laid her on her couch and held her down as he unbuckled his pants and then pulled down her pants. Victim stated he then 'put his thing inside me.'"

The warrant continues: "Victim states 'Tim' told her not to tell anyone and continued to penetrate her. Victim did not tell anyone what happened at the time but years later told a family member."

The maximum sentence for the crimes Columbus is accused of is 30 years in prison. Columbus denied the allegations to police.

Bail money is essentially collateral to ensure a person shows up for future court dates. If a person pays bail, then appears for their court dates, that money is refunded. When bail funds like MFF pay bail for people, they have the defendants -- in this case Columbus -- sign documents requesting that the money be returned to the fund. This allows the bail funds to then use the money to pay somebody else's bail in the future, unless a defendant does not show up for their court date. Then the bail fund simply loses the money.

Columbus is not the first alleged violent criminal MFF has helped secure the release of.

FOX 9 reported earlier this summer that MFF had raised $35 million in the wake of George Floyd's death in the custody of the Minneapolis Police Department. A recent update on its website indicates that it has spent at least $3,475,000 bailing people out of jail in recent months, with just $210,000 of that being spent bailing out protesters and rioters who were arrested in the unrest immediately following Floyd's death.

FOX 9 also first exposed some of the non-protesters being bailed out by MFF, including Darnika Floyd, who was charged with second-degree murder after allegedly stabbing a friend to death, and Christopher Boswell, who is facing charges of sexual assault and kidnapping. The group put up $100,000 on behalf of Floyd and $350,000 on behalf of Boswell.

Boswell had previously been convicted twice on sexual assault charges and was prosecuted by Sen. Amy Klobuchar, D-Minn., when she was the Hennepin County attorney.

MFF has an official policy that it does "not make determinations of bail support based on the crimes that individuals are alleged to have committed."

"MFF believes that every individual who has been arrested by the police is innocent until proven guilty, and if a judge deems them eligible for bail, they should not have to wait in jail simply because they don’t have the same income or resources as others with more privilege," MFF says on its website.

The Biden campaign is in favor of ending cash bail on the grounds that it is discriminatory against those who don't have the financial means to pay their bail.

BIDEN CHANGES TINE ON MASK MANDATE, NOW SAYS HE MAY HAVE LEGAL AUTHORITY TO ENFORCE IT

"Cash bail is the modern-day debtors’ prison," it says on its website. "The cash bail system incarcerates people who are presumed innocent. And, it disproportionately harms low-income individuals. Biden will lead a national effort to end cash bail and reform our pretrial system by putting in place, instead, a system that is fair and does not inject further discrimination or bias into the process."

"While massive criminal justice and immigration reform is needed immediately we have to do what we can now. Let's continue to support @MNFreedomFund. #GeorgeFloyd Who's Next?" one Biden organizer named Patrick McCarthy tweeted.

"Cash bail is discrimination against the poor and must be abolished Let's keep up this support for the @MNFreedomFund. Who's next?" another named Sal DeFrancesco said.

Republicans and the Trump campaign have slammed the Biden campaign over the donations to the group that helped bail out not only rioters by also people accused of serious violent crimes.

"Joe Biden and Kamala Harris have to answer for why they supported a group that helped a man accused of sexually penetrating a child," Republican National Committee Rapid Response Director Steve Guest said Thursday.

"As vice president, Joe Biden oversaw cuts to police funding and now as a candidate he says he wants to redirect funding away from police," Trump campaign communications director Tim Murtaugh said in a statement on a previous report about MFF. "His staff mocked police as worse than ‘pigs,' called for defunding the police, and now we know his campaign helped bail out violent criminals, rapists and would-be cop killers."

The Biden campaign did not immediately return a request for comment on this report.