Sen. Kelly Ayotte pressed ahead Sunday with calls to get the Obama administration to declare war against radical Islam, as groups such as the Islamic State and Al Qaeda gain strength across continents, following the purported beheading by ISIS of a Japanese journalist.

“It very much matters because you have to define your enemy,” Ayotte, R-N.H., told “Fox News Sunday.” “The administration should spend less time on political correctness and more time on a strategy."

Ayotte made her comments as Islamic State, also known as ISIS, continues to grow and solidify in Afghanistan, Syria and Iraq, where the extremist group now controls about one-third of the country.

In the days after a deadly terror spree last month in France, President Obama was criticized for purposely avoiding calling the attacks an example of “Islamic extremism,” settling for the more generic “violent extremism.”

In January, twelve people were murdered in France when two brothers, Said and Cherif Kouachi, shot 11 journalists at a satirical magazine and later executed a police officer on a Paris street. Five other people were killed over the next two days by one of the brothers' associates.

Last week, the White House tried to explain why the administration sometimes classifies the Afghan Taliban as a terrorist organization -- and sometimes does not.

White House spokesman Josh Earnest says Obama has avoided associating the attacks with Islam for the sake of “accuracy.”

“These are individuals who carried out an act of terrorism, and they later tried to justify that act of terrorism by invoking the religion of Islam and their own deviant view of it,” Earnest said. “We also don’t want to be in a situation where we are legitimizing what we consider to be a completely illegitimate justification for this violence, this act of terrorism.”

At least one Democrat -- Hawaii Rep. Tulsi Gabbard, an Iraq war veteran -- sides with Ayotte and other Obama critics.

“By his not using this term ‘Islamic extremism’ and clearly identifying our enemies, it raised a whole host of questions in exactly what Congress will be authorizing,” she recently told Fox News.

“Unless you understand who your enemy is, unless you clearly identify your enemy, then you cannot come up with a very effective strategy to defeat that enemy,” Gabbard continued.

As Islamic State continues its foray in the Middle East, Al Qaeda and other Islamic extremist groups continue to grow in northern Africa. 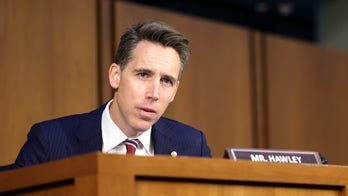