House Democrats have opened an investigation into whether President Trump lied to the Special Counsel’s Office in sworn written answers he provided in Robert Mueller’s Russia investigation.

The House’s general counsel revealed the probe during oral arguments before the D.C. Circuit Court of Appeals Monday, in a case where Democratic lawmakers are seeking the secret grand jury material from Mueller’s investigation.

“Did the President lie? Was the President not truthful in his responses to the Mueller investigation?" House attorney Douglas Letter asked, indicating why the House is seeking the grand jury material.

Lawmakers are specifically concerned with whether Trump lied when he said he did not recall speaking with Roger Stone about WikiLeaks. During Stone’s criminal trial, former Trump campaign deputy campaign manager Rick Gates testified that he heard a phone call between Trump and Stone. He testified that after the call, Trump told him that “more information would be coming.” Gates said he believed this referred to WikiLeaks. 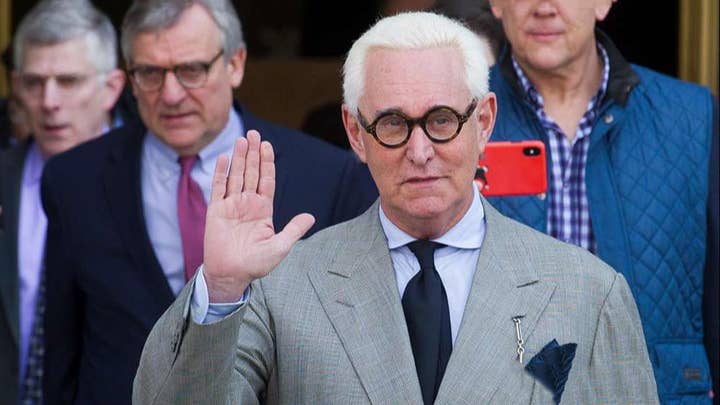 Stone was convicted Friday of witness tampering, lying to Congress, and other charges.

Trump's attorney Jay Sekulow dismissed the Democratic efforts in a statement Monday, saying of the president's testimony: "Read the answers to the questions. They speak for themselves.”

A lower court decision agreed with the House, but the Court of Appeals Monday floated the idea of stepping out of the process entirely and leaving it for the House and Justice Department to work out among themselves. In such a situation, it would be unlikely that the Justice Department would turn over the information.

Earlier Monday, Trump stated that he would "strongly consider" answering questions in the ongoing impeachment inquiry, pertaining to Democrats' suspicion that he may have used military aid as leverage to get Ukraine to help investigate former Vice President Joe Biden and his son Hunter.