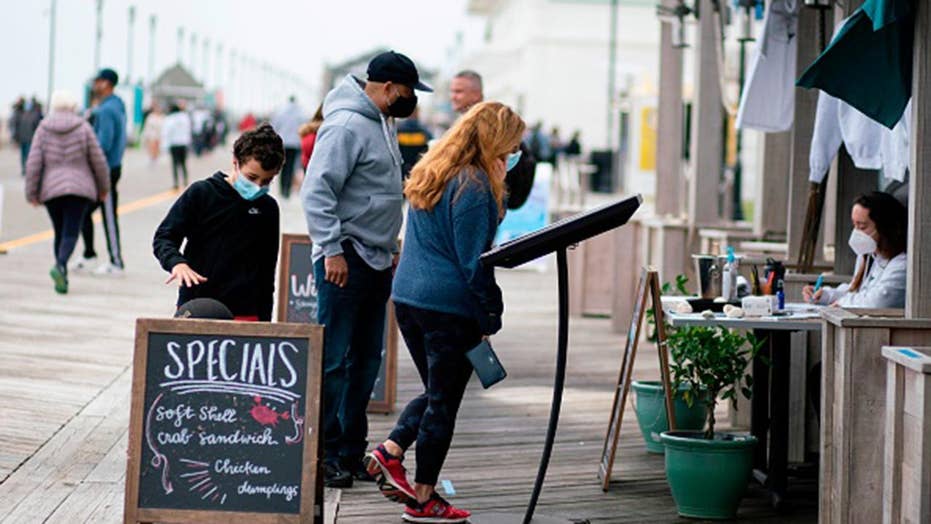 Restaurants can serve patrons outside, but Asbury Park's City Council is pushing for indoor dining at 25 percent of building capacity or 50 people, whichever leads to fewer diners. The resolution to allow just that was set to kick in on Monday -- until the court order.

City officials are telling business owners not to violate the court order, resulting from legal action brought by the state amid lingering concerns over the coronavirus pandemic.

Gov. Phil Murphy, D-N.J., listens to President Donald Trump speak during a meeting about the coronavirus response in the Oval Office of the White House, Thursday, April 30, 2020, in Washington. (AP Photo/Evan Vucci)

New Jersey Gov. Phil Murphy, a Democrat, originally announced Friday that his administration would sue Asbury Park after the state was unable to work things out with the city, he said.

"Our rules are based on one principle – ensuring public health," Murphy wrote on Twitter.

Murphy addressed the local frustration during an interview with NBC's "Today" on Monday.

"We were the second hardest-hit state in America. ... The virus indoors is far more lethal than when it's outdoors so we've got to be very careful," Murphy said. "We'll get there.

"The decisions, they're not arbitrary. They're based on facts and data," he said.

Barbershops and hair salons will open next week, Murphy said.