Ducey said in a lengthy veto letter that he sympathized with backers who sought to protect officers. But he said he listened most to police chiefs who told him that an arbitrary hold on releasing the names of officers would limit their ability to manage complex community-police relations.

Legislatures around the nation are taking up various pieces of police shooting legislation, including proposals requiring police to wear body cameras or mandating that shooting investigations be done by outside agencies. But Arizona is apparently the only state considering new rules for releasing the names of officers, said Ezekiel Edwards, director of the Criminal Law Reform Project at the American Civil Liberties Union.

Ducey, a Republican, faced pressure to veto the measure from police chiefs, who worried they couldn't manage community relations or stop unfounded rumors about an involved officer.

Police unions, however, supported the bill, saying the required two-month delay will give time for investigations to play out. They call it a common-sense measure that will ensure officer safety.

Tucson Police Chief Roberto Villasenor wrote to Ducey last week in his role as president of the Arizona Association of Chiefs of Police urging the veto.

In an interview, he said it would be wrong to ignore "the elephant in the room" of poor police-community relations that has been the highlight of much law enforcement news coverage in the past year.

"Enacting legislation that would hamper that trust by not allowing officers' names to be released is not in my opinion the best way to improve or repair that level of trust," Villasenor said.

Republican lawmakers who backed the proposal said it was designed to protect officers.

"The simple fact remains that we live in a world where misinformation can put everybody in jeopardy, especially police officers," state Sen. John Kavanagh said last week. "And until we get those facts straight, we need to shield those cops and their families from being assassinated by lunatics or political zealots."

Arizona public-records laws currently require the release of an officer's name as soon as possible, unless the agency cites specific reasons for a temporary delay. In practice, agencies typically have released the name within several days but can hold off indefinitely if the officer's safety is in jeopardy.

Ducey pointed to the option of withholding an officer's name when necessary as a determining factor in his decision.

"There are many examples of our police departments exercising this authority in a manner that protects the officer's identity while ultimately providing disclosure after the situation has cooled," Ducey said in his veto letter.

The police chiefs and lawyers for The Arizona Republic also pointed to provisions that might shield all police disciplinary records.

Ducey said those provisions "seem to stretch outside the scope of protecting officers and their families from unjustified retaliation by creating new and expansive exceptions to the Public Records Act." 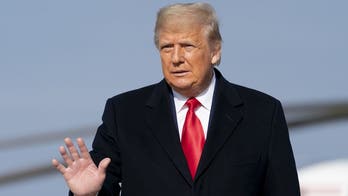