Acting Director of  Immigrations and Customs Enforcement Mark Morgan pushed back against Rep. Alexandria Ocasio-Cortez Wednesday on "Fox & Friends" for her "reckless" comparison of U.S. border facilities to concentration camps.

Ocasio-Cortez, D-N.Y., made the comparison during an Instagram live stream on Monday.

After seeing outrage from Republicans, she doubled down on the comment via Twitter, claiming she was not engaging in "hyperbole." 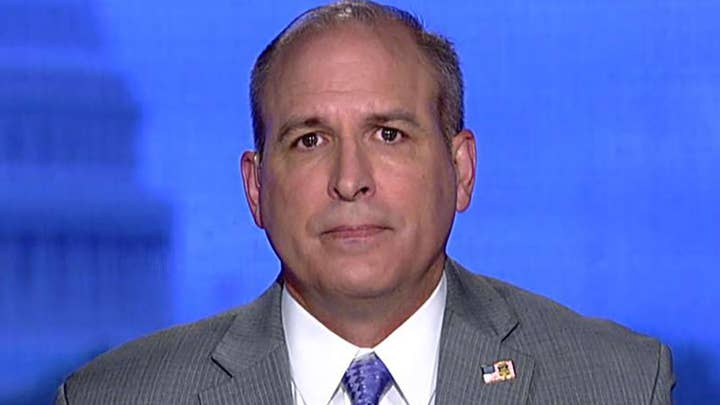 Morgan, who served as chief of the U.S. Border Patrol in the final months of the Obama administration, said he also will not back down from defending the men and women of ICE and Border Patrol.

"This type of rhetoric from our elected leaders is reckless, irresponsible, misinformed and wrong," he said, emphasizing that the agencies have been "sounding the alarm" consistently about the border crisis "overwhelming" the system.

"Those facilities are designed for adults, they're not designed for families and kids and we've been saying that for a very, very long time. Congress could pass meaningful legislation that could end this tomorrow, so the irony is unbelievable here," said Morgan.

Ocasio-Cortez has repeatedly called for ICE to be abolished, arguing in February that "Latino people are descendants of Native people" and should not be subject to U.S. immigration laws.