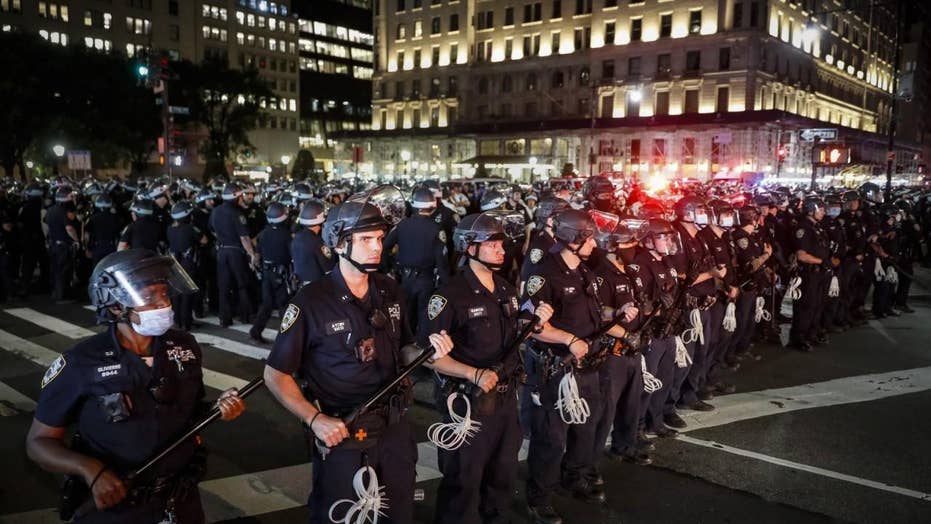 Rep. Alexandria Ocasio-Cortez threw her weight behind a growing movement to defund police departments that has become a rallying cry for some protesters in the wake of George Floyd's death.

That stance puts her at odds with the chair of the Congressional Black Caucus and New York City Mayor Bill de Blasio who say they don't support efforts to defund police departments.

Even Washington DC Mayor Muriel Bowser, who had "Black Lives Matter" painted on a city block near the White House, got slammed by BLM's District of Columbia chapter for not agreeing to gut the police department budget.

“I do not believe it’s a good idea to reduce the budget of the agency that’s here to keep us safe,” de Blasio said Friday during a press briefing.

Ocasio-Cortez offered up her support for the #DefundthePolice movement when laying out her policy solutions to police reforms. She also wants to end qualified immunity that shields police officers from legal accountability and she also wants to end the transfer of military equipment to police departments.

House Democrats, led by the Congressional Black Caucus, are expected to unveil their police reform legislative solutions Monday and hold a vote later this month. Rep. Karen Bass, the leader of the influential CBC, came out against slashing police budgets this week.

During the debate, Caruso-Cabrera hit Ocasio-Cortez on voting against a coronavirus relief package in April, for fighting Amazon's expansion into New York City and for holing up in her Washington DC apartment for a period of time at the start of the coronavirus outbreak.

TUCKER CARLSON SAYS CALLS TO 'DEFUND THE POLICE' LEAVE HIM 'TERRIFIED': 'IT MEANS THUGS ARE IN CHARGE'

"Well you know, that's always subject to continuing dynamics," Ocasio-Cortez said. "But I support her. Yes. Maybe? Yes. If she wants it, she's also already indicated that she may or may not run again."

The Defund the Police movement has gotten celebrity support from the likes of John Legend, Natalie Portman and Lizzo. They are demanding police budgets be cut and money invested into education, community programs and healthcare.

"Despite continued profiling, harassment, terror and killing of Black communities, local and federal decision-makers continue to invest in the police, which leaves Black people vulnerable and our communities no safer," the petition says.