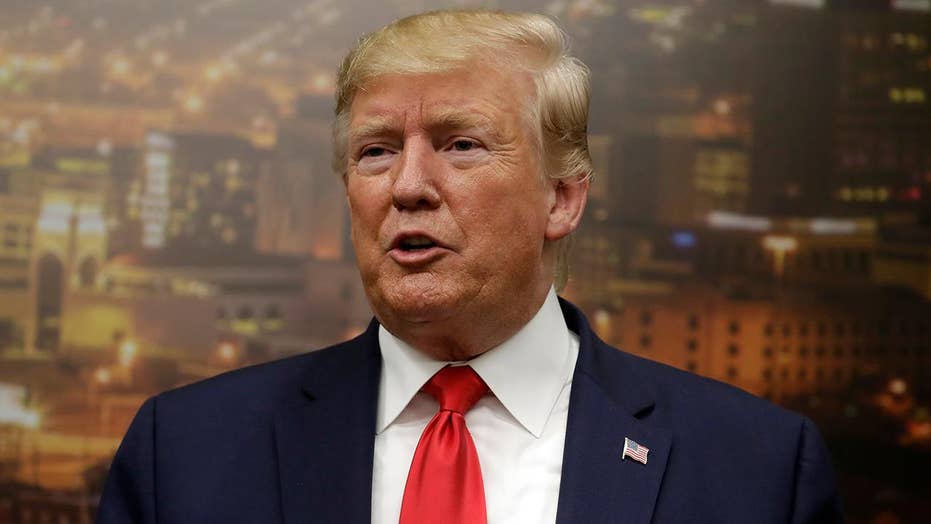 Rep. Alexandria Ocasio-Cortez, D-N.Y., unleashed a tweetstorm on Wednesday in which she warned that white supremacy is "dormant" in many Americans and must be confronted in the subconscious.

The freshman congresswoman indicated that even if someone wasn't a white supremacist, he or she could still be infected by its biases.

"White supremacy is often subconscious. & Clearly, our nation has not been inoculated," she said. "[White Supremacy] is our nation’s original sin; the driving logic of slavery, of Native genocide, of Jim Crow, of segregation, of mass incarceration, of 'Send Her Back.' It never went away. It was just dormant," she said.

Ocasio-Cortez has frequently accused President Trump of racism, pointing, for example, to his reaction when some supporters at a recent rally chanted "send her back" in reference to Rep. Ilhan Omar, D-Minn.

She added that "perfectly normal, good people are capable of aiding racism & white supremacy." Her comments came amid an uproar surrounding Trump's response to a mass shooting in El Paso, Texas, over the weekend. Authorities suspect that a manifesto expressing anti-immigrant sentiments was penned by the shooter.

When The New York Times published a headline about Trump's speech, Ocasio-Cortez and others blasted the newspaper for apparently not being critical enough of his remarks.

"Let this front page serve as a reminder of how white supremacy is aided by - and often relies upon - the cowardice of mainstream institutions," she said. The original headline -- "Trump urges unity vs. racism" -- was eventually replaced and Times Executive Editor Dean Baquet labeled it "bad."

On Tuesday, Ocasio-Cortez offered an olive branch to radicalized young people who embrace white supremacy, telling them they weren't "too far gone."