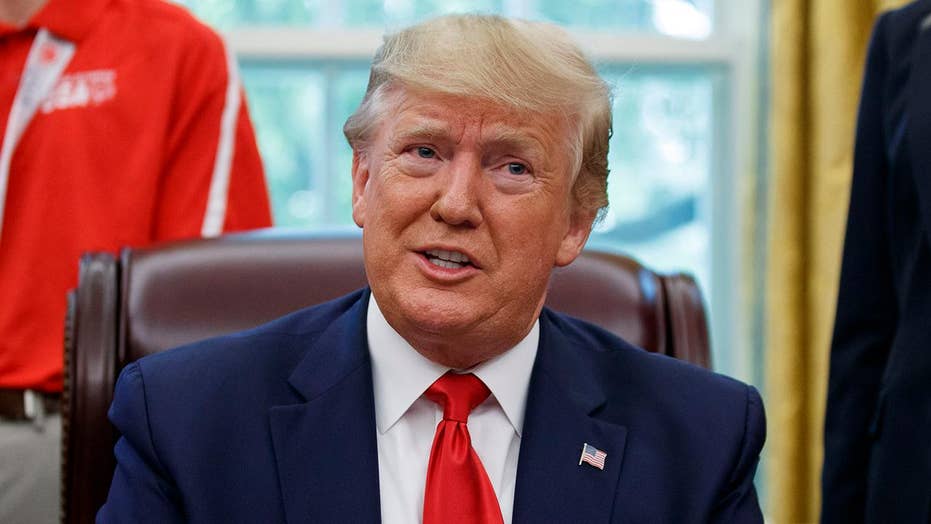 Trump says he disagrees with the chant aimed at progressive Democrat Rep. Ilhan Omar: 'I was not happy with it.'

President Trump distanced himself Thursday from a chant of “send her back” that rang out during his North Carolina rally the night before and was directed at Rep. Ilhan Omar, D-Minn. -- saying he “was not happy" with the chant.

"I was not happy with it, I disagree with it, but again I didn't say that, they did,” Trump told reporters in the Oval Office when asked about the controversial moment.

He said he felt “a little bit badly” about the chant and said that he started speaking “very quickly” when it started, apparently to drown out the chant. 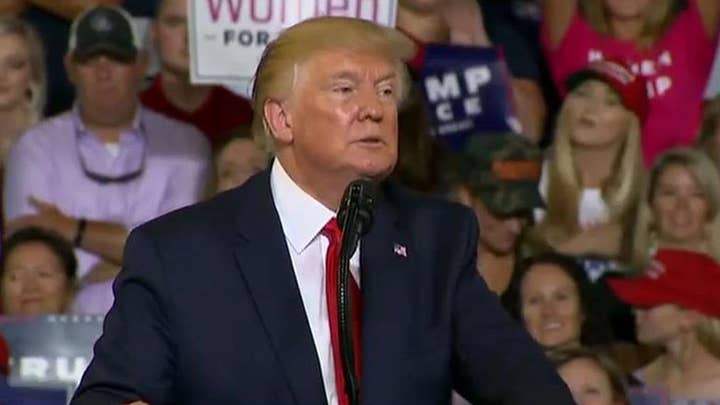 The three-word chant, which Trump did not respond to at the time, referred to the president's tweet on Sunday in which he asked why unnamed "Democrat Congresswomen" don't "go back and help fix the totally broken and crime infested places from which they came, then come back and show us how it is done."

The president later confirmed he was referring to Omar -- who was born in Somalia before coming to the U.S. and becoming a citizen -- along with Reps. Alexandria Ocasio-Cortez, D-N.Y., Rashida Tlaib, D-Mich., and Ayanna Pressly, D-Mass. The latter three members of “the squad” were born in the United States. 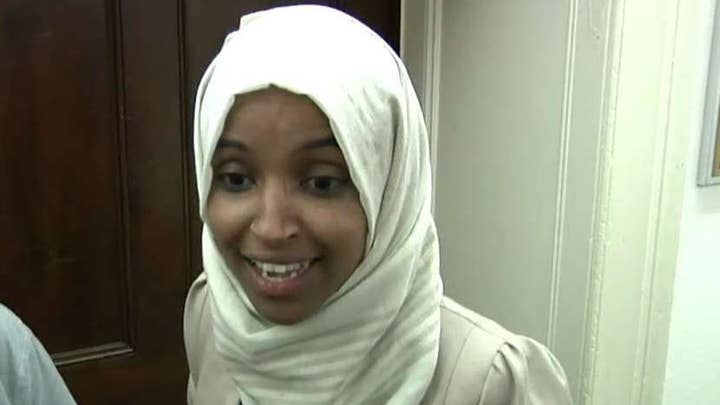 Despite a furious controversy surrounding the remarks, which Democrats and some media outlets branded as “racist,” Trump went on the attack Wednesday night at the “Make America Great Again” rally, and pointed to past controversies involving Omar.

"And at a press conference just this week, when asked whether she supported Al Qaeda  -- that's our enemy, they are a very serious problem, that we take care of, but they always seem to come along somewhere -- she refused to answer," Trump said. "Omar blamed the United States for the crisis in Venezuela. I mean, think of that one. And she looks down with contempt on the hardworking Americans, saying that ignorance is pervasive in many parts of this country."

The "send her back" chant escalated as Trump stepped away briefly from the podium.

The president did not acknowledge the crowd's chant, and returned after a pause to continue on with his remarks. The chant was condemned by both Democrats and Republicans Thursday morning. Omar responded late Wednesday by tweeting: "I am where I belong, at the people’s house and you’re just gonna have to deal!"

Asked on Thursday whether he would stop the chant if he heard it again, Trump responded: “I would certainly try.”