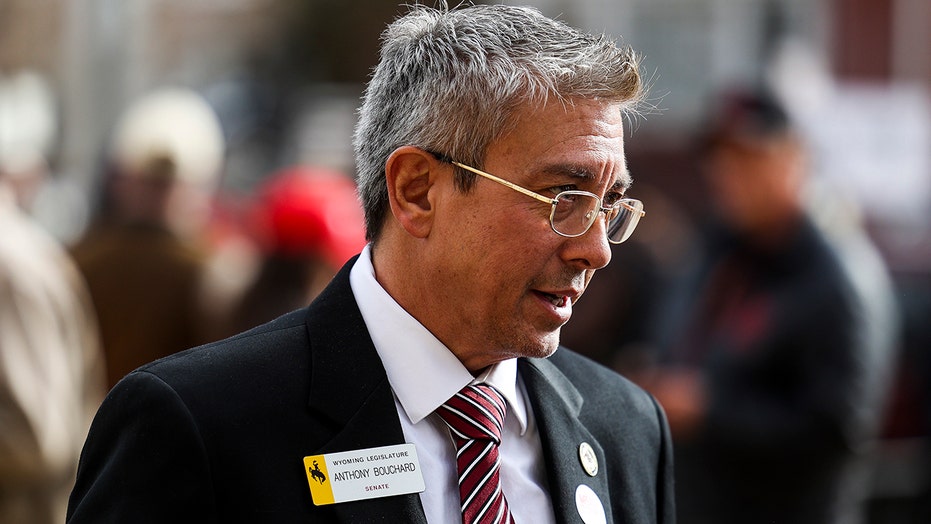 Wyoming state Sen. Anthony Bouchard, a Republican who has emerged as one of the most high-profile primary challengers to Rep. Liz Cheney, said in a Facebook Live video Thursday he impregnated a 14-year-old girl when he was 18.

Bouchard said they later got married with the blessing of her mother, and took care of the child. Bouchard and the girl married when he was 19 and she was 15, the Casper Star-Tribune reported. He added that they got divorced about three years later, and she died by suicide at the age of 20.

The candidate made the disclosure after noting that people had been investigating the matter in regard to his campaign to unseat Cheney, R-Wyo. Cheney has attracted the ire of pro-Trump Republicans for her denunciations of the former president.

Bouchard said he and the woman, whom he did not name, were under "a lot of pressure, pressure to abort a baby. I got to tell you, I wasn't gonna do it. And neither was she. And there was pressure to have her banished from their family."

On choosing not to abort the child and to get married, Bouchard said, "I did the right thing."

"This is really a message about how dirty politics is. They'll stop at nothing, man," he also said. "They're willing to go back almost 40 years to something that happened in my youth."

Cheney spokesman Jeremy Alder told Fox News that Cheney's team had "absolutely no involvement" in looking into this chapter of Bouchard's past.

"I don't know who did this," Bouchard said in his video. "All I know is we have several reports. We know the company that started this investigation. It's a political opposition research company. We know who they are. And then it turned into a U.K. media reporter who called me."

Bouchard has quickly become the frontrunner to replace Cheney partially thanks to the fact he is a state senator with experience running a campaign. He's out-raised the other Cheney challengers so far, pulling in $400,000 within a couple of months of announcing his bid.

Former President Trump said in April that he intended to endorse a single challenger to oust Cheney, but has not done so yet. A source familiar with the thinking of Donald Trump Jr., told Fox News as recently as May 7 that he and his father had not yet chosen a candidate. A different source close to the former president's orbit told Fox News that in addition to Bouchard, Trump's team is watching businessman Darin Smith and state lawmaker Chuck Gray.

In his Facebook Live video, Bouchard insisted he would remain in the Wyoming House race.

He also said that his son now "almost become my estranged son" due to some of the choices that the son has made, although he added, "I still love him, just like when he was born."

"It's just a damn shame that we've got to drag it all out," Bouchard added. "I just hate to see family drug out and relive things."