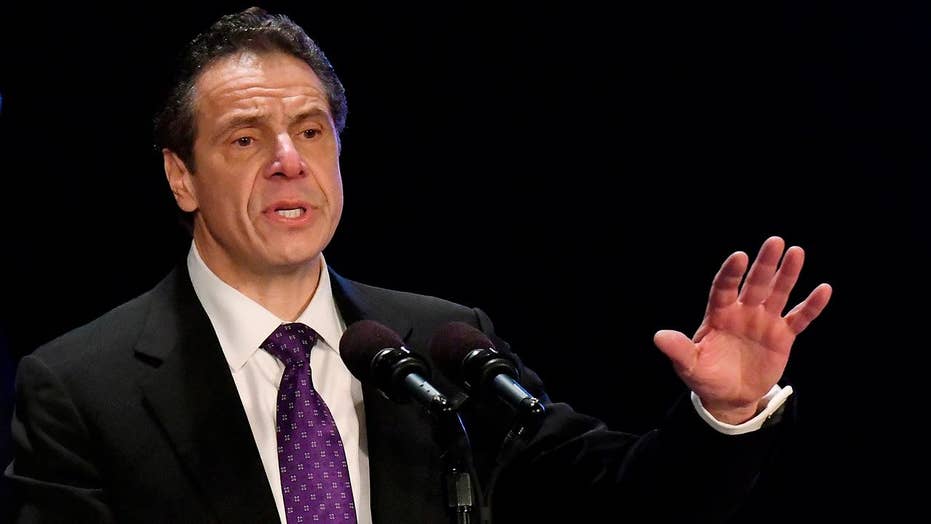 New York Gov. Andrew Cuomo, a New York City native, raised eyebrows last week after he claimed that he was an illegal immigrant and taunted officials to deport him.

During the bizarre speech, the New York governor criticized the "extreme conservative movement" for being "anti-immigrant." He said his family, who emigrated to the U.S. from Italy, was constantly ridiculed with a racial slur that he said meant “without papers.”

According to the Online Etymology dictionary, the slur originated from southern Italian dialect “guappo,” which means “dandy, dude, stud.” The dictionary said it’s not an acronym.

A day earlier, Cuomo addressed a group of union workers and said he was “raised by poor immigrants from South Jamaica,” a neighborhood in Queens, New York. His father Mario, a three-term governor of New York, was born in Queens to Italian immigrant parents. His mother, Matilda, was also born in Queens.

Immigrant advocacy group Make the Road Action has called on Cuomo to apologize for the comments.

“To Dreamer and immigrants like me, these fabrications are offensive,” Make the Road Action member Antonio Alarcon said in a statement, adding that the governor “has no idea what it’s like to live as an undocumented person.”

“For those of us who came to this country with our parents to find a better life, and have struggled daily to get by and faced the threat of being torn from our family, it’s unbelievable that the governor would try to claim to have shared our experience,” he said.

Cuomo received condemnation for his false comments on social media, as well, including from Dictionary.com which tweeted the definition of the word "undocumented" along with the hashtag #Cuomo.

Cuomo is facing a primary opponent this year in Cynthia Nixon, an actress and activist. He's currently ahead of Nixon by a significant amount, but the lead has dwindled over recent weeks.

Cuomo's office did not respond to a request for comment from Fox News Thursday afternoon.