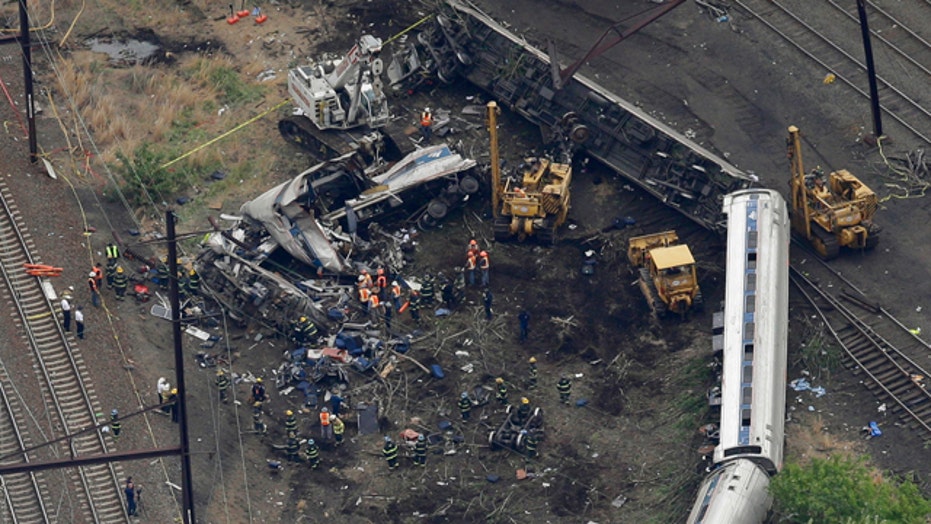 The Amtrak derailment that killed seven is still under investigation, but the union representing railroad employees quickly tied the accident to a labor dispute.

The Teamsters-affiliated Brotherhood of Maintenance of Way Employees Lodge 3014 (BMWE) published a blog post on Tuesday attributing the deadly crash to new safety standards proposed by management of the government-partnered railroad.

“The new ‘One Amtrak Way’, along with the new inexperienced Amtrak senior management (after the old experienced senior managers were fired) has lead to this massive derailment,” the union said.

Public safety personnel were still sifting through the wreckage looking for several missing passengers on Wednesday. So far representatives from the National Transportation Safety Board are still gathering evidence as to what caused the crash.

Initial reports from the scene seem to indicate that speed may have played a factor in the crash. An Associated Press analysis found that the seven-car train carrying more than 200 passengers was travelling in excess of 100 miles per hour just prior to coming off the track. That would put the train at more than double the recommended speed for the curve, according to the AP.

“The surveillance camera from which the AP reviewed video was located at an industrial building a few hundred feet before a bend in the tracks, where the speed limit was only 50 miles per hour,” the report said. “The Amtrak engineer at the train’s control refused to talk to police Wednesday and declined to provide a statement to authorities.”