Ami Horowitz: Venezuela is what income equality looks like

Documentary filmmaker Ami Horowitz officially threw his hat in the ring on Wednesday in the ever-expanding 2020 Democratic primary, hoping he'll "bring some sanity" to the Dem debate stage as he seeks to qualify with 65,000 individual donors as the 23rd declared candidate.

"The Democratic Party has become the party of socialism, open borders and late-term abortions. They've become so radicalized over the past several years that I feel compelled to try to bring some sanity into the discussion," Horowitz said in the video that launched his campaign. "So if you want to see me throw an intellectual hand grenade on the Democratic debate stage and hold them accountable, go to AmiForAmerica.com and donate some money. Send some cash. Anything!"

In an interview with Fox News, Horowitz explained that he first decided to make a run for presidency back in February when the DNC announced its qualifications for Democratic candidates to make it onto the debate stage, which he thought was "achievable."

The filmmaker says he never previously ascribed to one particular party, saying he values "ideology" and has been "critical" of Republicans and Democrats as well as current and previous presidents.

"Why I decide to run for the Democratic nomination now was because I see a party that is ripping itself apart. It's almost imploding because of the radicalization of its ideologies of the past few years," Horowitz said. "I think the Democratic Party has almost warped physics and moved the gravitational center of the party so far to the left that I think it's making itself unelectable. And I don't think we're a healthy country if we have one strong party and one weak party and I think that's the road we're going down. So I want to bring some sanity to this insane process that I see going on with the Democrats."

The Los Angeles native slammed what he referred to as "radical" policy positions Democrats have taken like late-term abortions, open borders, and how the other Democratic candidates in the race are "running away" from capitalism and towards socialism, which he insisted the "vast majority of the country" oppose.

"Capitalism is the greatest idea that man ever created to bring more people out of poverty, create more wealth than any other thing created by man and they're running away from that label," Horowitz said.

His message to those who dismiss what he considers to be a "guerrilla campaign" as a joke is that he is "deadly serious" and is willing to "take this all the way" to the DNC convention next year, but acknowledged that the odds weren't in his favor. 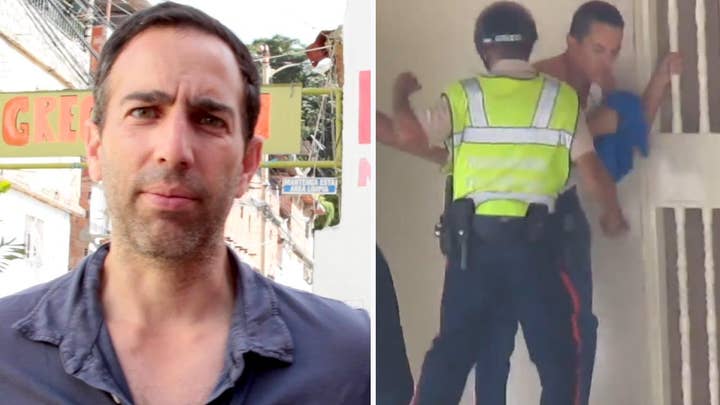 "Stranger things have happened, okay?" Horowitz explained. "Who would have thought that when Donald Trump announced that it was a serious campaign? Guess what; he's now the president of the United States... I'm here to stay and I'm deadly serious about this because the issues that we're dealing with are deadly serious."

Within 48 hours since launching his campaign, Horowitz has collected over 8,000 individual donors, which is roughly 12 percent of the 65,000 he needs to be allowed on the debate stage, hoping that he can replicate the success of Marianne Williamson, who announced on Thursday she met that donor threshold.

18 candidates currently qualify for the debates but the DNC announced they will allow those with the highest polling to fill the two vacant slots to reach 20 candidates total followed by the number of individual donors. Horowitz told Fox News that he's "hanging his hat" on the number of donors he will have in order to participate in the earlier debates since debates inching towards the primaries will be more restrictive.

"If the Democrats are smart, they will nominate me because I think that I am the only guy on the stage who can beat [Trump]. And if I'm nominated, I will beat him," Horowitz insisted.

As a registered Democrat, Horowitz dismisses the common characterization that he's a "conservative" filmmaker since he "calls it as he sees it." He supports a woman's right to choose but opposes late-term abortions, believes that restrictions on gun ownership are "vital" but calls himself an "ardent supporter" of the Second Amendment, and says that legal immigration is the "backbone of America's foundation" but wants to "shut down" illegal immigration.

He acknowledged that there are "a lot of things" that he liked and disliked about President Donald Trump, but assured that he would do a "better job" on policy as well as "bring the country together."

"I think this is a president that's polarizing and some of that is his fault, some of it is not his fault," the filmmaker elaborated. "We are at an inflection point in our country where polarization is not an advantage. Polarization is not gonna help us move the issues that we need to move on. And I feel like I could be that guy to bring the country together."

Horowitz admitted that Rep. Seth Moulton, D-Mass would be a "viable" option to defeat Trump in 2020 but says he has "no chance to win" in the primaries and that former Vice President Joe Biden, who many see as "electable," has "ideological baggage," pointing to his "insane" proposal this week to give health care to illegal immigrants in the US, adding that such progressive policies from Biden and other candidates will be "difficult to defend" during a general election. 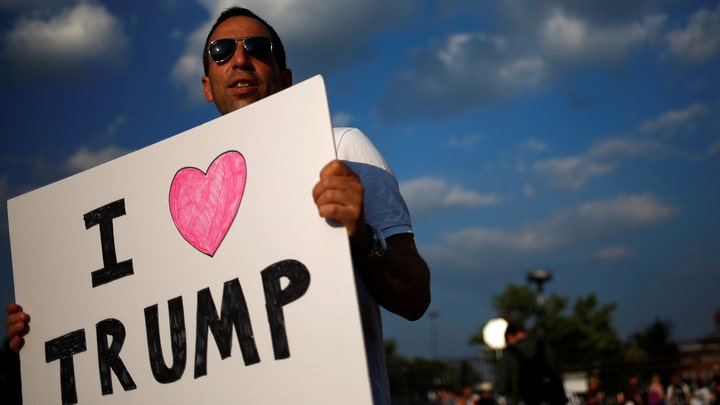 Horowitz criticized Trump's trade policies, which he thought was partly in opposition to free trade and fears this administration's tariffs on China will derail what he considers to be a "phenomenal" economy under the Trump presidency. He also isn't strongly for or against "the wall" on the southern border but is in favor of letting those on the ground who control the border decide what they need.

On foreign policy, he complimented President Trump's treatment of Israel and his "toughness" on Russia, but disapproved his rhetoric towards Russian President Vladimir Putin and believes the US is "being played" by North Korea.

Horowitz, a former FoxNews.com contributor, thought that the Mueller Report is "particularly clear" that there was no collusion between the Trump campaign and Russia and expressed he couldn't declare outright that the president obstructed justice, admitting he's "not a lawyer" and calls House Democrats pushing President Trump's impeachment a "gimmick."

"I would follow the path of what the Department of Justice tells me. I would follow the path of what the Judicial Branch tells me," Horowitz continued. "If they're saying there's a problem with obstruction, let's bring it on. Let's see what we have there and if there's something that he did that's impeachable, then I'd say let's do that as well. But if he hasn't, if it's not impeachable, and the experts are telling us that there's nothing that we can prosecute, you have to move on. Let the president do his job in running the country. He's the president."

As a candidate, Horowitz's biggest weakness may be coming up with a campaign message as catchy as "Make America Great Again."

"'Ami is the best and the rest of the candidates are the worst,'" Horowitz joked. "We probably should think about it. ... We should come up with a pithy one-liner."