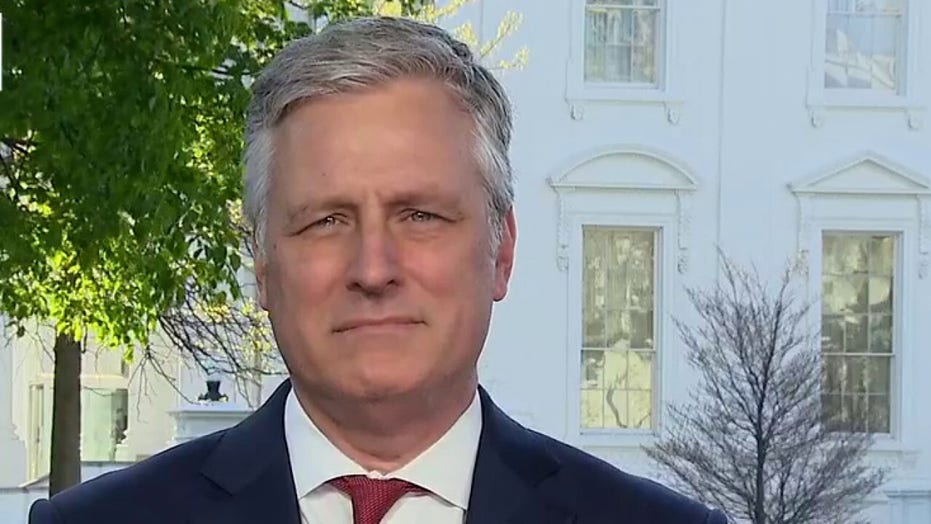 How do you get China to come clean about COVID-19?

How do you investigating China? Robert O'Brien, National Security Adviser, discusses how the U.S. can hold China accountable for globally spreading coronavirus then covering it up

Two-thirds of Americans say they have an unfavorable view of China, according to a national poll by the Pew Research Center.

That’s up 20 percentage points since the start of President Trump’s tenure in the White House -- and it’s the most negative view of Beijing by Americans since Pew began asking the question a decade and a half ago.

When the Trump presidency began, 47 percent of Americans had an unfavorable view of China, with 44 percent holding a favorable opinion. In Pew’s latest poll -- which was conducted March 3 through 29 -- 66 percent now hold an unfavorable view, with just 25 percent saying they see Beijing in a positive light.

Trump spent much of his first three years in office raising the rhetoric against China as the two countries implemented tariffs on each other during a divisive trade war. But the president tempered his language on China as he signed a trade deal with the nation earlier this year. Trump also initially complimented Chinese leaders on their effort to combat the coronavirus pandemic, which originated in the Chinese city of Wuhan, before taking a much harder stand against Beijing's handling of the outbreak.

But China has faced widespread criticism for its response, including accusations of covering up the extent and severity of the crisis early on. Since the poll was conducted, Fox News has reported another turn that could bring added scrutiny to the Chinese government -- that sources have increasing confidence the virus likely escaped from a Chinese lab where it was being studied, as opposed to originating in a wet market. The origins remain under investigation.

The poll was conducted as the pandemic increasingly swept across the U.S., forcing most Americans to huddle in their homes to prevent the spread of the deadly virus and shutting much of the nation’s economy.

“Since President Donald Trump took office in 2017, his approach to U.S.-China relations has included increased pressure via tariffs and trade war rhetoric, and now, with the onset of an unprecedented pandemic, the stage has been set for both sides to cast aspersions on the other,” the authors of the survey said.