Amazon is a finalist for $10 billion Department of Defense contract

Amazon is poised to receive a lucrative government contract with the Pentagon, but a competitor is arguing it's nothing more than a prime example of D.C. swamp politics.

A legal battle waged by Oracle centers on the Defense Department's Joint Enterprise Defense Infrastructure (JEDI), which aims to award a $10 billion contract for cloud computing. Oracle alleges in a complaint filed in the U.S. Court of Federal Claims that it is unwise for the government to use only one cloud service, and that the process was rigged from the beginning due to connections between Amazon and DoD officials.

It's unclear whether the dispute has yet caught the attention of President Trump, who for months has taken shots at Amazon CEO Jeff Bezos, in large part connected to his ownership of The Washington Post.

"In a fair and lawful competition, Oracle would have a substantial chance for a JEDI contract award," the company said in its filing.

Oracle, in its complaint, points to the involvement of former DoD employee Deap Ubhi, who worked at Amazon before joining the DoD in August 2016. Ubhi is now at Amazon once again, with Amazon Web Services, Inc. (AWS) -- the entity that handles cloud computing.

Oracle claims that Ubhi was a project manager for JEDI and pushed for the Pentagon to use a single vendor for cloud computing, despite the Intelligence Community and the Department of Homeland Security each determining that multiple cloud vendors are preferable. 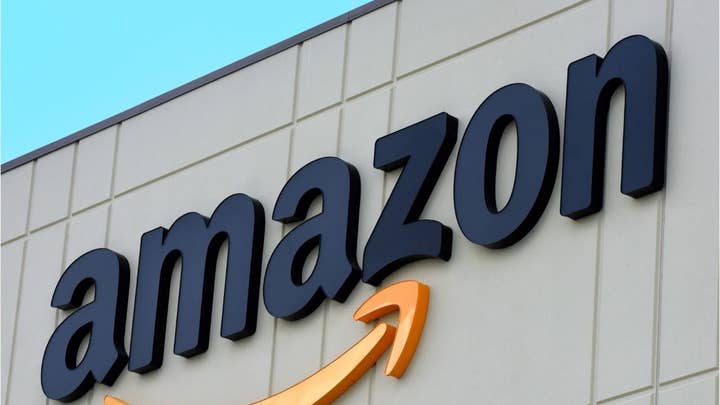 A House Appropriations Committee report addressed JEDI's single vendor plan by stating they were “concerned with this approach given the rapid pace of innovation in the industry and that this approach may lock the Department of Defense into a single provider for potentially as long as ten years.”

The DoD’s own “Cloud Strategy" from December 2018 even says that they “must address the unique mission requirements through a multi-cloud, multi-vendor strategy.”

So why did the DoD move to award a $10 billion cloud contract to a single vendor?

DoD spokeswoman Heather Babb told Fox News that while the DoD Cloud Strategy does refer to multiple clouds and vendors, JEDI "is one component of the larger, multicloud environment." In a Tuesday court filing, the DoD said a single vendor for JEDI would be more cost-effective and better for national security because having multiple cloud vendors would "create seams between clouds that increase security risks."

'Everybody immediately knew it was Amazon.'

Oracle, however, claims that Ubhi influenced the decision to grant a single contract. They also say he was involved in setting high standards for bidders that essentially limited the field to Amazon and Microsoft. Oracle and IBM, the only other bidders, both protested.

"Everybody immediately knew it was Amazon," a competing bidder told Vanity Fair based on how the JEDI request for proposal was worded. The DoD argues that JEDI's standards are rational and legal.

Oracle says Ubhi posed a conflict of interest because while he was working on JEDI he had secret negotiations about returning to work at AWS. He recused himself from JEDI after he got an offer, but said it was because Amazon had interest in his startup. At the time, he did not mention his employment offer from Amazon.

The JEDI Contracting Officer said in a court document that a July 2018 review of potential conflicts of interest related to Ubhi and four other government employees with ties to AWS showed that they did not “negatively impact the integrity of the JEDI procurement.” 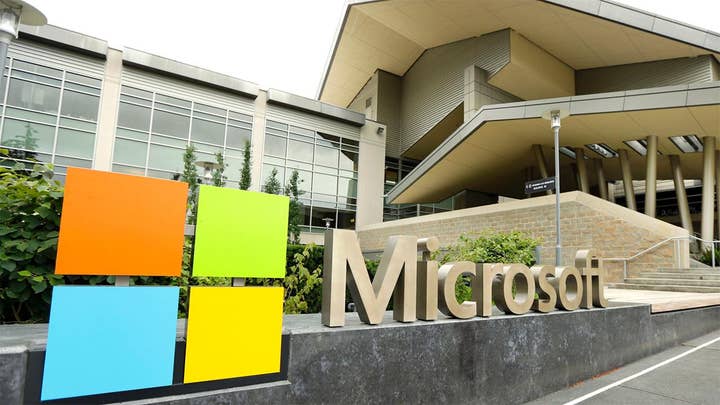 In February, however, the DoD asked that Oracle's bid protest be put on hold because they were taking another look at Ubhi, "based upon new information provided to the contracting officer.” In April, they concluded that investigation, again finding no negative impact that resulted from any conflicts of interest.

Oracle is not convinced. They claim the DoD only took another look at Ubhi because of pressure stemming from probes by the DoD Inspector General’s Office and the FBI. The Inspector General’s Office declined to comment on the matter when reached by Fox News, and the FBI would neither confirm nor deny the existence of any investigation. Babb said that while the DoD did not find any "adverse impact on the integrity of the acquisition process," there were "some potential ethics concerns" that were referred to the department's Inspector General's Office.

'In a fair and lawful competition, Oracle would have a substantial chance for a JEDI contract award.'

Ubhi’s role in JEDI remains a point of contention. A DoD court filing acknowledged that Ubhi supported a single contract but said others did too and that the final decision was made after Ubhi recused himself. Oracle claims, however, that "belatedly produced Slack messages confirm that before Ubhi left (and as a result of Ubhi's efforts)," the decision had already been made.

AWS said in a Tuesday filing that Oracle overstated Ubhi’s role in JEDI and that the Slack messages were taken out of context.

When reached by Fox News, AWS declined to comment due to the ongoing litigation, but in Tuesday's filing they countered Oracle's arguments by asserting that the DoD’s single-vendor approach was based on “detailed factual findings regarding national security and technological complexity,” and  “mandated” by federal regulations.

Oracle remains concerned, given that Ubhi is not the only one with Amazon ties connected to JEDI.

Anthony DeMartino consulted for AWS until he joined the Pentagon in January 2017. According to Oracle, DeMartino ignored an April 2017 direction from the DoD's Standards of Conduct Office (SOCO) not to participate in anything connected to AWS. In April 2018, SOCO ordered that DeMartino recuse himself from JEDI, and he finally did so after the JEDI request for proposals went out for potential bidders, Oracle alleges.

DeMartino now works at Pallas Advisors, which he co-founded with Sally Donnelly, a former senior aide to former Secretary of Defense James Mattis. Donnelly previously consulted for AWS through her former company SBD Advisors, which is now owned by C5 Capital, a company that has worked with AWS in the past.

Donnelly did not recuse herself from JEDI, but her attorney Michael Levy told Fox News that she "played no role, and exercised no influence, in connection with any government contract, including – as the Department of Defense has confirmed repeatedly – the JEDI contract."

Fox News reached out to DeMartino through Pallas Advisors, but they did not respond. The DoD acknowledges that he played a role in the JEDI procurement process, but said in their latest filing that it was "minor." According to court documents, the DoD’s investigation looked into possible conflicts involving both Ubhi and DeMartino, finding no negative impacts from any conflicts regarding either of them.

As Fox News’ Tucker Carlson reported, the DoD-Amazon links may go even higher. Mattis himself met with Amazon Vice President Teresa Carlson in March 2017, but the DoD kept it secret. In August 2017, Mattis met with Bezos. That September and October, the DoD took significant steps in market research for JEDI. Despite the timing, however, Babb told Fox News, "No personnel in the secretary of defense's front office participated in drafting the requirements or the solicitation. Any assertion or suggestion to the contrary is false."

The JEDI contract would be a windfall for Amazon. They should learn soon whether or not they will ultimately get the lucrative deal.

Judge Eric Bruggink has scheduled oral arguments for Oracle’s bid protest for July. The DoD is barred from granting the contract before July 19, but a ruling is expected before then.