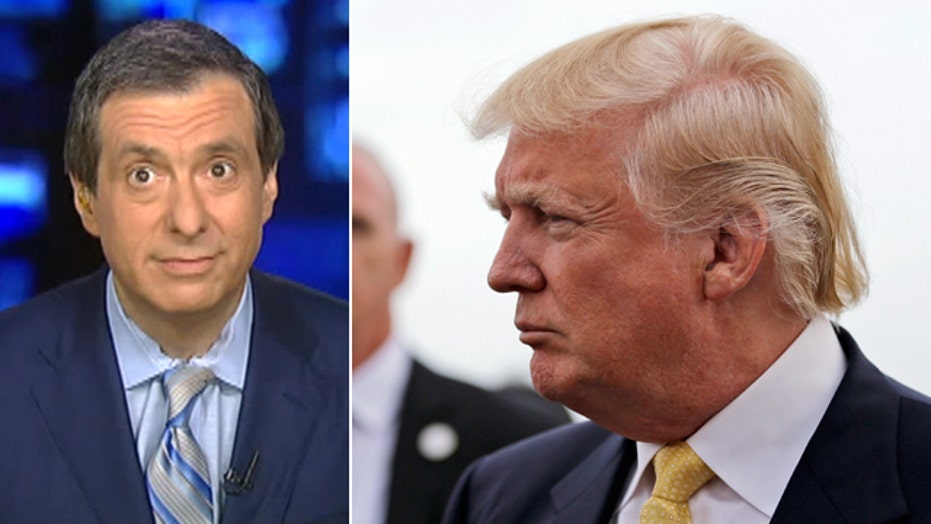 Donald Trump has gone from dominant to inescapable.

Hillary Clinton granted her first national television interview, to CNN, and even she has been overshadowed by Trump.

Let’s face it, Trump’s presidential candidacy is no longer a political story. It’s a cultural phenomenon. We’re all living in Donald’s world now.

Clicking around the web, I happened on these headlines:

And: “Jeb Bush Responds to Donald Trump’s Comments About His Mexican-American Wife”

National Review: “Donald Trump: Not Telling It Like It Is.”

The Daily Beast: “Donald Trump Makes Me Want to Die.”

Okay, this is getting serious.

To back up a bit, it’s clear the media establishment completely and totally underestimated Trump when he first jumped into the 2016 race. Fox’s Mara Liasson predicted his coverage would plummet after that first day—which she has now admitted was spectacularly wrong.

Next, much of the media treated Trump with great snark—either openly dismissing him or reporting on his exploits with a wink—until he shot up to second place in the Republican polls (and now first place in a survey in North Carolina).

In the next phase, plenty of pundits used the uproar over Trump’s remarks on illegal Mexican immigrants including criminals and rapists to portray him as the epitome of the Republican Party—despite the fact that he’s hardly an establishment figure and given tons of dough to Democrats.

As companies right and left were dropping The Donald, the press asked every Republican candidate what they thought about Trump’s controversial comments. His rivals were tepid at first, but soon divined that they could grab headlines by denouncing Trump—which generally led to him smacking them back in Rick Perry-needs-new-glasses mode, thus producing more media fodder.

By yesterday, it seemed that the Republican Party really had become worried about Trump, not least because he was consuming most of the available media oxygen.

“There is little they can do about the mogul and reality-television star, who draws sustenance from controversy and attention. And some fear that, with assistance from Democrats, Trump could become the face of the GOP.”

The story quoted sources as saying that RNC Chairman Reince Priebus had a 45-minute call with Trump and, on the subject of immigration, repeatedly asked him to “tone it down.”

Which brought this rejoinder from @RealDonaldTrump:

“Totally false reporting on my call with @Reince Priebus. He called me, ten minutes, said I hit a ‘nerve’, doing well, end!”

Although in a subsequent call to the Post’s Robert Costa, Trump backed off the falsehood charge, saying that Priebus told him, “You know, if it would be possible, maybe you could tone it down just a little bit, but you are who are you, and I know you have to do what you have to do. ”

Trump is a media master who knows how keep stoking a story by doubling and tripling and quadrupling down. And the press is now happy to play along for ratings and clicks, turning the campaign coverage into The Daily Donald.