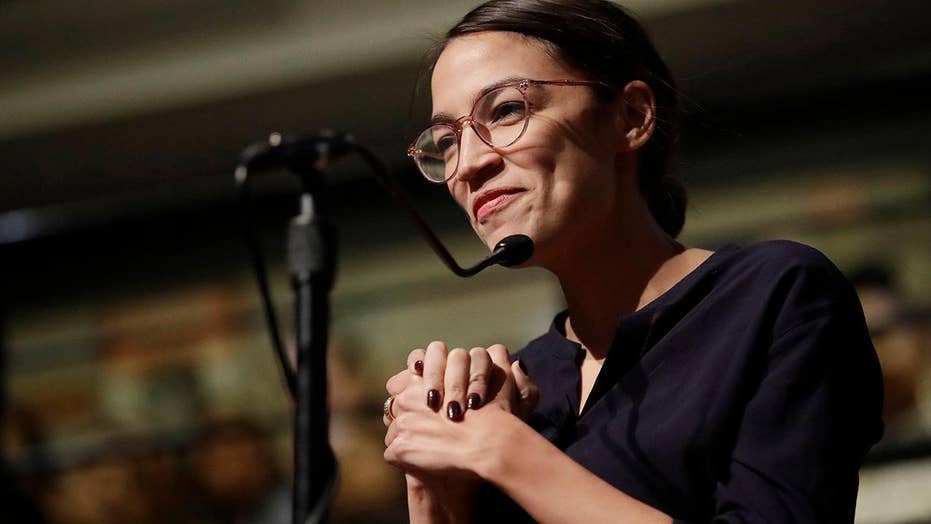 Rep. Alexandria Ocasio-Cortez to help school her fellow Democrats on use of social media

Freshman Rep. Alexandria Ocasio-Cortez, D-N.Y., made C-SPAN history on Wednesday during her first speech on the floor of the House of Representatives.

Ocasio-Cortez, 29, addressed her colleagues on Capitol Hill for nearly four minutes, talking about one of her constituents in the Bronx — an air traffic controller who recently missed his first paycheck due to the partial government shutdown.

Her speech was posted to C-SPAN's Twitter account, and, according to Howard Mortman, communication director for the public cable network, it became the "most-viewed" video of a House member's remarks ever tweeted by the channel.

As of Thursday night, the video of Ocasio-Cortez's speech had around 12,000 retweets and more than 40,000 likes. Mortman said it received 1.16 million views in just over 12 hours.

OCASIO-CORTEZ: TRUMP IS A 'RACIST' AND PEOPLE SHOULD BE 'UNCOMFORTABLE'

Ocasio-Cortez, who was sworn into Congress on Jan. 3, said on Thursday that the current shutdown "is actually not about a wall, it is not about the border, and it is certainly not about the well-being of everyday Americans."

"The truth is, this shutdown is about the erosion of American democracy, and the subversion of our most basic governmental norms," she said.

Following her first House address, the youngest member of Congress — who's been active on social media in her search of Sen. Majority Leader Mitch McConnell, R-Ky. — co-taught a social media class to fellow representatives on "the “most effective ways to engage constituents on Twitter and the importance of digital storytelling."