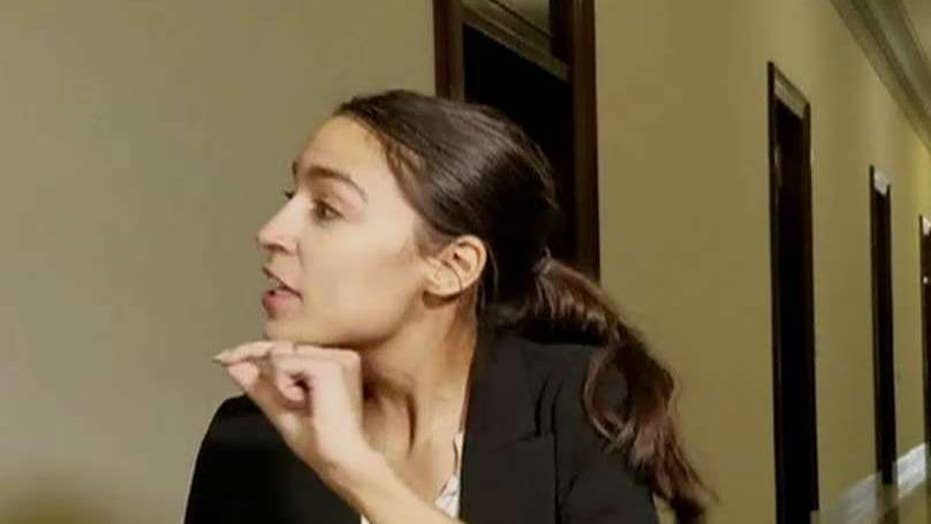 Next time, these members of Congress might want to check Mitch McConnell's itinerary first.

Freshmen Democrats led by Rep. Alexandria Ocasio-Cortez struggled Wednesday to confront the Senate majority leader in-person over the government shutdown, as they carried a letter urging him to vote to reopen the government without border-wall funding – but couldn't seem to find him.

The stunt – dubbed #WheresMitch on social media – came to an unceremonious and anti-climactic end after the pack first went to the wrong office of McConnell, then delivered the letter to his chief of staff, and ultimately declined to stake out the Senate floor.

The group of Democrats, which included Michigan Rep. Rashida Tlaib, California Rep. Katie Hill, and Illinois Rep. Lauren Underwood, carried a letter – reportedly signed by over 30 House freshmen – urging McConnell to reopen the government and bring the House-approved funding package to a vote in the Senate.

They reportedly first marched McConnell’s personal office in the Russell Senate Office Building – only to find out that he doesn’t work there. They shortly fled to the Republican’s Capitol office, where according to The Hill, the group was greeted by the senator’s chief of staff Don Stewart who cordially promised to deliver the letter to his boss.

For Ocasio-Cortez and her fellow Democrats, McConnell’s absence from his office was the proof that he’s avoiding them. “He’s running away from us – so we’re leaving our letter everywhere he’ll be,” Ocasio-Cortez said on Instagram. “Where’s Mitch? … You can run but you can’t hide!”

“He’s running away from us – so we’re leaving our letter everywhere he’ll be … You can run but you can’t hide!”

The group then decided to leave the same letter at the Senate GOP cloakroom and McConnell’s personal office – only to realize they didn’t make enough extra copies of the letter, according to The Hill.

McConnell’s office staff saved the Democrats’ quest by allowing them to use their printer. “They didn’t make a copy of their letter so we’re making a copy for them,” Stewart told the outlet. 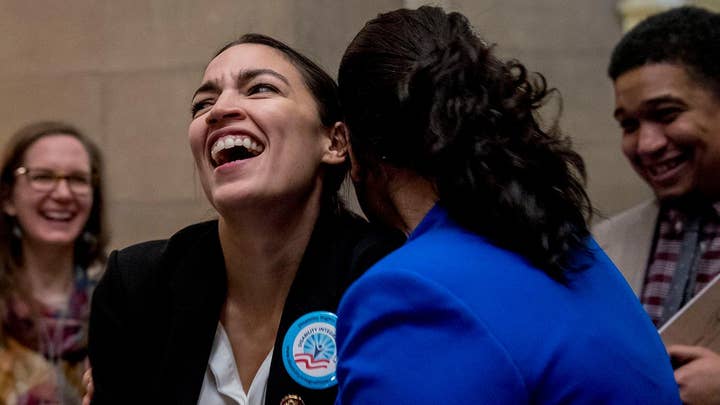 After waiting at the back of the chamber, the lawmakers shortly departed to House side of the building.

McConnell previously ruled out bringing any funding packages to a vote in the Senate unless it’s a deal agreed to by President Trump and congressional Democrats.