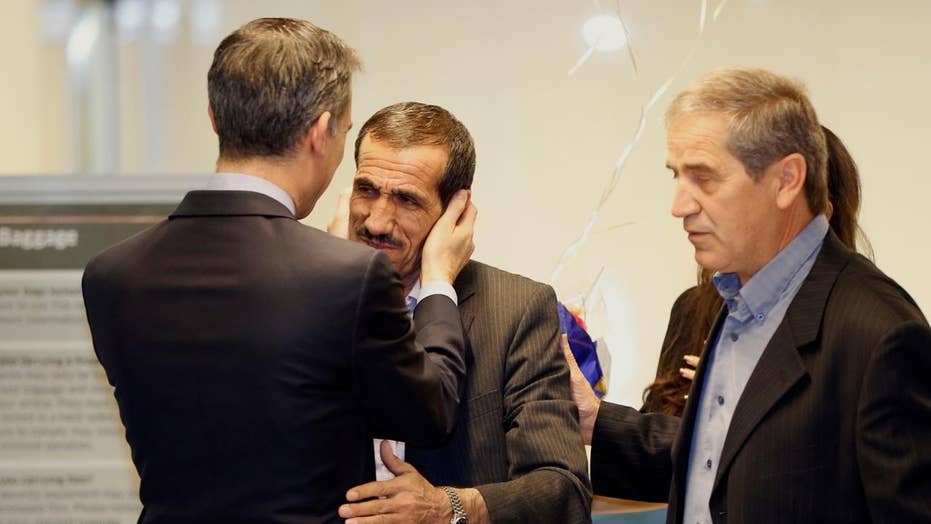 “What the judge announced today is nationwide—the president’s executive order does not apply,” Bob Ferguson, the attorney general from Washington state, said. It was his state that filed the suit.

Qatar Airlines said online that is was directed by U.S. Customs and Border Protection that "all refugees seeking admission presenting a valid, unexpired U.S. visa or Lawful Permanent Resident (LPR) card (Green Card) will be permitted to travel to the United States and will be processed accordingly upon arrival."

The New York Times reported Friday night that airlines have been told by the government to begin allowing these travelers on planes to the U.S. The Trump administration could block these travelers if it wins an emergency stay, but Reuters reported that the U.S. Justice Department will not be filing a stay tonight.

The State Department said it has been informed about the ruling “barring the U.S. government from enforcing provisions of Executive Order 13769.”

“We are working closely with the Department of Homeland Security and our legal teams to determine how this affects our operations,” a spokesman from the department said to Fox News. “We will announce any changes affecting travelers to the United States as soon as that information is available.”

The judge’s ruling, as The Wall Street Journal reported, adds a “fresh round of confusion” to several challenges to Trump’s order.

The judge ordered federal defendants "and their respective officers, agents, servants, employees, attorneys and persons acting in concert or participation with them are hereby enjoined and restrained from" enforcing the executive order.

Harvard Law Professor Alan Dershowitz said in an interview that he believes the state may have an uphill climb because the Supreme Court has ruled in the past that  the Constitution does not protect non-citizens.

Sean Spicer, the White House spokesman, said in a statement that the Justice Department “intends to file an emergency stay of this outrageous order and defend the executive order of the president, which we believe is lawful and appropriate.”

The judge's ruling could be appealed the 9th U.S. Circuit Court of Appeals.

The Journal reported that district judges seldom issue nationwide injunctions, but cited a few in recent years, including a 2010 ruling against “don’t ask, don’t tell” and, a similar ruling in 2015, where a federal judge in Texas issued a nationwide injunction blocking the Obama administration’s implementation granting some protection to children of illegal immigrants.

Trump's order last week sparked protests nationwide and confusion at airports as some travelers were detained. The White House has argued that it will make the country safer.

Washington became the first state to sue over the order that temporarily bans travel for people from Iran, Iraq, Syria, Sudan, Somalia, Libya and Yemen and suspends the U.S. refugee program.