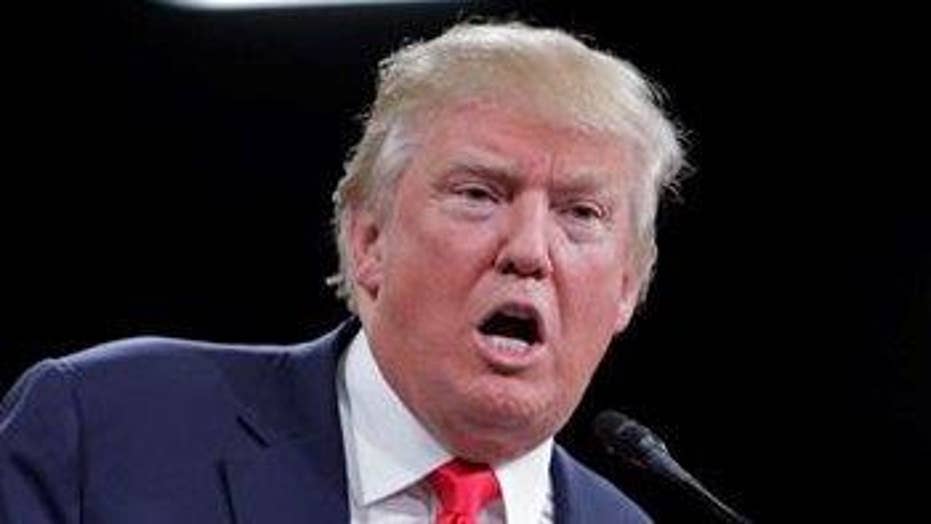 Trump calls out another company for moving jobs out of US

President-elect Donald Trump said Sunday that he’ll slap a 35 percent tax on U.S. companies that move jobs or operations to other countries -- days after announcing a controversial deal with Carrier to keep roughly 1,100 manufacturing jobs in the United States.

Trump, a prolific tweeter with about 15 million followers, needed six posts, each limited to 140 characters, to get out his message.

“The U.S. is going to substantially reduce taxes and regulations on businesses,” Trump tweeted. “But any business that leaves our country for another country, fires its employees, builds a new factory or plant in the other country, and then thinks it will sell its product back into the U.S. without retribution or consequence, is WRONG!

“There will be a tax on our soon to be strong border of 35% for these companies ... Please be forewarned prior to making a very expensive mistake! THE UNITED STATES IS OPEN FOR BUSINESS.”

The string of tweets follow Trump’s announcement last week that he had reached a deal with the Carrier furnace and air-conditioning manufacturer to keep the jobs in Indiana, instead of moving them to Mexico where labor costs are significantly less expensive.

Trump made vowing to keep Carrier in the country and returning other good-paying manufacturing jobs to the economically challenged Midwest a major part of his successful presidential campaign.

But the Carrier deal -- which purportedly includes $6 million in tax incentives and $1 million in job-training grants over 10 years -- has been criticized by liberals and conservatives alike.

Among them are self-described socialist and 2016 Democratic presidential candidate Bernie Sanders and 2008 GOP vice-presidential nominee Sarah Palin, who suggest the deal was an example of “crony capitalism.”

Vice President-elect Mike Pence, who remains governor of Indiana until next month, defended Trump’s effort on Carrier on NBC’s “Meet the Press."

“We were heartbroken when we heard Carrier was pulling up stakes,” said Pence, who acknowledges he couldn’t broker the deal. “The only reason Carrier is staying in the United States is because Donald Trump was elected president.”