On his first day on the job as the new acting secretary of defense, Mark Esper on Monday sent a memorandum to all Pentagon employees, laying out the Defense Department’s “path forward.”

In the memo, titled “Initial Message to the Department,” Esper wrote, “As we continue to advance the Nation’s security, let me reaffirm our path forward. The National Defense Strategy remains our guiding document and everything we do should support its stated objectives.”

Esper was named the new acting secretary of defense by President Trump last Tuesday after Patrick Shanahan withdrew his nomination.

Esper, 56, has served as the 23rd secretary of the United States Army since Nov. 17, 2017. His duties included the recruitment, organization, training, equipping and care of 1.4 million active duty, National Guard, Reserve Soldiers, Department of the Army Civilians and their families, according to his Pentagon biography. 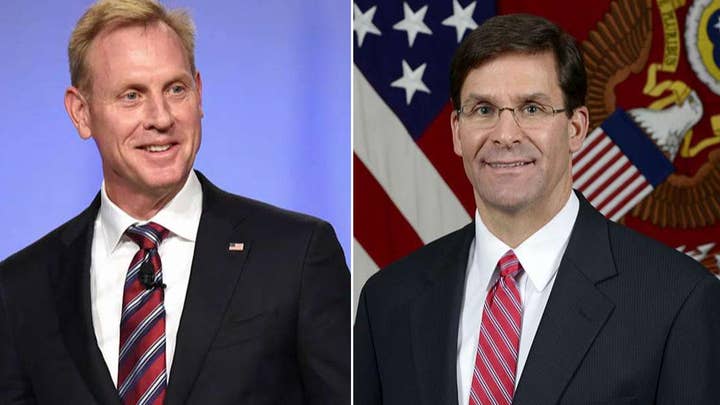 Esper said Monday the department’s priorities would “remain unchanged” and everything the department did “should support its stated objectives.”

He then went on to explain “three mutually reinforcing lines of effort” used to continue to expand the competitive space. They included building "a more lethal force," strengthening alliances and attracting new partners, as well as reforming the department "for greater performance and affordability."

In his memo, Esper explained that building a more lethal force would be the “surest way to deter adversary aggression” and included fully preparing for war. He wrote that it’s important to “continue to build readiness to fight” while “modernizing key capabilities for future conflict.”

Esper explained that U.S. allies and partners “play an essential role in helping us deter conflict and defend freedom around the world.” He added that through continued engagement the country will “grow these relationships and deepen our interoperability.”

Esper graduated from the United States Military Academy in 1986. He received his commission in the infantry and completed Ranger and Pathfinder training.

He served on active duty for over a decade. In the early '90s, he served with the 101st Airborne Division in the Gulf War. He later commanded an airborne rifle company in Europe.

Following his service on active duty, he served in both the Virginia and District of Columbia National Guard and Army Reserve. He retired in 2007.

“Having previously served in the Regular Army, National Guard, and Reserve, I understand well the sacrifices our Service Members, Civilians, and their Families make to protect this great country,” Esper wrote in the memo. “This is why I am committed to taking care of Families and ensuring they have the resources they need to thrive.”

He encouraged soldiers, sailors, airmen marines and civilians to stay focused on their mission and “always do the right thing.”

“Together, we will remain the most ready and capable military force in the world, which is what our nation expects and deserves,” Esper said.