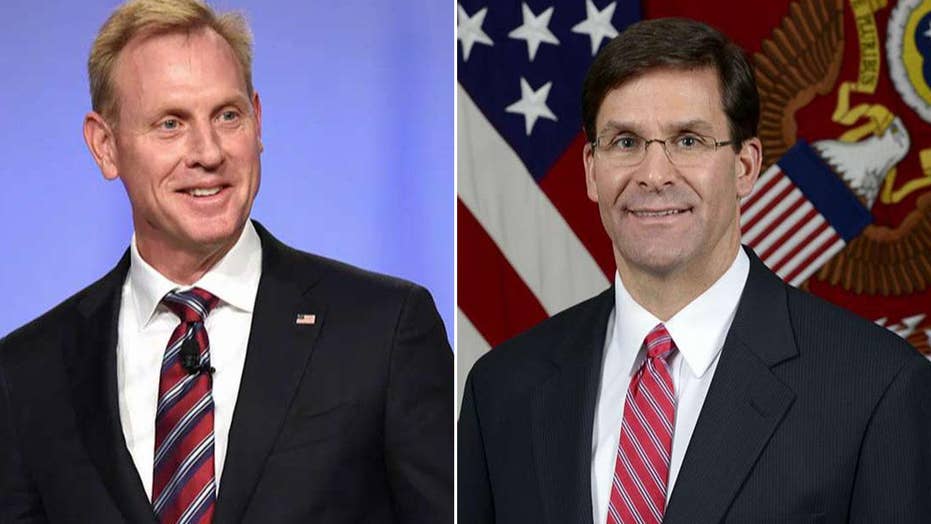 President Trump tweets that Acting Secretary of Defense Patrick Shanahan will not go forward with his confirmation and is being replaced by Secretary of the Army Mark Esper; Jennifer Griffin has the details.

President Trump abruptly announced Tuesday that acting Defense Secretary Patrick Shanahan is withdrawing from consideration to lead the Pentagon and he's naming Secretary of the Army Mark Esper as his replacement.

While speculation has brewed for days about Shanahan's status, the announcement came shortly after the publication of an explosive USA Today report that the FBI has been probing a violent domestic dispute from 2010 between Shanahan and his then-wife as part of his background investigation.

Speaking to reporters outside the White House, the president said, “it's a difficult time for Pat,” adding Shanahan would take “some time off for family matters.”

“Mark Esper will be outstanding,” the president said of Shanahan’s replacement. “And, we look forward to working with him for a long period of time to come.” 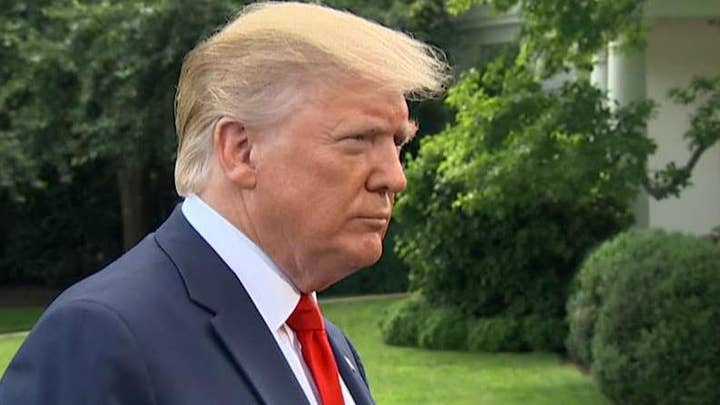 In a resignation letter Tuesday, Shanahan said “it is unfortunate that a painful and deeply personal family situation from long ago is being dredged up and painted in an incomplete and therefore misleading way in the course of this process.”  The Pentagon said Shanahan's resignation will take effect at midnight Sunday.

“I believe my continuing in the confirmation process would force my three children to relive a traumatic chapter in our family's life and reopen wounds we have worked years to heal,” Shanahan said. “Ultimately, their safety and well-being is my highest priority.”

He added, “I would welcome the opportunity to be Secretary of Defense, but not at the expense of being a good father.”

After the 2010 incident, Shanahan and then-wife Kimberley both told police the other punched them, according to USA Today. Shanahan denied the allegations. "Though my marriage ended in sorrow and disappointment, I never laid a hand on my then-wife and cooperated fully in a thorough law enforcement investigation that resulted in her being charged with assault against me—charges which I had dropped in the interest of my family,” Shanahan told USA Today.

The Washington Post also published a story Tuesday detailing other domestic violence incidents involving Shanahan's family, including how his son was arrested in 2011 after allegedly beating his mother with a baseball bat. The Post said Shanahan defended his son, saying at the time he acted in self-defense. Shanahan told the paper this week that resurfacing the incident “will ruin my son’s life,” while backing away from his original self-defense claim.

Without referencing the reporting, Trump announced on Twitter earlier Tuesday the acting secretary will not go forward with confirmation in order to focus on his family.

Last month, the White House announced Trump's intention to have Shanahan permanently lead the department, following his time serving as acting secretary. At the time, Shanahan said he was "honored" by Trump's decision.

But in recent days, there were signs that Shanahan’s confirmation had stalled, as the Senate Armed Services Committee -- the panel that would have held hearings on the nomination -- still had not received paperwork formally nominating Shanahan to the position. Fox News was told the panel was still waiting for paperwork from the FBI’s background check.

Shanahan worked at Boeing for over 30 years before coming to the Pentagon as then-Defense Secretary Jim Mattis’s deputy at the start of the Trump administration. He has filled the role of acting defense secretary since Mattis' resignation last year.