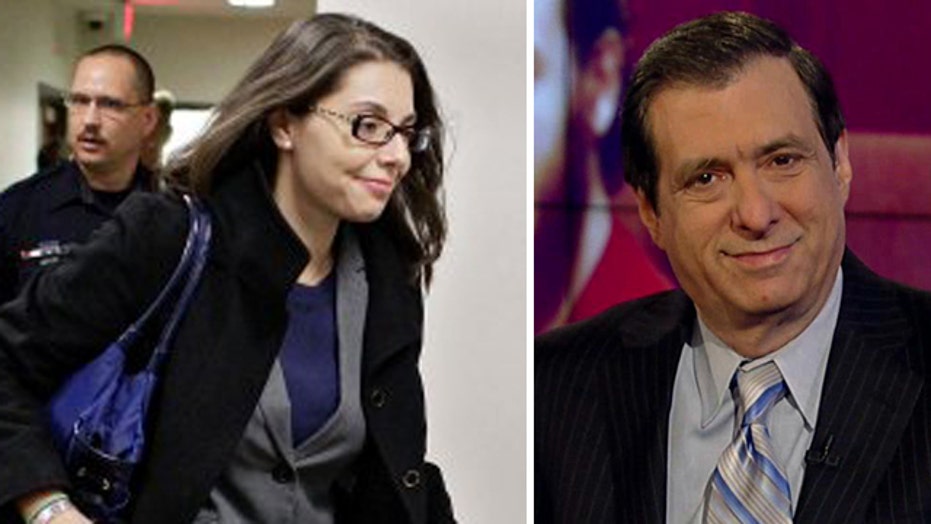 It’s the ultimate character test for a journalist: give up your confidential source or face going to jail.

And it’s not just a theoretical possibility in this age of aggressive prosecutions. Judith Miller, as a New York Times reporter, spent 85 days in jail for refusing to divulge her source in the CIA leak investigation. And federal prosecutors are eavesdropping on some journalists and treating them as potential criminals.

Jana Winter is now confronting the same career-threatening crisis. But it’s not the government that is going after the Fox News reporter. It’s an accused mass murderer.

Winter could face jail time for not revealing her sources in covering the movie-theater shooting in Aurora, Colo., that left 12 people dead and dozens injured last year. She disclosed that gunman James Holmes had sent a notebook to his psychiatrist before the late-night massacre.

The impact of the case against Winter is “quite palpable,” her lawyer, Dori Ann Hanswirth, told me. “She’s having a harder time getting sources to talk to her. Her career as an investigative journalist is damaged. She’s very concerned and upset.”

Winter will ask New York State’s highest court on Tuesday to quash the subpoena issued at the request of Holmes’ legal team. She is asking the Court of Appeals to overturn a 3-2 ruling in a lower court that she can be compelled to testify.

Her case would be a slam dunk if the trial were taking place in New York. The state has one of the country’s strongest shield laws protecting journalists from having to disclose their confidential sources. But Colorado has a much weaker shield law, and its legal standards will apply if the New York courts uphold the out-of-state subpoena.

Holmes “wants her testimony,” says Hanswirth, “because he is convinced that whoever gave Jana Winter some information about a notebook that he gave to a psychiatrist before he went on his rampage violated a gag order against pretrial publicity.”

That may be his legal right, but it seems like a side issue that has nothing to do with his guilt or innocence in the murder trial. Winter’s lawyers dispute the argument that Holmes exhausted all other legal means for getting the information about the leakers.

The Holmes notebook, Winters had quoted a law enforcement source as saying, included “drawings and illustrations of the massacre," along with “gun-wielding stick figures blowing away other stick figures.”

Winter's team had filed a motion asking they will be “unfairly handicapped” unless she can see the notebook in question, but Holmes’ attorneys are trying to block that request. All the officials with access to the notebook have denied being the source of the leak, meaning one or more could potential face perjury charges.

It’s not hard to understand why. If she can be ordered to testify in another state, it could make it easier for other defendants to compel testimony from journalists who live elsewhere.

Winter has vowed not to reveal her sources. If she did, she would basically be washed up as a reporter. But the prospect of an indeterminate jail term seems wildly out of proportion, given that the question of the leak is a sideshow in this murder case.

One journalist with experience in such matters is siding with her Fox News colleague. “Jana Winter’s case has received all too little attention, given the free press issues at stake,” writes Judith Miller. “Now is the time to support Jana Winter.”

A lengthy New York Times report makes the case that Bloomberg News has softened its coverage of China for fear of having its reporters kicked out of the country.

Editor-in-chief Matthew Winkler denies the allegation, but the Times musters a great deal of evidence, starting with one Bloomberg story that hasn’t seen the light of day:

“The investigative report they had been working on for the better part of a year, which detailed the hidden financial ties between one of the wealthiest men in China and the families of top Chinese leaders, would not be published.

“In the call late last month, Mr. Winkler defended his decision, comparing it to the self-censorship by foreign news bureaus trying to preserve their ability to report inside Nazi-era Germany, according to Bloomberg employees familiar with the discussion.

“‘He said, “If we run the story, we’ll be kicked out of China,”’ one of the employees said. Less than a week later, a second article, about the children of senior Chinese officials employed by foreign banks, was also declared dead, employees said.

“Mr. Winkler said in an email on Friday that the articles in question were not killed. ‘What you have is untrue,’ he said. ‘The stories are active and not spiked.’”

In that case, the real test will be whether Bloomberg ever publishes them.

In a statement, Bloomberg News expresses disappointment in the Times piece and says “it is absolutely false that we postponed these stories due to external pressure.” But what about the kicked-out-of-China quote?

Woodward Vs. the White House

If you missed my sitdown with Bob Woodward on “Media Buzz,” here it is.