Robert Driscoll, the lawyer for accused Russian spy Maria Butina, took aim at the Department of Justice on Sunday, telling Fox News exclusively that investigators charged her on technicalities after a lengthy surveillance operation because they didn't want to have to follow her to South Dakota.

In his first interview since Lavrov's call, Driscoll said that Russia doesn't "want her back -- they want her out."

"She's a young woman, who is 29 years old, who just graduated from American [University] with a master's, and she's being held without bond in a D.C. jail on a FARA [Foreign Agents Registration Act] registration charge, and a lot of people look at a young woman like that, and think of their kids," Driscoll said. 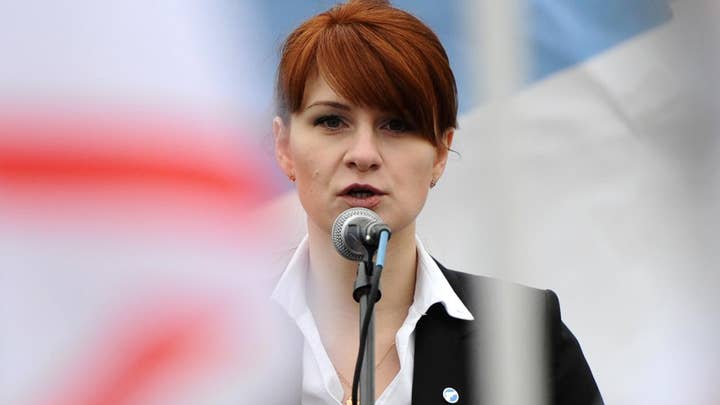 Driscoll played down Butina's texts with her alleged Russian handler, Alexander Torshin, which referred to her "teachers." Her attorney told host Leland Vittert that the two were close because of her previous gun-rights advocacy in Moscow.

"To me, it's an overblown case," Driscoll said. "I think Maria circled among people who were involved in U.S. politics, and people got excited when they saw that."

Driscoll stopped short of saying that Butina's prosecution is a purely political effort, but he charged that it amounts to much ado about a technicality -- and a prosecution that would not have occured if Butina were an American citizen.

FBI agents charged that Butina was getting ready to move to South Dakota to live with her reported boyfriend, conservative political activist Paul Erickson, when they moved in to arrest her.

Driscoll said Butina's connections with high-level officials were overhyped and incidental, and came largely through her relationship with Erickson.

"They haven't charged her with being a Russian agent," Driscoll said. "Everything she's done, according to the government, would be legal if she had filed a piece of paper with the attorney general." 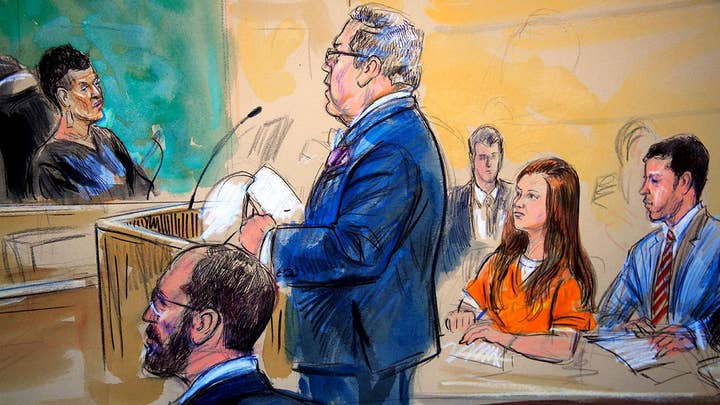 Butina, a Russian national, was arrested in July and is accused of attempting to infiltrate multiple organizations in the U.S. at the direction of an unnamed senior Kremlin official. She has pleaded not guilty to the allegations but remains in jail as prosecutors argued she could be considered a flight risk.

Butina “gained access” to “an extensive network of U.S. persons in positions to influence political activities in the United States” by living with and having a personal relationship with another individual,” according to court documents.

WATCH: IS BUTINA A RUSSIAN AGENT WHO TRADED SEX FOR SECRETS?

She also allegedly offered sex to someone “in exchange for a position within a special interest organization.” Court records did not name these people.

The 29-year-old has connections to a longtime GOP operative as well as the National Rifle Association (NRA). She also asked President Trump a question about the United States’ relationship with Russia when he was just a presidential candidate.

She was in the U.S. on a student visa, enrolled at American University in Washington, D.C. She received her graduate degree from the university in May.

While Lavrov insisted that Butina be released, there were no signs that the State Department was willing to grant or even acknowledge that request over the weekend.

On Sunday, a State Department statement that recapped Pompeo's call with Lavrov omitted any mention of Butina, focusing instead on Syria policy and the countries' efforts to improve counterterrorism coordination.

"Among the topics discussed was the fact that Russia had violated its commitment in southwest Syria" the statement read. "The two also discussed how to implement ideas on counterterrorism process coordination and the mutual goal of establishing business-to-business dialogue between private, non-governmentally controlled entities in each of our two countries."