Turkey's President Recep Tayyip Erdogan with U.S President Donald Trump in the Oval Office of the White House, May 16, 2017. (REUTERS)

Police are set to announce charges against a dozen Turkish security agents who were involved in a violent altercation when Turkey's president visited Washington last month, a U.S. official said Wednesday.

The DC police are expected to say that seven men are being charged for felonies, and another five for misdemeanors. The official wasn't authorized to speak publicly on the matter and spoke only on condition of anonymity ahead of a Thursday news conference that includes Washington's mayor and police chief.

The action is likely to exacerbate what has become a major irritant in U.S.-Turkish ties. Relations were severely strained even before the May 16 clash, which happened as President Recep Tayyip Erdogan arrived at the Turkish ambassador's residence in Washington after a White House meeting with President Donald Trump.

The NATO allies are still at odds over a U.S. decision to arm Syrian Kurdish rebels fighting the Islamic State group in Syria. Turkey considers the fighters to be an extension the Kurdish insurgency in Turkey known as the PKK, and claims without evidence that protesters who showed up during Erdogan's visit to Washington last week were themselves associated with the group. U.S. officials have said law-abiding Americans were affected.

Erdogan's security detail returned with him to Turkey after his visit, so it is unclear if any will face legal repercussions in the United States. However, they could end up being threatened with arrest if they return to the U.S. If any are still in the country, they could be expelled if Turkey refuses to waive diplomatic immunity.

Video of the protest showed security guards and some Erdogan supporters attacking a small group of protesters with their fists and feet. Men in dark suits and others were recorded repeatedly kicking one woman as she lay curled on a sidewalk. Another wrenched a woman's neck and threw her to the ground. A man with a bullhorn was repeatedly kicked in the face.

After police officers struggled to protect the protesters and ordered the men in suits to retreat, several of the men dodged the officers and ran into the park to continue the attacks. In all, nine people were hurt.

Earlier Wednesday, police said two men were arrested for their role in the fracas.

Yildirim made his first appearance before Federal Magistrate James Clarke in Newark, N.J., who ordered him held without bail pending his next court date in Washington.

Public defender David Holman sought home confinement, arguing that Yildirim wasn't a flight risk and had never been convicted of anything before. Clarke said he was less concerned with him being a possible flight risk and more concerned about the nature of the crime.

Holman told the judge that Yildirim has received death threats because of the case. He said Yildirim is a business owner with three kids and ties to the local community. Prosecutors told the judge Yildirim had been arrested twice in the late 90s on simple assault charges, but the charges were later dismissed.

Narin and Yildirim were both participants in the protests, according to a U.S. official familiar with the case. On the day of the violence, police detained two members of Erdogan's security detail but released them shortly afterward. Two other men were arrested at the scene — one for aggravated assault and the other for assaulting a police officer.

The U.S. official, who was not authorized to speak publicly to the matter and demanded anonymity, said DC police had identified 34 of 42 people who were involved in the fight, and are seeking their arrests. Police are expected to release photos of the other eight possible suspects and appeal to the public for information on their identities, the official said.

American officials strongly criticized Turkey's government and Erdogan's security forces for the violence; the State Department summoned Turkey's U.S. ambassador to complain. The Turkish Foreign Ministry then summoned America's ambassador to address about the treatment of the detained security guards.

Turkey's U.S. embassy alleged the demonstrators were associated with the PKK, which has waged a three-decade-long insurgency against Turkey and is considered a terrorist group by the United States.

Turkey's official Anadolu news agency said they chanted anti-Erdogan slogans, and that the Turkish president's team moved in to disperse them because "police did not heed to Turkish demands to intervene." The Turkish Embassy claimed the demonstrators were "aggressively provoking Turkish-American citizens who had peacefully assembled to greet the president. The Turkish-Americans responded in self-defense and one of them was seriously injured." 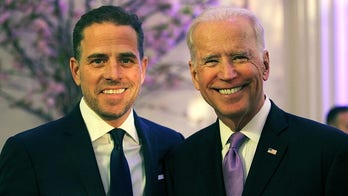 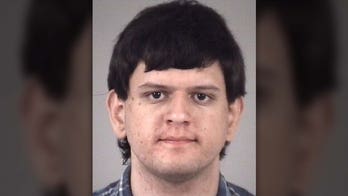