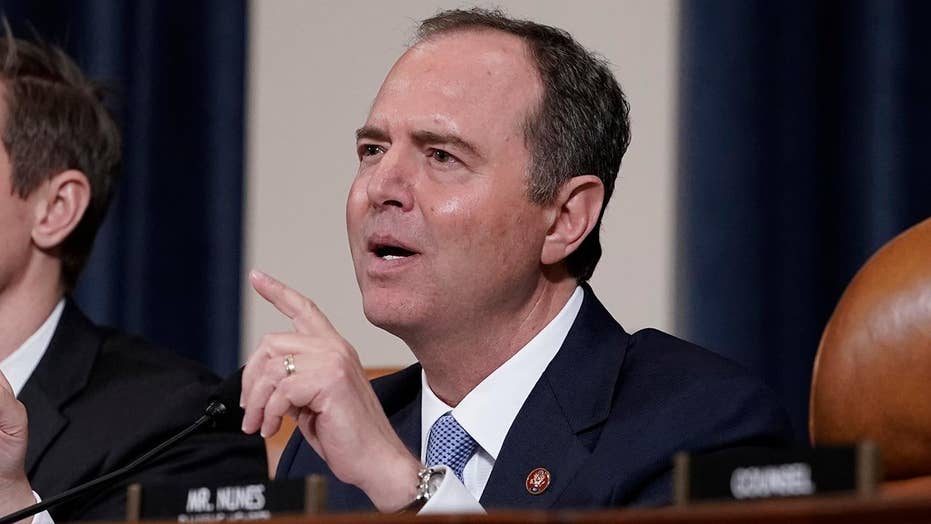 The House Judiciary Committee will begin impeachment hearings on Wednesday, but the individual who got the entire ball rolling won’t be present. The whistleblower is AWOL.

Top House Intelligence Committee Republican Rep. Devin Nunes, R-Calif., pointed out on Nov. 19, “Now that the whistleblower has successfully kickstarted impeachment, he has disappeared from the story — as if the Democrats put the whistleblower in their own witness protection program.”

This key figure’s absence is especially stunning, given that Democrats were for the whistleblower’s testimony before they were against it.

GREGG JARRETT: WHISTLEBLOWER NOT ENTITLED TO ANONYMITY – HE'S AN INFORMANT ACTING AS A DEMOCRATIC OPERATIVE

But Democrats then spun the Impeachment Express 180 degrees.

Schiff continued: “The whistleblower’s testimony is therefore redundant and unnecessary. In light of the president’s threats, the individual’s appearance before us would only place their personal safety at grave risk.”

Schiff took an ugly, nasty turn here, suggesting that President Trump’s statements defending himself against his invisible accuser somehow would expose the whistleblower to violence.

What explains Schiff and the Democrats’ head-spinning whistleblower flip-flop?

“The media have fully accepted the Democrats’ stunning reversal on the need for the whistleblower to testify to this committee,” Nunes explained at a November 19 impeachment hearing.

If the whistleblower testifies under oath, inconvenient truths will erupt. So, Democrats reckon, they are better off sticking a sock in his mouth.