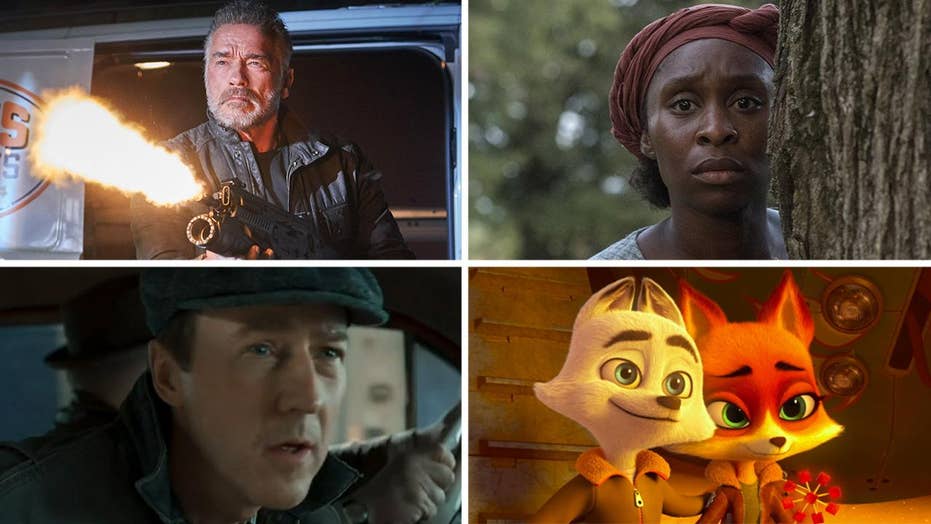 The return of 'Terminator,' a historic bio-pic, a crime drama and an animated adventure highlight the new movies in theaters nationwide.

The exciting and powerful film "Harriet," on screens now, should earn its heroine a well-deserved platform on which everyone can see her: a new $25 bill.

Harriet Tubman escaped slavery in Maryland, fled north 100 miles to Philadelphia, and began life as a free woman in 1849.

But she didn’t sit still.

Through 13 subsequent trips as a conductor on the Underground Railroad, the God-fearing, gun-toting Harriet Tubman helped some 70 slaves slip their chains and escorted them north, to freedom. “I can say what most conductors can’t say,” Tubman declared. “I never ran my train off the track, and I never lost a passenger.”

Tubman served the Union Army as a Civil War spy, and led the Combahee River Raid, a military expedition into South Carolina that liberated some 750 slaves. The 5-foot-tall Tubman promoted women’s suffrage and other causes before passing away in 1913 at about age 90.