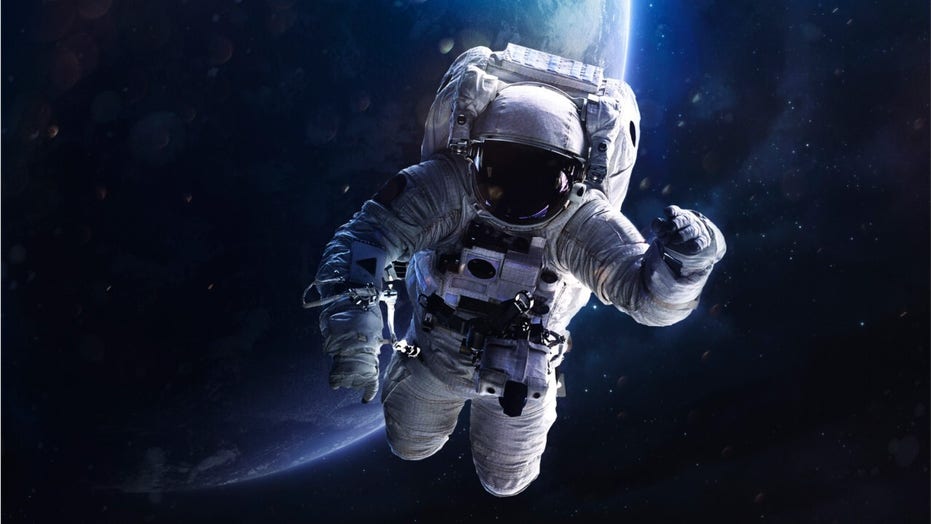 How space can change the human body

Preparing to set foot in an environment lacking gravity and essential tools for survival is not an easy feat and can bring many serious side effects as a result. Learn about some of the major changes astronauts experience when putting their bodies on the line to traverse the universe beyond our planet.

It is very rare that astronomers discover a new population of sources in the sky. A notable example involves the most compact stars known, neutron stars. Even though these stars weigh up to twice the mass of the sun, they occupy a region with the length of Manhattan. Some of these stars generate a beam of radio waves that sweep across our sky periodically like a lighthouse.

In 1967, a 24-year old scientist, Jocelyn Bell Burnell, noticed radio pulses that repeated periodically in her data. Temporarily dubbed “Little Green Man 1,” the source she discovered is now known as a spinning neutron star. It is a member of a vast population of neutron stars, hundreds of millions in our own Milky Way galaxy alone. These are relics from the collapse of massive stellar progenitors which, after consuming the nuclear fuel in their bellies, give birth to neutron stars in a supernova explosion. The regularity of their radio bips made pulsars the best clocks available, up until the last few years when human-made atomic clocks overperformed them.

In the neutron star example, mother nature was far more imaginative than we were. Could history be repeating itself?

In 2007, the astronomer Duncan Lorimer asked his undergraduate student to look through archival data taken in 2001 by the Parkes radio dish in Australia and discovered a bright radio burst. Although the burst lasted a few thousandths of a second similar to the pulse of a pulsar, it did not repeat and it also appeared to have traversed a much larger column of material than the Milky Way can provide. This implied that its source must be located very far away, possibly at the edge of the observable universe. At that distance, the source would need to be billions of times brighter than pulsars, which are mostly detectable within the confines of our own galaxy. In fact, if such a bursting source was placed in the Milky Way, we could have detected it with a cell phone!

Subsequently, many similar bursts were discovered across the sky. They were all labeled as Fast Radio Bursts (FRBs) for lack of a clue regarding their mysterious origin. The universe produced one such burst per second. A small fraction of the known FRBs are repeating, allowing us to pinpoint their distant host galaxy. One source repeats periodically every 16 days.

What is the nature of FRB sources? Should we dub them “Little Green Man 2?”?We have no clue. They could be a mixed bag.

Astronomers are conservative. Given the lack of evidence, the most popular interpretation is that FRBs are newly born neutron stars, only decades old, with an extraordinary magnetic field that generates their powerful radio emission.

But until we uncover a “smoking gun” that produced an FRB, other options should be left on the table. That includes the far-out possibility of an artificial production by an advanced technological civilization. In such a case, the radio beam is most likely not intended for communication because of a simple reason. It takes billions of years for a message to cross the vast scale of the universe.  Nobody would have the patience to wait that long for a response. If the message was meant to be received across a much shorter distance, then why waste so much energy on it? The amount required is comparable to the total power of sunlight intercepted by the Earth, converted into a tightly collimated beam of radio waves. This would necessitate a huge engineering project that can only be rationalized for propulsion purposes. Indeed, a powerful beam of light could be used to push a sail that carries a giant spacecraft to the speed of light. In that case, we are detecting the leakage of radiation beyond the boundary of the light-sail as the beam sweeps across our sky. But altogether, given the exceptional amount of power involved, FRBs are not likely to be signals from extraterrestrial civilizations, unless some of them originate nearby.

The enigmatic nature of FRBs illustrates why science is so exciting. As scientists, we should be humble and not be guided by prejudice but by evidence. After all, if we expect the future interpretation of FRBs to resemble the past interpretation of pulsars we will never discover something new.

There are two avenues for a future breakthrough in our understanding of FRBs. One would stem from the detection of nearby sources that are extremely bright and whose environments can be studied in great detail. The second involves the detection of FRBs in other bands of light, such as visible, infrared or x-rays. Any qualitatively new information might offer us a revealing glimpse at the central engine of these beasts.

Abraham (Avi) Loeb is the Frank B. Baird, Jr., Professor of Science at Harvard University and an elected fellow of the American Academy of Arts & Sciences.  He serves as Chair of Harvard's Department of Astronomy, Director of Harvard's Black Hole Initiative and Institute for Theory and Computation, Chair of the Board on Physics and Astronomy of the National Academies, and Chair of the Advisory Board for the Breakthrough Starshot Initiative.