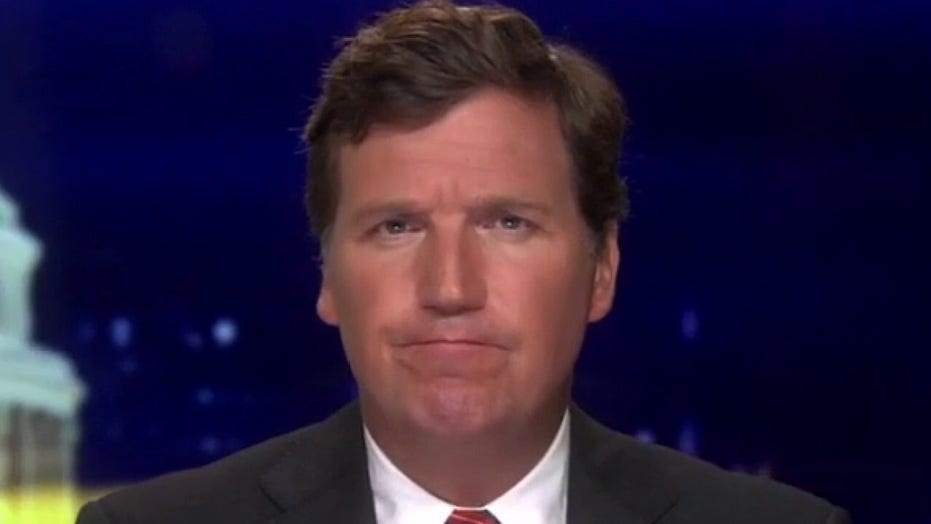 Tucker: We must remain calm but not complacent about the Chinese coronavirus epidemic

Our leaders need to prepare Americans for what's coming and mitigate the damage that China caused.

The Chinese coronavirus epidemic turns out to be just that -- an epidemic. There's no denying that now.

According to the official count, this country has recorded more than 500 cases of the virus and suffered at least 24 deaths. The real number is without question far higher than that; soon we will have a better sense of just how much higher.

By then, this epidemic will have caused economic damage whose effects may dog us for years. People you know will get sick, some may die. This is real.

That's the point of this script, to tell you that. Though you will be forgiven if the whole thing snuck up on you as if from nowhere. An obscure virus arising from a meat market in Eastern China to sicken American citizens in Oregon, in New Hampshire, in Illinois, in Midtown Manhattan -- it sounds ridiculous.

None of our leaders helped us to take it seriously. On the left, you've heard them tell you that the real worry is that you might use the wrong word to describe what's happening to the country. It's racist, they are telling you, to blame the most racist nation in the world for the spread of this virus. Right.

Meanwhile, if we are being honest, the other side has not been especially helpful, either. People you trust, people you probably voted for, have spent weeks minimizing what is clearly a very serious problem. It's just partisan politics, they say. Calm down. In the end, this is just like the flu and people die from that every year. Coronavirus will pass, and when it does, we will feel foolish for worrying about it. That's their position.

No doubt these people have good intentions as they say this, many of them anyway. They may not know any better. Maybe they're just not paying attention, or maybe they believe they're serving some higher cause by shading reality.

Nobody wants to be manipulated by a corrupt media establishment -- and it is corrupt. And there's an election coming up. Best not to say anything that might help the other side. We get it.

But they're wrong. The Chinese coronavirus is a major event. It will affect your life. And by the way, it's definitely not just the flu.

In a typical year, the flu in this country has a mortality rate of about one in a thousand. The overall death rate for this virus, by contrast, is as high as 3.4 percent. That's 34 times deadlier.

Our country is likely to experience a painful period we are powerless to stop. None of this is justification to panic; you shouldn't panic. In crisis, it is more important than ever to be calm. But staying calm is not the same as remaining complacent. It does not mean assuring people that everything will be fine.

But even that number masks the true effects because the mortality is not distributed evenly. For those aged 70 to 79, the death rate is about 8 percent; those over 80 is nearly 15 percent. Death rates are also higher for those with diabetes, respiratory ailments or heart conditions. That's a lot of people.

So what will things look like once the epidemic matures in America? Well, for answers, consider what's happening in Italy.

As of now, coronavirus has brought Italy to a standstill. The prime minister suspended all travel throughout the country unless it's for work, health or emergencies. All museums and archaeological sites are closed. All public gatherings have been banned. Sporting events are now canceled entirely for the first time since the Second World War.

In effect, the entire country is locked down. Over the weekend, prisoners rioted, causing several deaths. Italy is now suffering almost a hundred casualties, people who've died every day from the virus. It's far worse than here, but the only difference, likely, is time.

Early evidence suggests it takes about six days for the number of coronavirus cases to double. If that trend holds here in the United States, it will be just a few weeks until we are where Italy is now. In a few months, if nothing stops the virus, there will be millions of cases here.

Grant Thornton, a major accounting firm, is predicting a global recession due to this epidemic and very low growth, if any, here in the United States. If a recession does hit, it will not be so simple to fight it. The usual stimulus efforts -- tax cuts and lower rates -- won't reopen factories that have shut down to contain a virus. We won't get people to eat at closed restaurants or shop in closed malls or attend canceled sporting events. We're going to have a demand problem in this economy, and that's a big deal.

In other words, our country is likely to experience a painful period we are powerless to stop. None of this is justification to panic; you shouldn't panic. In crisis, it is more important than ever to be calm. But staying calm is not the same as remaining complacent. It does not mean assuring people that everything will be fine. We don't know that.

Instead, it is better to tell the truth. That is always the surest sign of strength.

As they level with us, our leaders ought to prepare the public for what may come next. If a recession is coming, we need to save money for the possible effect of that. If travel restrictions are coming, we should know that, too. Already, the nonstop Acela train service between New York and Washington, which is critical to a lot of people, has been suspended.

The Indian Wells tennis tournament in California, one of the largest in the world, has been canceled for this year. The March Madness basketball tournament is supposed to start in a couple of weeks, but it could be held in front of empty stands or postponed or canceled as well.

In the end, you may be given the option to work from home. But eventually, you may be ordered to do that. You should know.

We should also focus on preparing our health care system for the worst. The time of containing coronavirus with widespread testing and individual quarantines -- blocking the borders are useful, but that time is over. There are too many cases here now. We cannot stop this epidemic. We can only limit the damage that it does.

Now, it's also the time to start looking ahead to the future. Think about what it would mean to face a deadlier version of coronavirus. It's not unimaginable. It's very easy to imagine. Are we ready for that? We are not ready now. We ought to be.

One of the first things we can do to prepare ourselves is break our dependence on China for essential medical supplies. Last week, China's official news service published a piece gloating that the country has brought coronavirus under control. The story claims the rest of the world should apologize to China for criticizing the country over the virus and then drops this not very subtle warning: "If China retaliates against the United States at this time, in addition to announcing a travel ban on the United States, it will also announce strategic control over medical products and ban exports to the United States." 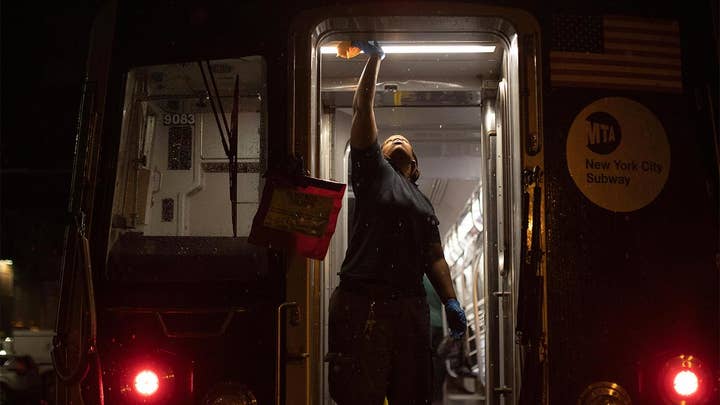 "If China announces that its drugs are for domestic use and bans exports, the United States will fall into the hell of a new coronavirus epidemic."

In other words, they're threatening to kill us -- and that's not an empty threat. We really are that dependent on China for masks and medical equipment, for basic medicines, for pharmaceuticals of all kinds.

It is shocking to wake up one morning and find ourselves in this supine position, dependent on a country that hates us. The people who did it, who made us this dependent on a hostile foreign power, deserve to be punished for what they did. That won't happen probably, but at least we can try to fix the damage they caused --  and there's a lot of it.

The Chinese coronavirus will get worse, its effects will be far more disruptive than they are right now. That is not a guess; it is inevitable no matter what they're telling you. Let's hope everyone stops lying about that and soon.