The city of San Francisco, California has decided to ban words that suggest it has a crime problem.

For the past couple of years, we've reported in some horrifying detail on how the professional left has totally transformed the city of San Francisco from this country's most beautiful city, our Cape Town, into a cesspool of filth, homelessness and drug addiction. That is not an exaggeration. There are now more junkies in San Francisco than there are high school students.

And so you won't be surprised to learn that the city has also become threatening and dangerous. The rate of property crime in San Francisco is the highest of any big city in America. More than five dozen cars are smashed and robbed every single day of the year. It's a disaster.

But don't worry, the city's leaders have a plan to respond to this. And of course, it's not more cops or better enforcement of the law. That would be bigoted. Instead, the city of San Francisco has decided to ban words that suggest San Francisco has a crime problem. If people aren't allowed to talk about crime, maybe they won't notice crime exists. That's the thinking.

So, in other words, victim and criminal are now morally indistinguishable. That's on purpose. This is woke equality.

But there's a problem. Back in Washington, leaders of the Democratic Party apparently haven't gotten the memo on this, and some are still using the term "felon," which is the real "F" word.

So you might want to send the kids from the room as we play the following clip. We warn you: It's ugly.

Former President Barack Obama: An overwhelming majority of Americans agree that anyone trying to buy a gun should at least have to prove that they're not a [bleep] or somebody legally prohibited from owning one.

Joe Biden, 2020 presidential candidate: I think the policy that the voting rights for [bleep] make sense.

Sen. Kamala Harris, D-Calif.., 2020 presidential candidate: For all of those young men, mostly of color, who got arrested and are now [bleep] for life is selling that weed on the corner.

Sen. Chuck Schumer, D-N.Y.: Every law-abiding citizen has the right to have a gun unless you're a [bleep].

Hillary Clinton: What enabled that young man to get a gun he was not entitled to? He was a [bleep]. He had a [bleep] conviction.

Sorry, about all the "F" words. How insensitive can you get? Someone better call H.R.

Meanwhile, back in the city of San Francisco, there are no longer any "juvenile delinquents." The whole category has disappeared. Criminals under 18 are now referred to as "young people impacted by the juvenile justice system" -- as if the system, and not the kid, committed the crime, which is what the left in fact believes. It's your fault, not theirs. Check your privilege, Middle America.

Drug addicts, meanwhile, in San Francisco are now called "people with the history of substance use." "Use," not "abuse." Get it? Heroin addicts are now the same as insulin-dependent diabetics; both use "substances." You can't call one better than the other. They're both exactly the same.

Language makes thought possible. When the words disappear, so does our ability to think about the ideas the words represent.

Now, you could laugh this off. San Francisco, after all, is where all the crazy things happen. But language makes thought possible. When the words disappear, so does our ability to think about the ideas the words represent.

When they prevent you from saying the obvious, over time, it becomes impossible to see the obvious. And that's exactly of course, why they do it. 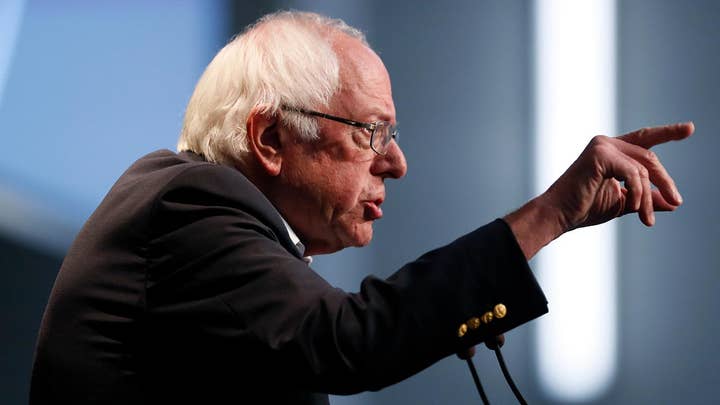