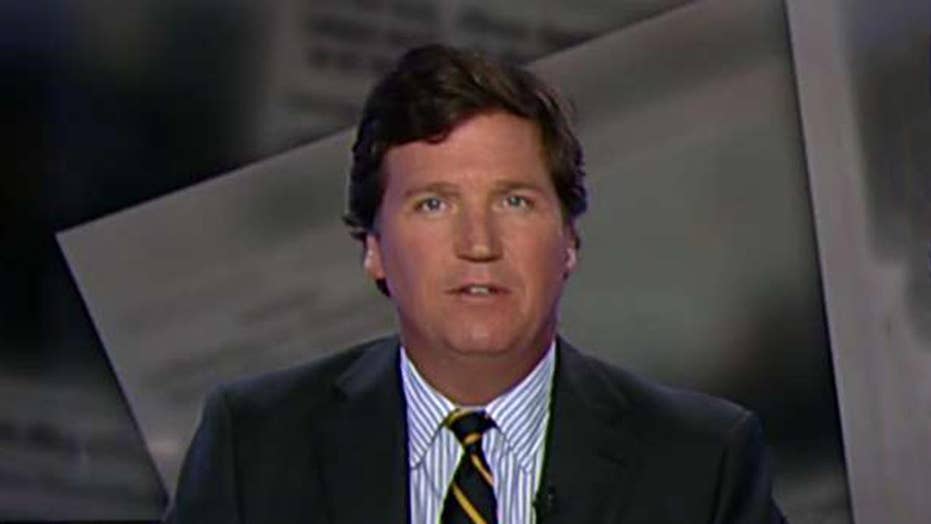 Tucker: New York Times report on Kavanaugh was a crock

It was just three days ago that New York Times reporters Kate Kelly and Robin Pogrebin were the toast of the left. Boy, things move fast.

Their new book appeared to finish the job that the national media started a year ago and take out Brett Kavanaugh for good. The authors accused Kavanaugh of committing a kind of sexual assault as a college student more than 30 years ago at Yale. Details were sparse, but it was enough to launch a tsunami of rage from the left.

Shouters on the other cable channels immediately denounced Kavanaugh as a gang rapist. Virtually all of the leading Democrats running for president demanded that Kavanaugh be impeached and removed from office.

And then almost immediately, the story fell apart. Sunday night, the newspaper was forced to make a devastating correction to the piece. In fact, the woman that Kavanaugh supposedly attacked didn't remember anything about the event.And just like so many previous stories about Brett Kavanaugh, the whole thing turned out to be a crock.

So last night, Kelly and Pogrebin sought refuge on MSNBC -- in fact, on "The Last Word with Lawrence O'Donnell," a show highly familiar with botched stories. Their explanation: "Don't blame us, blame our editors."

Lawrence O'Donnell, MSNBC host: What happened with that omission that the Times later felt belonged in the piece?

Kate Kelly: Well, first of all, Lawrence, there was zero intent to mislead anybody about the details of the incident.

O'Donnell: In your draft of the article, did it include those words that have since been added to the article?

Pogrebin: It did. It did.

O'Donnell: It did. So somewhere in the editing process, those words were trimmed.

Pogrebin: I mean, I think what happened actually was that, you know, we had her name. And, you know, the Times doesn't usually include the name of the victim.

And so I think in this case, the editors felt like maybe it was probably better to remove it. And in removing her name, they removed the other reference to the fact that she didn't remember.

O'Donnell: Okay, and so in their removal of the name, they ended up removing what follows it.

Pogrebin: The whole sentence, yes, and so I think it was just sort of an editing -- you know, done in the haste in the editing process, as you know.

Well, actually, that story could be true. The New York Times is not what it used to be. It's perfectly believable that some half-asleep, politically inflamed editor at the paper would blow one of the most important stories of the year. It's not a very impressive news outlet anymore.

In some ways, it's a shame that Kate Kelly and Robin Pogrebin bungled their story so badly because the book actually has some interesting revelations in it -- assuming they're true.

But a missing line is not the only problem with this story. This is the treatment the two authors received at, of all places on, "The View."

Meghan McCain, co-host of "The View": I understand that the woman didn't want her name out publicly. If not, why is her name in the book?

Kelly: Her name is in the book because we think it is relevant information. We think it's accurate. And we know that her name was provided to members of the Senate and the FBI by a witness named Max Stier, who is a good governance activist in Washington, who is a respected figure. And he had provided this name, [and] the name is in documents, like in a letter.

Kelly: He did, at one point, I understand that he worked Williams & Connolly.

Abby Huntsman, co-host of "The View": Why wasn't that in the piece, because that is -- if we're talking about credibility ...

Kelly: Right. I understand it is relevant background in this case. It was a very short mention, and we only talked in brief terms about what he is doing right now. So we didn't see all of that context to be necessary. But I understand why you're bringing it up, and I think it's fair.

Just a "short mention." Of course, it's the critical claim in the story/book. We looked at some context. Well, it turns out some people think it's relevant when a character destroying smear comes from political activists, rather than from, say, ordinary citizens.

You ought to be able to know that when you're reading the piece. The Time disagrees, though. They don't think you have a right to that context. Of course, these are also the people who took the Trump dossier seriously and buried the context in that.

And you know, in some ways, it's a shame that Kelly and Pogrebin bungled their story so badly because the book actually has some interesting revelations in it -- assuming they're true. For example, they were the first reporters to get an on the record statement from Leland Keyser. That's the friend of Christine Blasey Ford who supposedly could corroborate her story of being assaulted, but in the end, did not corroborate it.

Why didn't she? Well, Keyser told the authors that she had "no confidence in Blasey Ford's story." That's not something the left wants you to hear. So of course, the authors downplayed that and buried it at the very end of the book. Really? It seems like the lead. But no, they downplayed it.

They also downplayed another telling fact pattern, which is just how far the left was willing to go to destroy Kavanaugh last year. Mollie Hemingway and Carrie Severino also wrote a book on the subject. It's called "Justice on Trial," and they reported that Leland Keyser faced sustained pressure from the left to change her story, to lie and support Blasey Ford's account. 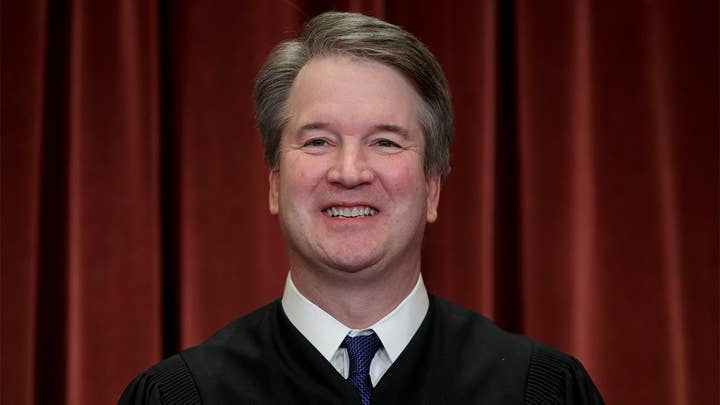 Kelly and Pogrebin found out what exactly that pressure was. They got text messages in which Blasey Ford's allies discussed defaming Leland Keyser, who is a suburban mom outside D.C., as a drug addict. Keyser confirmed that this happened, and she told the two reporters, "I was told behind the scenes that certain things could be spread about me if I didn't comply."

Now that's an interesting story from a relevant source. It's not some unsupported gossip from a decades-old dorm party; it just happened last year. The problem with it, though, is that the story -- the truth of it -- makes the activist left look like ruthless fascists. Why? Because they kind of are.

So the New York Times suppressed that. They didn't want you to know, but you should know that.