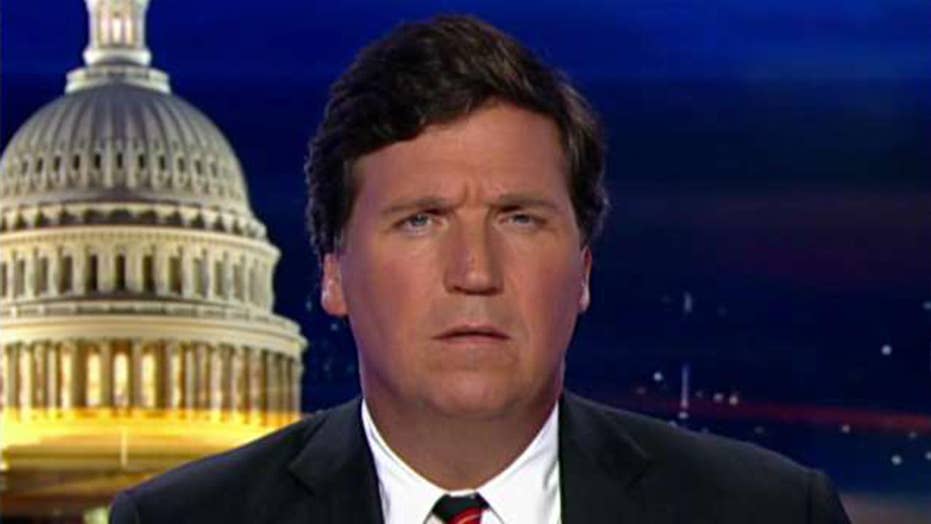 Tucker: Comey sees himself as the last honest man in Washington

For more than two years since President Trump fired him from his job, Jim Comey has maintained that he did absolutely nothing wrong at any level. He said that Donald Trump is a deranged madman, likely a foreign agent and that he, Jim Comey, is the embodiment of moral rectitude -- the last honest man in Washington.

If you were paying attention to Twitter on Thursday, you saw Comey making that case even today! But with the release of this report on Comey from the Justice Department's Office of the Inspector General, we can say definitively that it is all a lie. The report proves it. It is a devastating assessment.

The report shows that from the very beginning of the Trump administration, Comey pursued a partisan political agenda and that he did it in the sleaziest, most feline possible way.

For example, publicly, Comey has claimed that he met with a newly-elected president in January of 2017, in order to give him as much information as he could about the Steele dossier as a courtesy. But according to several witnesses, that account is false. In fact, Comey treated the interview with the president as an intelligence-gathering operation.

He stashed a secure FBI laptop in the car that he took to the White House so that he could immediately begin writing a memo about the meeting after it concluded. In other words, the whole thing was a setup, and it was just one of many. In the end, Jim Comey wrote seven memos like this. At least two of them contained information the government later classified as secret, but Comey leaked the information nonetheless.

In the words of the inspector general's report, "By not safeguarding sensitive information obtained during the course of his FBI employment, and by using it to create public pressure for official action, Comey we set a dangerous example for the over 35,000 current FBI employees and the many thousands more former FBI employees who have similarly had access to our knowledge of nonpublic information."

All of which is putting it mildly.

Jim Comey was the most powerful law enforcement official in the country. There was virtually nothing he couldn't do. He used his power for political ends, and there's nothing more corrupt than that.

Of course, we suspected that already. More than a year ago, Comey announced it to the world, in fact. In an April 2018 interview with ABC News' George Stephanopoulos, Comey admitted that he hid the origins of the Steele dossier from his boss, the president.

George Stephanopoulos, ABC News host: Did you tell him that the Steele dossier had been financed by his political opponents?

James Comey: No, I didn't -- I didn't think I used the term "Steele dossier." I just talked about additional material.

Stephanopoulos: But did he have a right to know that?

Comey: That it had been financed by his political opponents? I don't know the answer to that. It wasn't necessary for my goal, which was to alert him that we had this information. 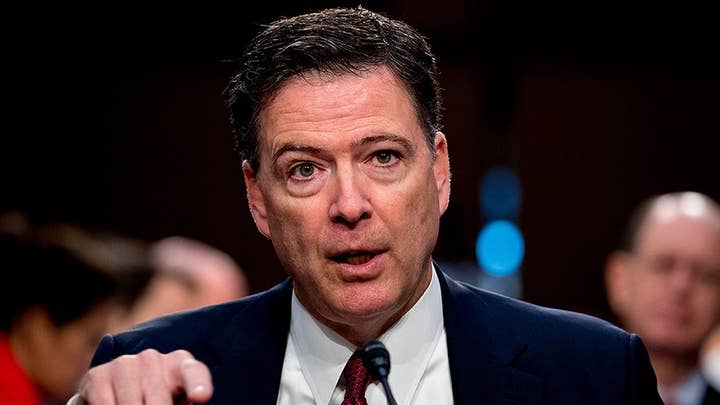 "It wasn't necessary for my goal." Of course, it would cut against his goal. In that same interview, Comey suggested the most sensational and least likely parts of the Steele dossier might, in fact, be real.

Comey: I honestly never thought these words would come out of my mouth, but I don't know whether the current president of the United States was with prostitutes peeing on each other in Moscow in 2013. It's possible, but I don't know.

"I don't know." Of course, he did know. What you just watched wasn't speculation. It was slander, done intentionally for political effect.

Think about it. That man once led an agency as terrifyingly powerful as the FBI.

But if you think about it, who can really be shocked by that?

John Brennan once ran the CIA; James Clapper was the director of National Intelligence. Like Comey, both men are proven liars with a weakness for conspiracy theories. And yet in Washington, all three of them are still considered impressive. And that may be the scariest fact of all.