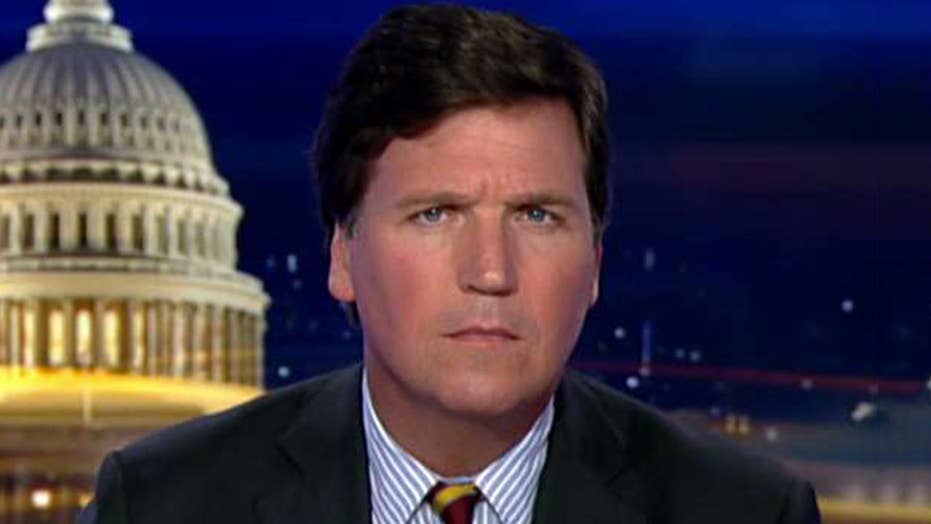 Instead of a common American culture, Democrats see only tribes.

Bernie Sanders is running for president again, not that he ever really stopped. Sanders announced his second campaign this morning in a ten-minute video. Before you drop everything and watch it, take half a moment to appreciate just how much America and the Democratic Party have changed over the past four years.

Pull up Sanders' first presidential announcement speech. It was May 26, 2015 in Burlington, Vermont. Sanders looked a lot different then, but the second thing you will notice, if you watch it is how familiar his words sound. It is spooky.

Virtually, all of the themes in Sanders' announcement speech, his first one, or what in the end got Donald Trump elected president -- the collapse of the middle class, the crushing cost of health care and student loans, the pointlessness of perpetual war in the Middle East, the distorting effects of the Washington lobbyists and donors - the swamp, the dangers of corporate power and the need for better jobs and higher wages for Americans, the generational disaster that is the trade policy -- it is all there, everything but build a wall.

Sanders has often described the 1970s era as socialist and that is basically true. He honeymooned in the Soviet Union. He looks like he combs his hair with a balloon, but if you listen carefully, what Bernie Sanders was really selling in the last campaign was not Marxism, it was economic populism and an awful lot of people agreed with it.

Many of them wound up voting for Donald Trump in the general election.  In case you have forgotten, here is what Bernie Sanders said back then:

Well, you can disagree about whether Wall Street and the big banks are really driving America's decline, like all politicians -- Sanders was and is an over-stayer -- but looking back, there was something touchingly old fashioned about the way Bernie Sanders ran that campaign.

Sanders made no appeal at all to interest groups. He explicitly opposed interest groups.  He instead talked about national unity and the people left behind. His first announcement speech did not mention the words "racism" or "sexism" or for that matter, "abortion" or "gun control." He said nothing about immigration or noncitizens.

Sanders was running for Americans -- all of them -- whether you would agree with him or not.

Needless to say, Sanders quickly found himself at war with Democrats. The modern Democratic Party has no place for the idea of nationhood. It rejects the existence of universal interests and values. Instead of a common American culture, Democrats see only tribes.

Now, Bernie Sanders is pushing 80 and he seems completely bewildered by these changes in attitude.

In the weeks after 2016 election, Sanders told one reporter that Hillary Clinton lost the race because "It's not good enough to say, 'I am a woman, vote for me.'" Well, Sanders was right,obviously. But he was way too late. 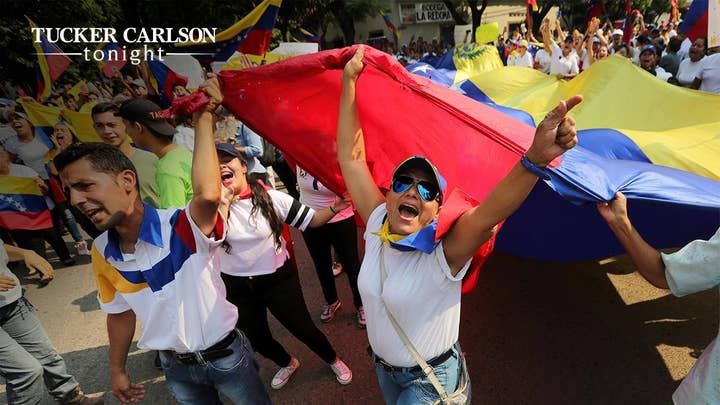 Modern Democrats are defined by identity politics, that's the idea that the accident of your birth determines what your worth, your value. Some groups are favored, others are blamed and punished. What matters isn't what you do, the choices that you make. What matters is who you are genetically. By the time Brett Kavanaugh was nominated to the Supreme Court six months ago, the Democrats had made this entirely explicit. Here are a few examples:

JOHN GARAMENDI, FORMER UNITED STATES REPRESENTATIVE:  Women across this  nation should be outraged at what these white men senators are doing to this woman.

A. SCOTT BOLDEN, ATTORNEY:  It is a white man strategy that is politically dumb, in my opinion.

JOY BEHAR, HOST, THE VIEW:  These people in Congress right now in the Senate Judiciary Committee, these white man, old, by the way, are not protecting women.

Old, white men. Not a favored group in the modern Democratic Party to put it mildly, and yet Bernie Sanders is undeniably all three of those things. So how do you win the nomination of a party that hates you for qualities that you can't change?

Bernie Sanders is not the only Democrat facing this dilemma, far from it, nor is he the only one to realize that there is only one solution, you have to embrace identity politics. Getting woke is the only option, so Bernie Sanders has done just that. Here is this excerpts from his second presidential announcement video which was released on Tuesday:

“Our campaign is about transforming our country and creating a government based on the principles of economic, social, racial and environmental justice.  Our campaign is about redoubling our efforts to end racism, sexism, homophobia, religious bigotry, and all forms of discrimination.”

So that is the new Bernie Sanders, and he seems a lot smaller than the old version. Instead of saving America from predatory global capitalism, Sanders plans to save us from Donald Trump's racism and sexism.

Any change of the status quo is a threat to them by definition. It is much better for them to have the population squabble over unresolvable questions of identity.  A nation that is arguing about skin color is not asking how a tiny group of people is now flying private while almost everybody else has gotten poorer.

So identity politics is a tactic designed to prevent conversations dangerous to the ruling class, obviously. It is also a way for some of the most privileged people in America to recast themselves as victims.

Cory Booker, for example, Cory Booker went to Stanford, Oxford, and Yale. His parents were IBM executives.  Booker has spent most of his career in the Senate carrying water for his fellow privileged people, his peers on Wall Street.

Privileged? Yes, Cory Booker defines that word. Now that he's running for president, it will be interesting to hear Cory Booker explain why he has allowed his friends in the finance world to continue to pay half the tax rate that you are probably paying now, but he likely doesn't want to talk about that.

Instead, he will probably spend most of his time talking about racism, including the racism he has personally experienced as a powerless person. -- A powerless person who went to Stanford, Oxford, and Yale and whose parents were IBM executives.

So you can see what is going on here. This is a scam. Identity politics is a scam and it is not so different from the one that Jussie Smollett just pulled.

Smollett a rich actor with a hit TV show. That is fine. We used to call people like that "pampered," but Smollett doesn't want to be thought of as pampered -- and nobody does really -- so here he recast himself as a victim.

The people oppressing him, he told us, were Trump voters. Badly educated thugs from some rural backwater probably, in-breeds who have never read a book.  People who do not have Kamala Harris' personal cellphone number. People who probably don't even believe in global warming or like Thai food. Those people. They are the problem and they must be crushed.

Somehow, the left is telling us the weak are now oppressing the strong. That is their claim. The old left would have pushed back against this. They would have felt some sympathy for the people our economy has left behind, but not anymore.  The new left reveres Cory Booker and Barack Obama. They are rallying behind Jussie Smollett. Once Smollett's fraud was exposed, they defended him without saying so.

Here’s what Cory Booker said, “Well, the information is still coming out and I am going to withhold until all of the information actually comes out from on-the-record sources.”

And Kamala Harris, “OK, so I will say this about that case.  I think that the facts are still unfolding, and once the investigation is concluded, then we can all comment, but I'm not going to comment until I know the outcome of the investigation.”

So no one can admit that Jussie Smollett is not a victim. He is a rich guy who played the victim and blamed other people. Now, nobody has asked Bernie Sanders about that story.  But he would probably say the same thing. He has to say that, it is required now.