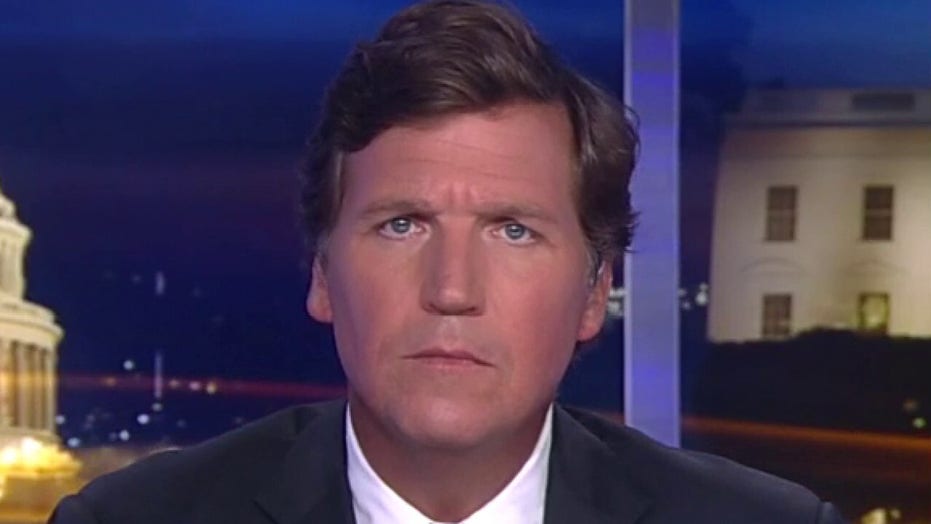 The report confirms much of what we suspected.

The coronavirus epidemic appears to be easing for just a moment in this country. Many are still sick, some of those will die.

IN WAKE OF CORONAVIRUS CRISIS, 'TARGETED LOCKDOWN' COULD BE BETTER FOR PUBLIC HEALTH, ECONOMY: RESEARCH

But overall, for this moment, anyway, there appears to be a lull. The death count on Sunday was the lowest it has been in weeks. And that could easily accelerate at some point, maybe soon, and some people are predicting it will.

Now, there are some leaders in America who are closely following the science on this, and in the communities they run, restrictions are beginning to lift in response to this reality. Life is slowly returning to normal for them.

But many other politicians seem gravely disappointed by this development. Seeing Americans live freely for the first time in months enrages them. It means their own power is dissipating; it is slipping away.

And so they stomp their feet in frustration as they watch it. They pour their venom onto social media and red-faced hits on cable news. They love this pandemic, this tragedy -- every sad minute of it. It makes them feel indispensable, omnipotent, like gods. They desperately don't want it to end. They're saying that out loud in effect.

Now, you may find their attitude baffling because, of course, for the rest of us, a return to life is the greatest possible blessing. We have a lot to look forward to. And it's spring.

But that doesn't mean we should forget what happened and how. We shouldn't forget; we should remember. And as we do remember, we ought to work to prevent it from ever happening again, and that means being very clear about how this began.

We know a lot more about that than we did six weeks ago. This new information is not thanks to our press corps. Reporters are supposed to be open-minded and curious -- that was once their job description. But our media are no longer interested in learning what they don't know. They're not journalists anymore. They're gatekeepers. They're heavies for the professional class.

They believe their job is to make sure that no prole in America, ever, has an unauthorized thought. Wherever free-thinking emerges, our media are there to slap it down and suppress it.

So, for months, they demanded we not think about where this virus came from. "Stop thinking!" Any suggestion that it may have come from China, they told us, was dangerously racist.

John Heilemann, MSNBC contributor: Xenophobic wartime Trump where he thinks the only path now is to basically declare the virus public enemy No. 1, paint it in somewhat racist terms.

Karin Jeane-Pierre, MSNBC contributor: The xenophobia and the racism and outbreak is such a common thing, and it is incredibly dangerous. It is problematic and it is scary and I just really want to call that out.

Cecilia Vega, ABC News reporter: Why you keep calling this the "Chinese virus"? Why do you keep using this? A lot of people say it is racist?

President Donald Trump: It's not racist at all. No. Not at all. It comes from China, that's why.

"Why do you keep calling this the Chinese virus?" Hilarious. It would be amusing to ask HR departments in network television why they exclusively hire morons with no self-awareness. Maybe they're cheaper.

As China downplayed the epidemic internationally, the Chinese government was busy stockpiling medical supplies for itself, taking them from the rest of the world for itself.

Tying this pandemic to China is not racist. It is true. It came from China. And as we're now learning, it could only have come from China in the way that it did. Over the weekend, "The Daily Telegraph," an Australian newspaper, ran an amazing story. It consisted of excerpts from a new 15-page Intelligence assessment on China's role in the disaster.

This assessment was written by officials from the so-called "Five Eyes" -- the United States, Britain, Canada, Australia and New Zealand -- their combined Intelligence. It was a multinational effort. In effect, this new report confirms much of what we've suspected.

No, the virus likely did not come from mammals, that, for some reason, were being sold in a seafood market in Wuhan. Not from bats, not from pangolins, whatever those are. No. Instead, it much more likely came from a research lab, as the Chinese all but admitted at the outset.

As this assessment notes, the Wuhan Institute of Virology was performing extensive research on bat coronaviruses at the time of the outbreak. Here's the full timeline that the document lays out. It's fascinating. We've known some of this, some we didn't know. Here it is.

By early December, authorities in China knew that this disease could spread from person-to-person. That's a very important thing to know about a coronavirus. Coronaviruses live in animals, but the ones that can spread to human beings, by definition, are dangerous to us. They lied about that.

The government of Taiwan knew. They issued a warning about it in late December. Experts in Hong Kong knew, too; they did the same on January 4th.

We're squabbling about lockdowns. The governor of Maine threatens to arrest people for having lunch in public. Police in New York tackle and assault citizens for going outside. That's the debate in this country. That's not the debate in China. Why? Because the Chinese government has bigger plans. By the time this pandemic has played out, China plans to rule the world.

Yet, despite the overwhelming evidence, the Chinese Communist Party claimed, no, the virus could not be spread from person-to-person. And then China convinced the World Health Organization to repeat this deadly lie, which they did continuously until January 20th.

On January 2nd, Hubei Province's health authority ordered genomics companies to stop testing for the new virus, ordered them to destroy -- not save -- destroy any samples of the virus they had already collected. One day later, China's National Health Commission banned the publication of any research on the virus. In the middle of an outbreak that became an epidemic that became a global pandemic, they banned research.

Day by day this cover-up became crazier and more intense. From January 5th to January 18th, Wuhan officials refused to offer any updates on the spread of the virus. On January 14th, the chief of China's National Health Commission warned, in private, that the Wuhan coronavirus is very likely to become a "major public health event." In other words, a disaster in which many would die.

But the Chinese government hid that news from the world. We didn't know because they hid it. Ten days later, authorities in China blocked the Wuhan Institute of Virology from sharing viral samples with colleagues around the world, including at the University of Texas. Meanwhile, Chinese doctors who tried to warn the public -- and there were several -- were arrested, punished and possibly murdered.

On January 2nd, Chinese state media announced the arrest of eight people. Chinese police warned the public not to "fabricate rumors" -- not to spread rumors, not to believe rumors.

So, why was China doing all of this? To save face, obviously, but there were other reasons.

A new report by the Department of Homeland Security suggests one of those reasons. As China downplayed the epidemic internationally, the Chinese government was busy stockpiling medical supplies for itself, taking them from the rest of the world for itself.

But at first, the numbers didn't reflect that. People were confused. Why? Because China delayed the research of trade data to hide what they were doing. And then the Chinese government began emitting smokescreens in the media. They used Western race guilt as a defensive weapon against the West.

While China imposed tough internal travel restrictions, for example, it attacked Western governments for any restrictions they thought about placing on China as racist. The result: Many thousands of people left Wuhan and came to Western countries where they started outbreaks in dozens of cities -- New York, Seattle, Milan.

At the same time, Chinese diplomats began telling the world that the virus actually had come from America, maybe from the U.S. military, maybe from a lab. They denounced any claims to the contrary as -- I'll give you three guesses -- racist, and it worked. 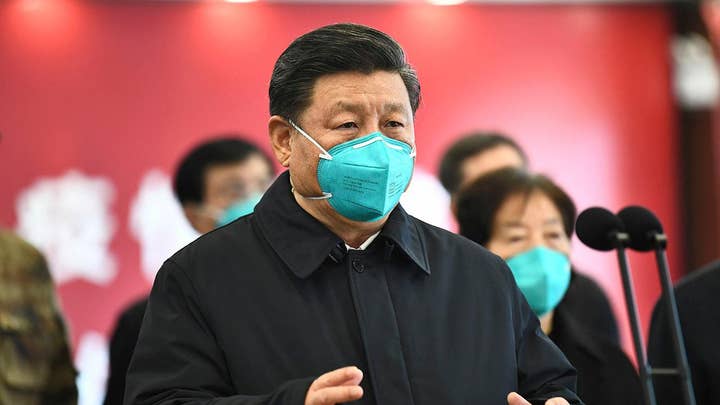 Of course, it worked. That's why they did it.

As the European Union prepared a report on the coronavirus, Chinese diplomats pressured the EU successfully to remove language on China's lying, its rampant misinformation about it. Western media, needless to say, played along with all of this. Why? Because instinctively they know, at a gut level, that any criticism of Western civilization must be true, of course. So, it was easy for them to wind up as willing pawns of Chinese government propaganda -- and pawns they were.

So, that's how it all began, according to this multinational intel report. The question for us is, what happens next? And of course, that chapter has not yet been written.

We're squabbling about lockdowns. The governor of Maine threatens to arrest people for having lunch in public. Police in New York tackle and assault citizens for going outside.

That's the debate in this country. That's not the debate in China. Why? Because the Chinese government has bigger plans. By the time this pandemic has played out, China plans to rule the world.

So, for the West, the coronavirus has been a bewildering disaster that we will be recovering from for a long time. But for the Chinese government, which thinks long term, the whole thing has been a blessing. In fact, they believe it is the beginning of a new Chinese century.