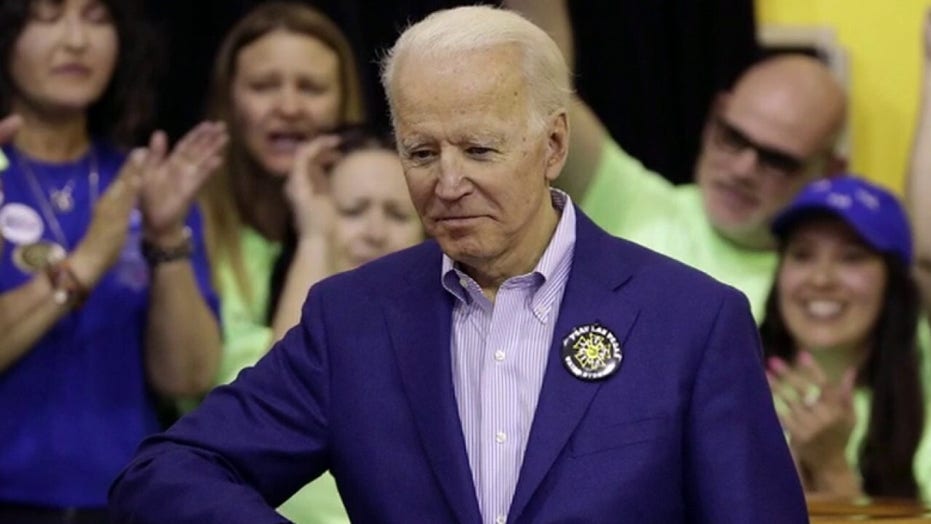 'It shocks me' so few media outlets are interested in Tara Reade's story,' says Ari Fleischer discussing how the press is covering sexual assault allegations against Joe Biden

Even if the sexual assault allegations by former Joe Biden staff member Tara Reade turn out to be false there are still problems the former vice president faces.

The first and most important of these is whether he can win his party’s nomination.

I’m generally suspicious when it comes to politics. Why has Reade waited until now to come forward? Biden has run for president before and several times for senator. He was vetted before Barack Obama picked him as his running mate. The timing seems too convenient.

Are there forces within the Democratic Party – supporters of Bernie Sanders, I-Vt., for example – who don’t believe Biden has the mental capacity to endure what will be a brutal campaign? Are they undermining him by canceling or delaying party primaries? Will he show up at his party’s convention (if there is one) with an insufficient number of delegates to clinch the nomination, setting off a “trade war” among delegates won by Sanders, Sen. Elizabeth Warren, D-Mass., and others?

Even The New York Times editorial board, no friend of President Trump, has called for a full investigation of Reade’s assertions.

Then there’s the question of how Biden presents himself. In the controlled environment of his home, Biden has had difficulty stringing together coherent sentences during online interviews and often seems confused. Trump is no great orator either, but the president comes off as Daniel Webster to Biden’s Porky Pig.

Biden’s positions on China have been especially uninformed. In a speech one year ago, Biden responded to fears expressed by some that Beijing was a major foreign threat: “China is going to eat our lunch? They’re not bad folks, folks…They’re not competition for us.”

Early this year he criticized President Trump’s decision to halt air travel from China, calling it “hysterical xenophobic.” He later changed his position, as he has on so many other issues. Could this have had anything to do with son Hunter Biden’s lucrative business deals in China?

Sen. Cory Booker, D-N.J., subtly raised the state of Biden’s mental health when he expressed doubts the former vice president could win the presidency without “fumbling.”

Republicans also have a file full of quotes from Biden’s fellow Democrats. Sanders may have been the most critical. During the debates, Sanders attacked Biden for supporting the invasion of Iraq, for his trade policies, which Sanders claimed cost the U.S. over four million jobs, and for Biden’s support of American trade relations with China.

Sen. Kamala Harris, D-Calif., also repeatedly attacked Biden. She said his criminal justice policies contributed to “mass incarceration,” that he opposed busing, and that he supported the status quo when it came to health care.

Only two months ago, Warren accused Biden of favoring the re-election of Senate Majority Leader Mitch McConnell and that, despite his claim to the contrary, Biden was not instrumental in the creation of the Consumer Financial Protection Bureau.

On the campaign trail, former South Bend, Indiana Mayor Pete Buttigieg repeatedly criticized Biden, saying his support of the 1994 crime bill “did so much harm,” that he supported the invasion of Iraq, which Buttigieg called the worst foreign policy decision in his lifetime, and that Biden had the same Washington, D.C., mindset when we need to “bring new voices” to the capital.

Sen. Cory Booker, D-N.J., subtly raised the state of Biden’s mental health when he expressed doubts the former vice president could win the presidency without “fumbling.”

Now they all have, or will likely soon, endorse Biden, claiming he would make a great president. Voters have a right to ask if Biden once made bad decisions, how will he suddenly make good ones as president?

These and many more sound bites from Democrats critical of Biden now and in prior years will likely show up in Trump reelection ads.