Tucker: Media embrace Big Tech censorship instead of pushing back

We're going to state the obvious: Donald Trump tweets an awful lot. Many wish he didn't do it. He does it anyway. It's often his preferred mode of communication.

Now, whether or not it's politically wise for him to do this, Donald Trump has an absolute right as an American to express what he actually thinks, even if every other person on Earth disagrees with him. When they used to tell you this was a free country -- and they often said that -- that's what they were talking about, the freedom of speech.

Well, sadly, it's become a much less free country recently. Power has become radically concentrated in far fewer hands than at any time in the past 100 years at least. And the people who wield that power have no interest whatsoever in your right to say something they disagree with.

In fact, they're delighted to silence you if you try. They're not embarrassed to admit that they do this. They don't pretend anymore. Twitter, for example, now openly purges its users whose political views their executives don't like. It's bewildering, if you think about it, that they're allowed to do this because, like all the Big Tech companies, Twitter only exists -- its CEO is a billionaire -- only because Twitter enjoys key exemptions from federal law, exemptions that you don't enjoy, and we don't enjoy here at Fox News.

It has those exemptions because Congress carved them out for the Big Tech companies, and that means Congress has the power to defend your free speech online. The White House does, too. And yet they've done absolutely nothing so far to help you.

Until Tuesday, Twitter returned the favor by leaving the commander-in- chief's Twitter feed alone. And then Trump criticized mail-in voting.

The president tweeted that mail-in ballots could be "substantially fraudulent."As s a factual matter, that is true and we can prove it. As we told you Tuesday night, mail-in ballots have been linked to numerous cases of election fraud. People have been criminally convicted for it. So, it's really not up for debate.

But this is an election year, and mail-in voting is now the central objective of the Democratic Party, and so you're not supposed to know any of that.

On Tuesday Twitter placed a so-called "fact check" on the president's tweet. "Trump falsely claimed that mail in ballots would lead to a rigged election," Twitter announced. "Fact checkers say there is no evidence that mail-in ballots are linked to voter fraud."

Now, again, as a factual matter, that is a lie. There's no other way to interpret it. But worse than a lie, it is a form of political censorship.

The role of pushing back hard against censorship, was reserved for reporters. Their job was to safeguard the First Amendment, which is designed to protect the weak, not the strong. The weak are protected by the freedom of speech, and journalists are supposed to care about the weak, about the public -- their readers and viewers.

So, who decided to do this, to censor it? Well, Yoel Roth has the Orwellian title "head of site integrity "at Twitter -- an irony-free zone where they don't understand that their titles alone are scary. That means he is one of the company's censors.

And not surprisingly, Roth is a political activist and not an especially subtle one. In January 2017, Roth compared Kellyanne Conway to the Nazi propagandist Joseph Goebbels. That same day, he referred to the president's new staff just moving into the White House as actual Nazis and a lot more. You can look up his Twitter feed if you want, assuming he hasn't pulled it down by now.

So, these are the people controlling what you're now allowed to think and say in America. They're authoritarians. If they're willing to censor the president, they will think of nothing at all of silencing you -- and they don't. They gladly do it, and no one pushes back.

Traditionally, that role, the role of pushing back hard against censorship, was reserved for reporters. Their job was to safeguard the First Amendment, which is designed to protect the weak, not the strong. The weak are protected by the freedom of speech, and journalists are supposed to care about the weak, about the public -- their readers and viewers.

They weren't supposed to be simply thugs hired to protect the powerful, but that's what they have become. Watch Don Lemon of CNN -- who, in his defense, often has no idea what he is saying -- try to bully Twitter into censoring ideas the authorities don't care for.

Don Lemon, CNN anchor: Twitter wouldn't remove those tweets, and they wouldn't come on the show to talk about their decision to let this disgusting smear stand.

People have been removed from Twitter for far less outrageous behavior. Come on, Jack Dorsey. Stop hiding behind the First Amendment for profit. Stop doing it. Do the right thing.

"Stop hiding behind the First Amendment," says Don Lemon. In the annals of cable news that must be the most unintentionally hilarious line ever uttered by a script reader, as if exercising your God-given inborn right to speech and thought and conscience is somehow wrong. It's immoral.

Don Lemon demands that you stop thinking for yourself. Fall in line, get on board, obey. Tow the party line, or we will hurt you. That's his message.

And it's the mirror image of what journalists should be saying. There's only one reason we have a free press -- and that's to fight back against authoritarian power structures that demand we read from approved scripts. And now CNN is writing those scripts. It's terrifying. And all of a sudden, it's everywhere.

Throughout April and May, YouTube, which is part of Google, took down any video that "explicitly disputes the efficacy of global or local health authority recommended guidance." If you dared to question the decrees of the politicians -- some of whom are impressive and wise, many of whom are dumb and making it up as they go along -- but if you criticize them, you are censored. And many were censored for doing that. 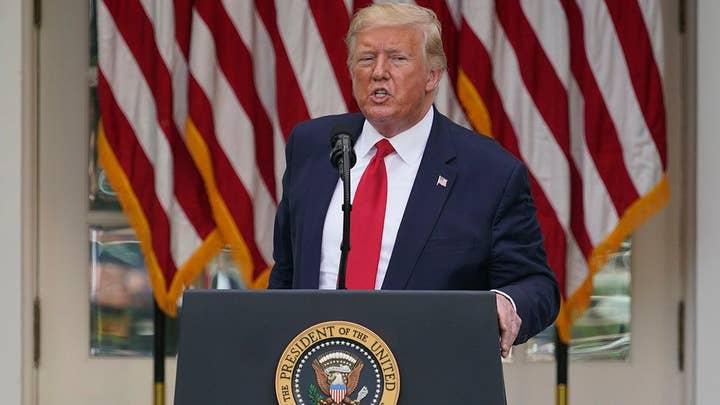 Mark Zuckerberg, CEO of Facebook: If information, if someone is spreading something that puts people at imminent risk of physical harm, then we take that down. We don't allow that on Facebook.

There are also other misinformation that may not lead to physical -- imminent risk of physical harm, but still isn't the type of stuff we want to be spreading through our system.

So this month, Facebook announced that it is expanding this effort. It announced the first 20 members of its new oversight panel. That panel will help decide which ideas can be expressed in public and which ideas must be thrown into the fireplace and forgotten forever.

And you can imagine who's on the panel. It's a list of political activists and aggressive opponents of free speech. Stanford Law professor Pamela Carlin headlines the group.

Pamela Carlin -- look her up when you have a minute. What do you think she cares about more -- safeguarding your sacred constitutional rights or keeping Donald Trump from getting reelected in the fall?

That's a rhetorical question, by the way. You know the answer.